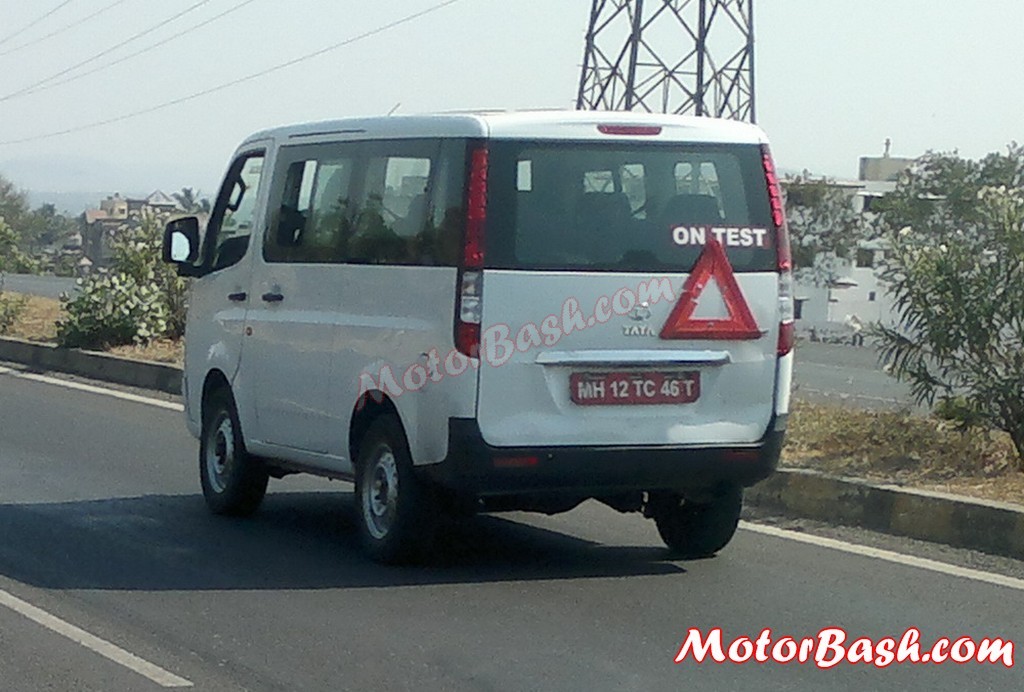 So, we have been witnessing increasing number of Tata Venture mules on Pune roads. We have caught and reported about a few of them earlier.

In this latest, we spotted a badgeless and supposedly entry level variant which sported ‘ON TEST’ badges at the rear. Now, what is known to all of us is that Tata is preparing Venture with a BS4 compliant engine to enable this people mover to be sold in the major cities of India.

And that engine is none other than Tata’s CR4 diesel mill which has been applauded for its frugality and linear power delivery. Venture has not clicked for Tata despite being a fairly good utility vehicle but with the introduction of this CR4 motor, Venure is expected to get better and will have a wider market to cover.

There is no official word from Tata regarding the launch of Venture CR4 but considering that the testing is in full swing we expect the launch to happen within a few months from now on.

Also Read: Next is the Upcoming 25kmpl Vista CR4