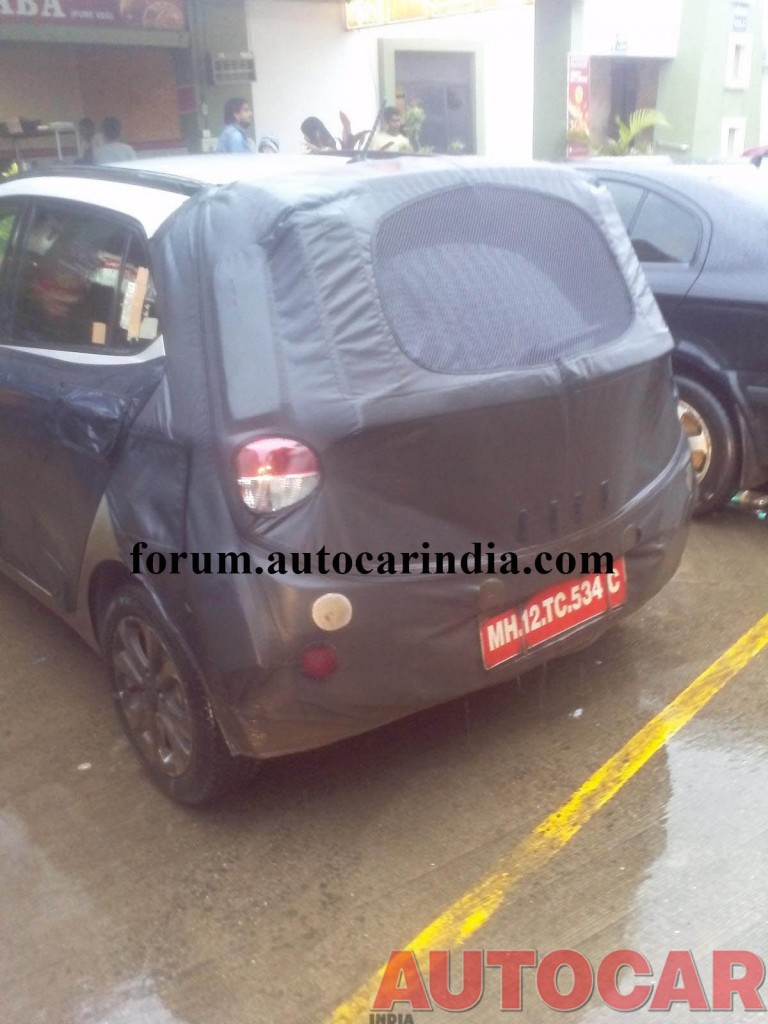 Spyshots of Hyundai’s Next-Gen i10 have become a regular norm these days over the Indian auto blogosphere! The new spy pics are being reported from Pune, which also hint at an ARAI connect. 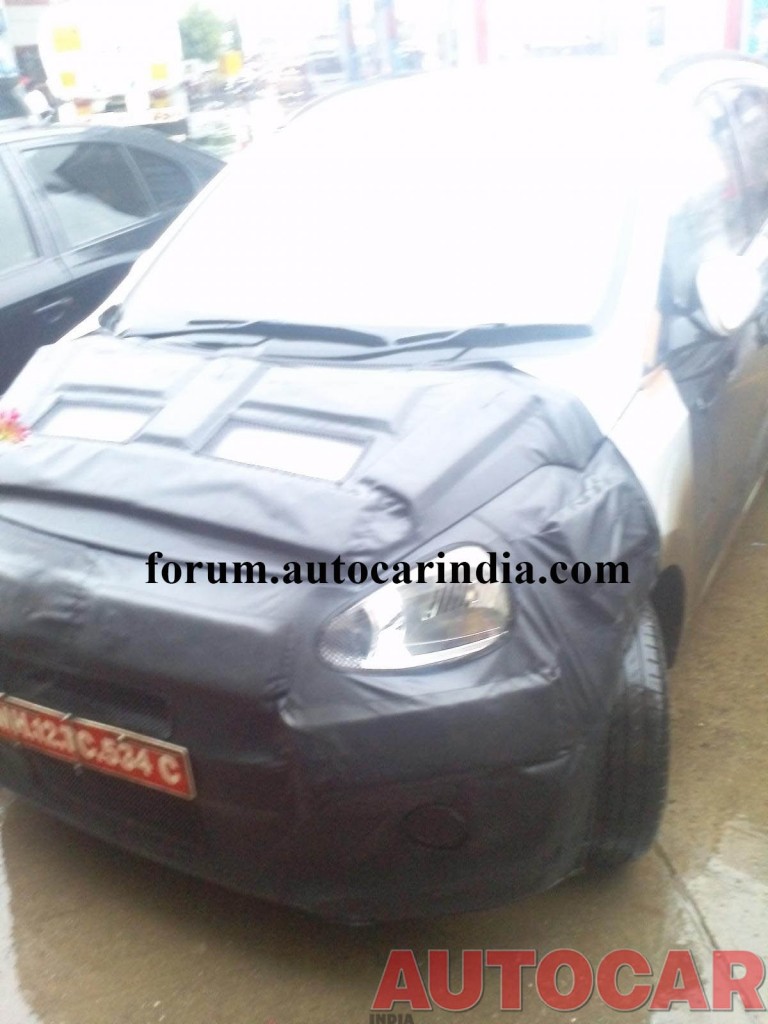 Nonetheless, these new spyshots coming from Autocar forum reveal the Hyundai’s interior bits. First up, it carries a Start/Stop button ensuring that Hyundai will load it to the brim. And the next revelation is the red/black dual tone interior combo. From the unclear pictures, it appears that the red color extends to the dashboard, seats and other parts of the car. Caught somewhere at the Mumbai Pune expressway, this mule reinforces our belief that the new i10 will be bigger than the current i10.

Next-Gen i10 which is codenamed as ‘BA’ will be officially unveiled at the Frankfurt Auto Show and an Indian launch is expected sometime in September or October 2013. Why is there such a wave of excitement regarding this new car is the fact that it will also be offered with a diesel engine.

A 1.1L CRDI diesel engine will propel the car, in turn, making it the smallest and cheapest diesel car from Hyundai’s stables. As with the petrol engine, we expect it to get only the 1.2L motor from the current i10. Against the regular norm, Hyundai’s next-gen i10 will NOT replace the current i10. Instead, it will sit between the i10 on sale and the bigger i20.

According to our analysis, Hyundai might price this new-gen i10 at somewhere around Rs 4-4.25 Lakhs for the petrol variant and close to Rs 5.25 Lakh for the diesel variant. You can read our quick analysis here.