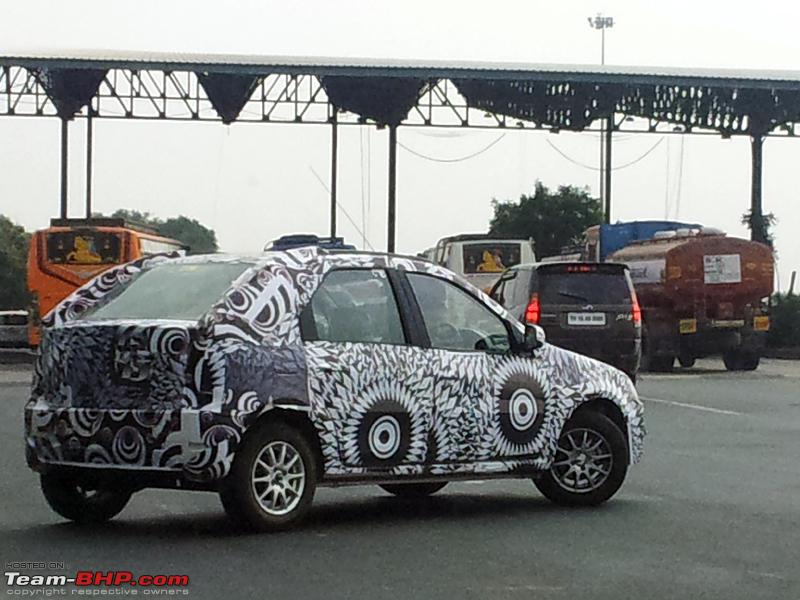 One of the most important upcoming launch from the house of Mahindra is the sub 4-meter version of their Verito sedan.

Mahindra has been testing it rigorously in and around South India and the car has been caught a few times but every time it has left new questions unanswered. In this new set of spyshots, we can make out Verito CS’ body proportions quite clearly for the first time.

These pics shared at Team-Bhp by CrAzY dRiVeR, quite interestingly reveal that the upcoming smaller Verito will look more like an elongated hatchback rather than a chopped sedan. In the picture below, observe that there is a very small peaking boot at the rear which can easily be missed out. With a sloping rear roof-rail, this new compact Verito doesn’t look like a 3 box car like the Dzire (however tiny the 3rd box is :P). 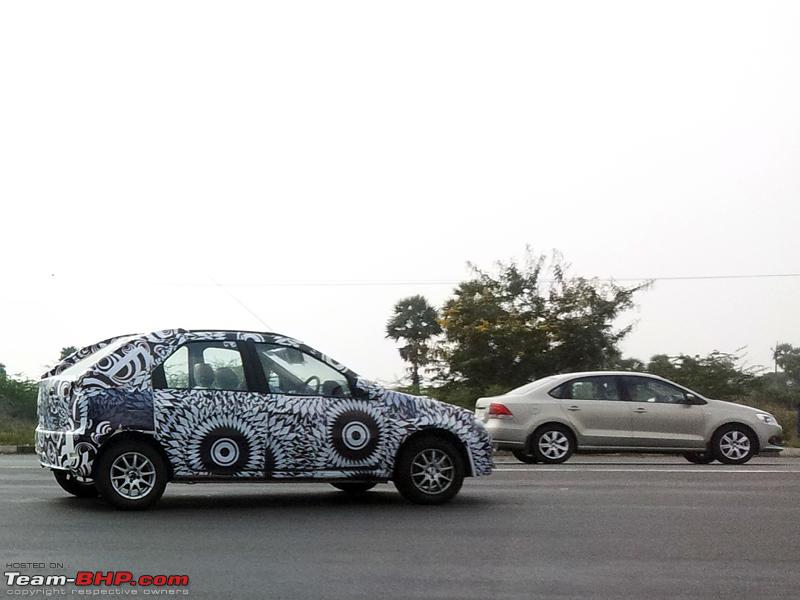 If noticed carefully, the alloy wheels are also a different set than what we have seen in the earlier mules. You can check out the spy video below from IndianAutosBlog.com which has a different set of alloys. This new compact Verito will come with only a 1.5L diesel engine which will be shared from current Verito. According to our estimates, new Verito compact might just start at a tad over 6 lakh for the base variant and the launch is scheduled for an end March or early April date.

From these new develoments, we have begun to understand the car a lot better and we are very interested in seeing how would Mahindra position and promote this new car as – a compact sedan or a big hatch?

Also Read: 4 Advantages Compact Verito might have over Maruti Dzire