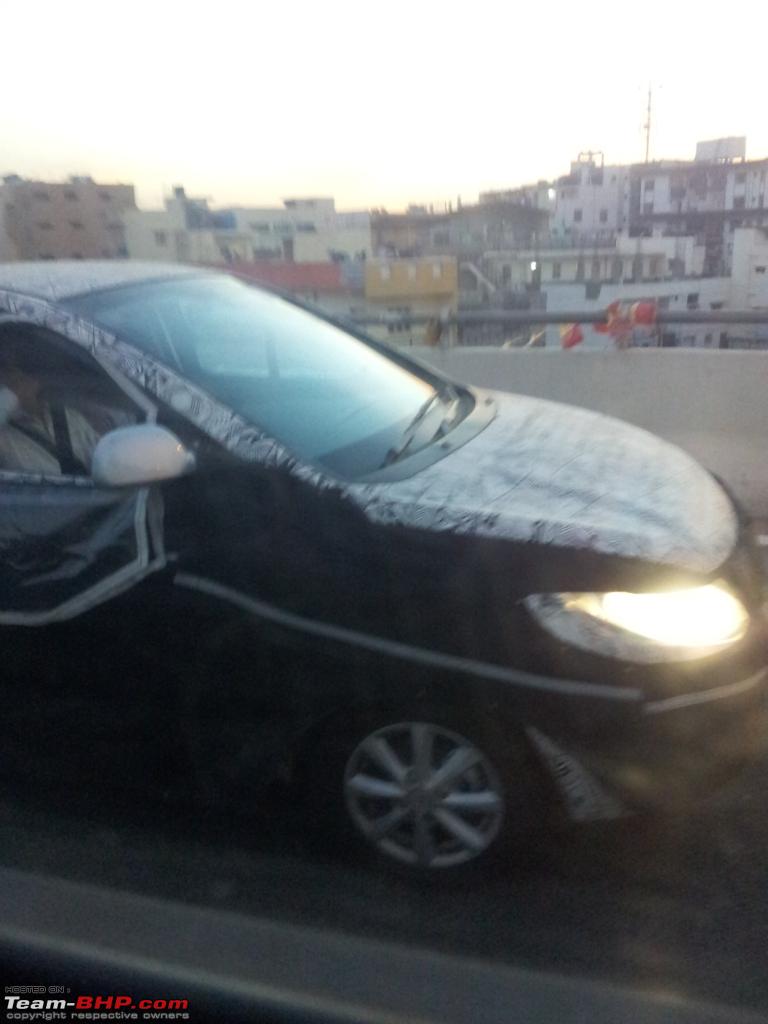 Tata Motors is a busy entity these days. As it strives to pick itself up from a miserable current position, spyshots of its upcoming vehicles are popping up like popcorn kernels from a half-open cooking vessel! The latest string has been unearthed by a Team-BHP member.

Few days back, we had captured the snaps of a Petrol Vista test mule as well as another vehicle accompanying it. As we had mentioned earlier, it appears the Vista Facelift will be a stop-gap measure for Tata till they bring in the new Falcon hatchback. Rumours also suggest that the new Vista and Falcon could co-exist with each other. 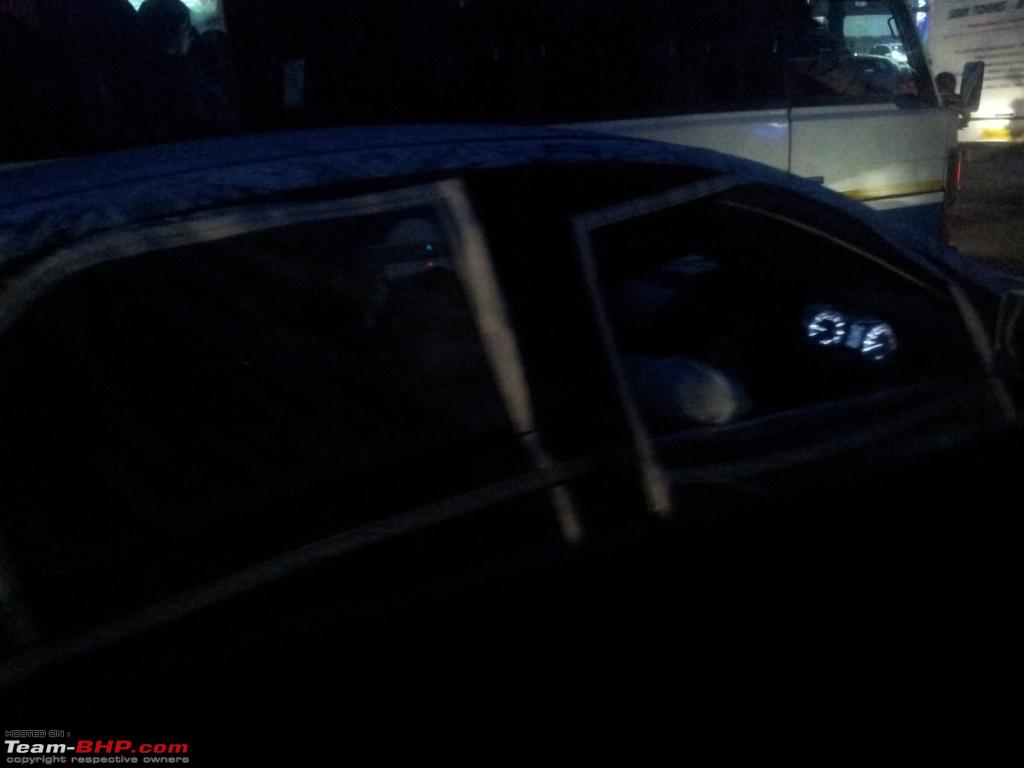 The test vehicle in question was spotted at BETL in Bengaluru. The Sun had begun its descent by then, and few of the images have been captured in the dark. Not much detail available there, but what we can make out clearly is the ghostly, bluish-white illumination of the dials. The thing to be noted is that the instrument cluster has been pushed rightwards to the driver-side position from its earlier centrally-located position. This is one move that, we feel, will be applauded by many. 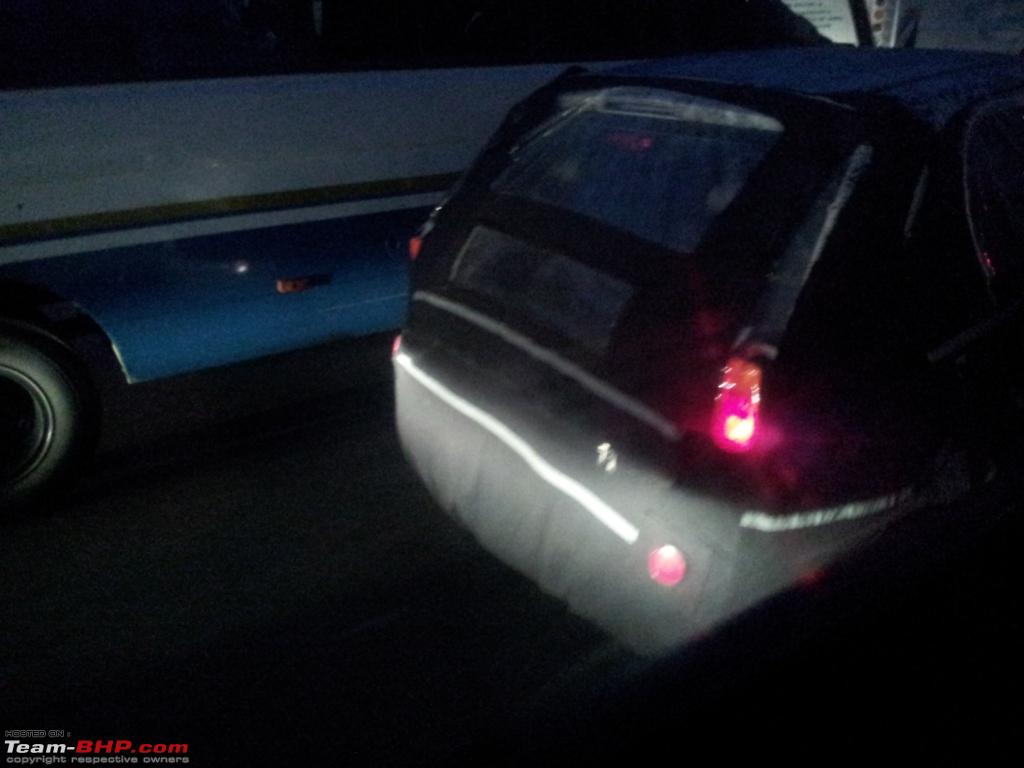 The person who snapped the images of the test vehicle says that the instrument cluster of the test vehicle was a shift towards that of the Maruti-Suzuki Swift, with two large round dials flanking a tiny rectangular strip of information on a LCD screen. Other than that, we can see that the tail-lamps do not posess the christmas-tree configuration. It appears Tata is trying to bid goodbye to the old image of the Vista by bringing in some radical design elements onto this facelift.

Engine options will include both diesel and petrol variants. The familiar 1.3 liter Fiat Multijet turbo diesel engine and the 5 speed manual gearbox will be retained. As a petrol option, we might get a new 1.2 liter turbo petrol engine derived from the older 1.2 liter XETA engine. There are speculations about the 1.4 liter CR4 engine from the Indica eV2 being offered as a choice, too.

We feel Tata could unveil the Vista facelift at the 2014 Delhi Auto Expo. Frankly speaking there are a lot of conflicting reports on this. An earlier report says that there is this Vista facelift and then we have the Falcon (codename) and the upcoming ‘Kite’ hatchbacks.

Whatever it is, frequent spottings suggest that there is a lot cooking up at Tata and things will get clearer with time.

In another report by Cartoq.com, it is reported that Tata has discontinued the performance oriented Vista D90 hatchback from the market to make way for the new Vista.

We are glued to all the developments…