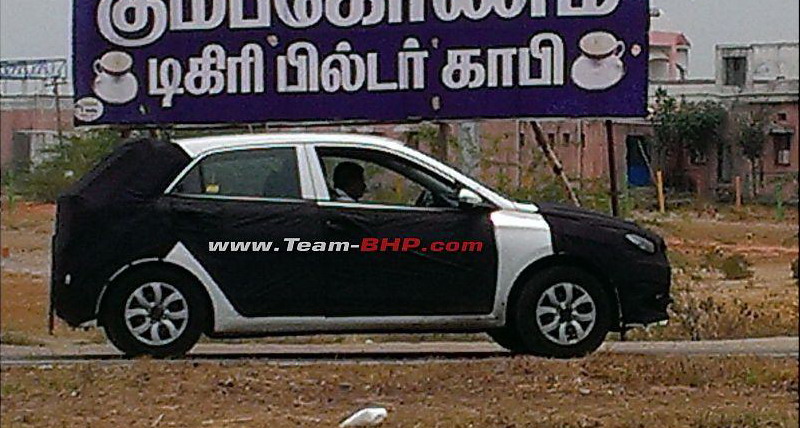 You have seen a lot of spyshots of the next-gen i10 in India and here comes the first ever shots of Hyundai’s next-gen i20 mule which was earlier spotted in Korea a few days back.

Spotted simultaneously by respective readers of Team-Bhp and Autocar India, one thing looks apparent is the increased size of the car. Autocar further reveals that this next-gen i20 is being prepared for a launch in India sometime next year. More interestingly, Honda is also preparing a full-fledged shot at i20 in the form of an all-new Honda Jazz, renderings of which made way a few days back (Check here). 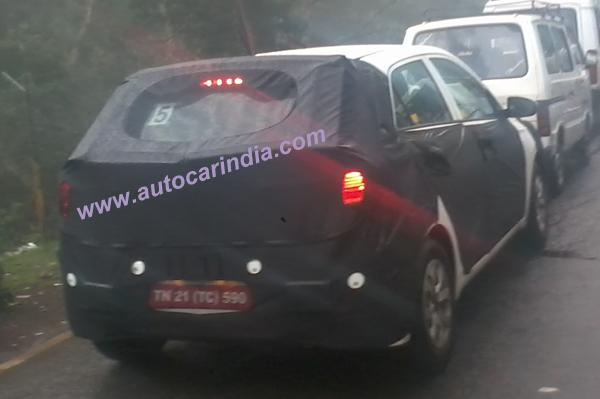 As has been the trend, this new i20 will have a further fluidic design language. The current Hyundai i20 looks superb and dynamic and it would be interesting how much different and better Hyundai can make it in the newer avatar. Now, that the speculation and the visual appearance does predict that it might be bigger than the current i20, Hyundai will really need to consider the 4 meter mark for the Indian version. The current i20 falls short by a meager 5mm from being considered as a ‘Medium Sized’ car and hence attract a higher 24% excise duty (from the current 12%).

Since these are unexpected developments, we are unsure what time frame is Hyundai planning to officially unveil the car in. Hyundai is also testing their Next-Gen i10 in India which is slated for a launch towards September this year (Spyshots). Apart from that the New Santa Fe (Spyshots & Details) is also being tested for an Indian innings and it should make way into India sometime this year.

So, its a lot happening at the Korean camp and these frequent developments must have ensured a few companies to reconsider their strategies!