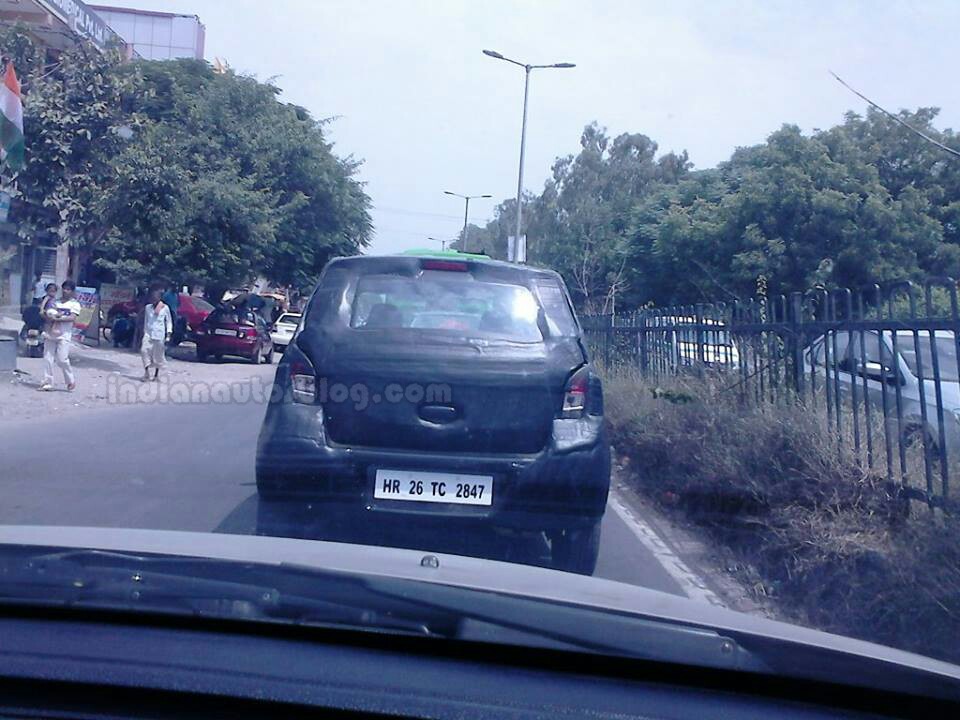 Maruti-Suzuki is continuing the extensive road trials of its next-gen A-Star on Indian roads. An Indianautosblog.com reader, Mukesh Khanna has managed to click the pictures of this test mule near Delhi.

This Next-Gen A-Star was caught for the first time in India last week, with similar dark camouflage. We had talked about it here; you can infer from the registration plates that it is the same test mule that has been busted in both the incidents.  Nevertheless, things seem to be moving at a fast clip for the supposed replacement. There is a void left by the shelving of the Zen Estilo, and Maruti-Suzuki would like to slip something over there quite soon by placing the next A-Star in the lineup. 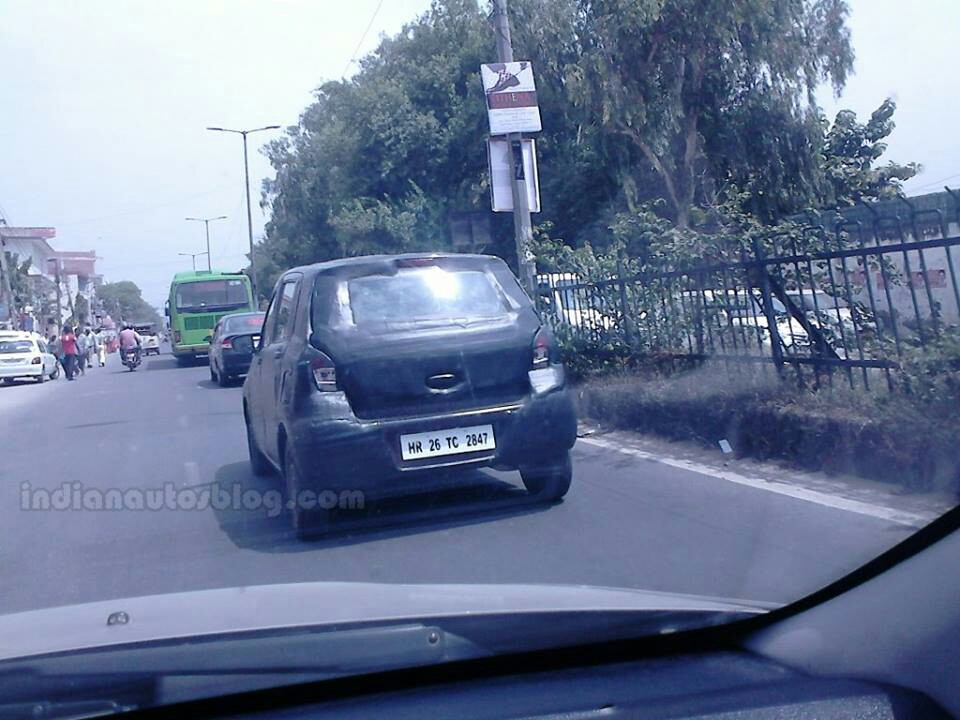 This next-gen A-Star is codenamed as the YL7. It would be a global model, being named as the A-Star here in India but as Alto in the rest of the world. The model will be the 8th Generation model of the Alto model, which has a rich legacy and dates back to 1979. There is a rumor going around that the next-gen A-Star could also spawn a compact sedan derivative. We, however, feel that it is the A-Star that will only be unveiled at the Delhi Auto Expo 2014.

In fact, Maruti Suzuki CEO Kenichi Ayukawa stated recently that the company was developing a “Series of Products” and some of them would be hogging the limelight at the Auto Expo 2014. 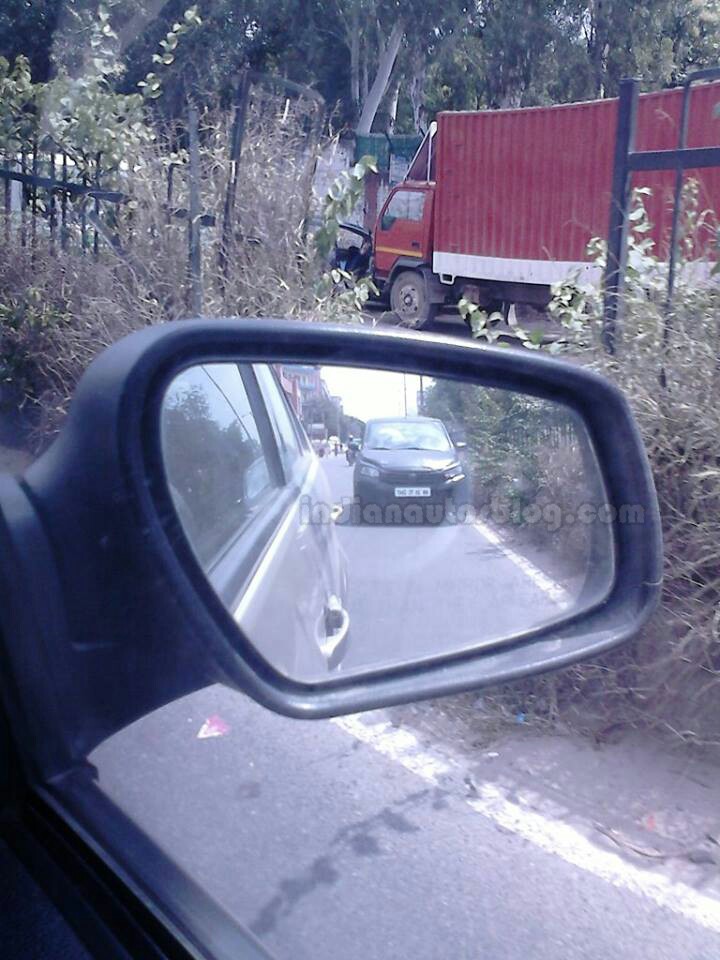 Maruti-Suzuki is currently working on a host of small-capacity engines, ranging from 0.8 Liters to 1.4 Liters. Hence, we feel one of them could power this all-new A-Star. Most probably, it will be the 800 cc engine. All these engines being developed are turbo-diesel units, hence the 800 cc will be no mean thing. A fuel-efficiency figure of around 25 kmpl would also not be an unreasonable one, thus giving a fillip to the model’s prospects at the lower rungs of the automobile pyramid.