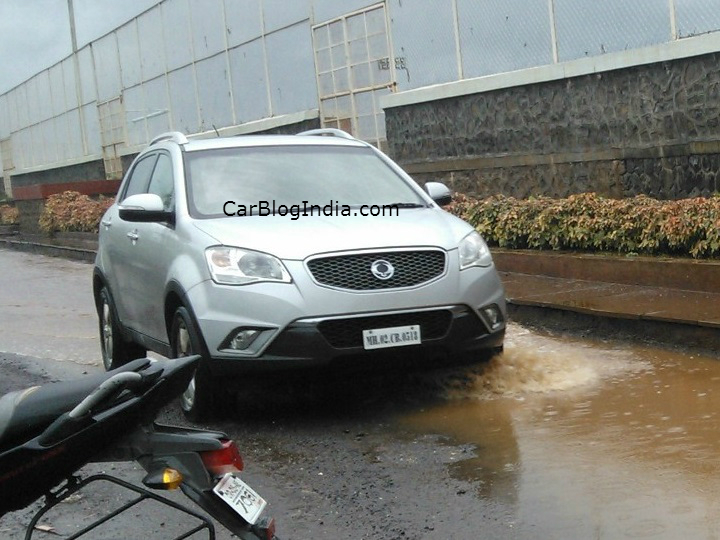 After Mahindra took over its reins, Ssangyong has been able to make its way out of sagging fortunes. Its sole Indian offering currently, the Rexton, has been getting fairly good responses. To further bolster Ssangyong’s footprints in India,

Mahindra seems to have plans of launching other products from the Korean’s stables.

After a recent spotting of 2013 Rodius in Mumbai, we have the latest spyshots of Korando which was caught testing by the folks at Car Blog India. The SUV was spotted in some hilly areas near Pune. Reportedly, the Korando’s driver seemed to be in a hurry and did not bother to give a second glance when requested to pull over. Interestingly, the SUV wasn’t carrying even the slightest shred of camouflage.

These are not the first spottings of Korando. It has been caught earlier on our soil as well but that was more than a year back. These recent spottings do give us a possible glimpse of what is in store for us. Though we can not claim this to be a test mule per say, but it definitely has some or the other relation with our market. 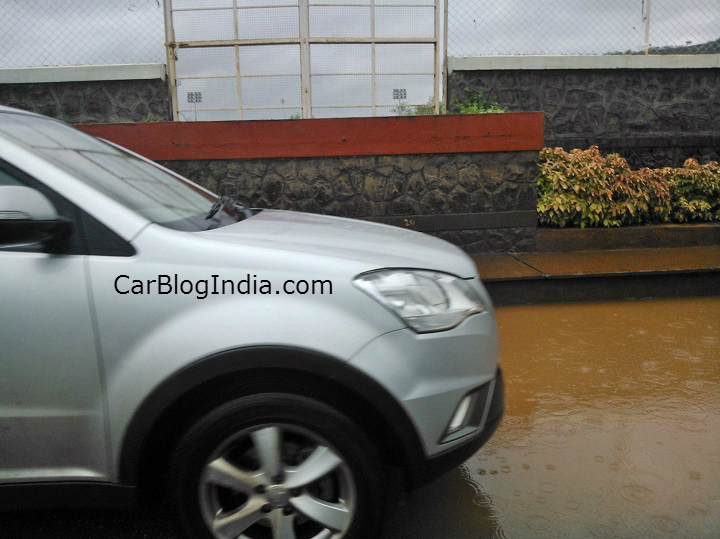 The Korando is Ssangyong’s first vehicle based on a Monocoque chassis that can best be said as a crossover SUV. It weighs less and hence comes at a pretty good power/torque to weight ratio. The Korando’s wheelbase could be somewhat short at 2,650 mm, but hey…it is a Crossover…isn’t it??

Under the bonnet, we hope to find a 2.0 litre Turbo Diesel motor that puts out a meaty 173 BHP @ 4,000 RPM and a peak torque of 360 Nm @ 2,000 RPM. Mahindra might offer the options of a six-speed automatic transmission as well as a six-speed manual transmission. An All-Wheel-Drive system is probably the most likely candidate, but a Front-Wheel-Drive does possess its own chances of making through. 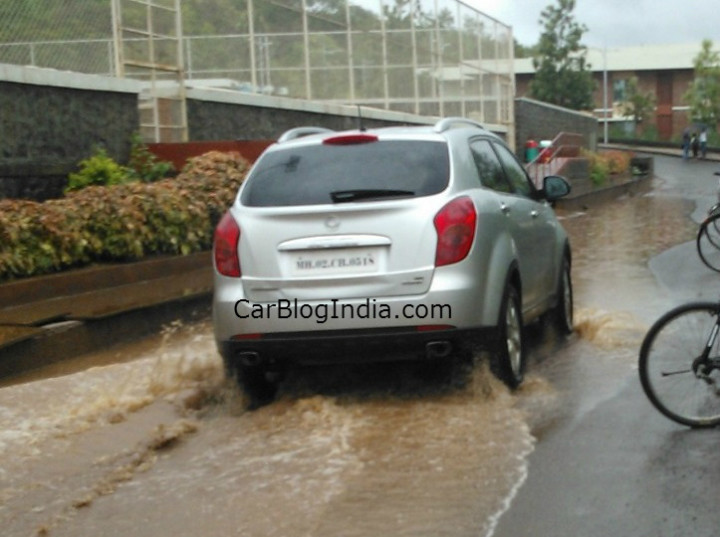 Though the Korando boasts of some premium features like Smart Key and heated seats etc on the international model, what could pose a roadblock to its sales in India is the 5-seater-only option. Mahindra will have a daunting task of placing the Korando in its lineup. They have very limited space between XUV5OO and Rexton and with the speculated lower and higher variants of XUV5OO in the pipeline, it become an even tougher task.