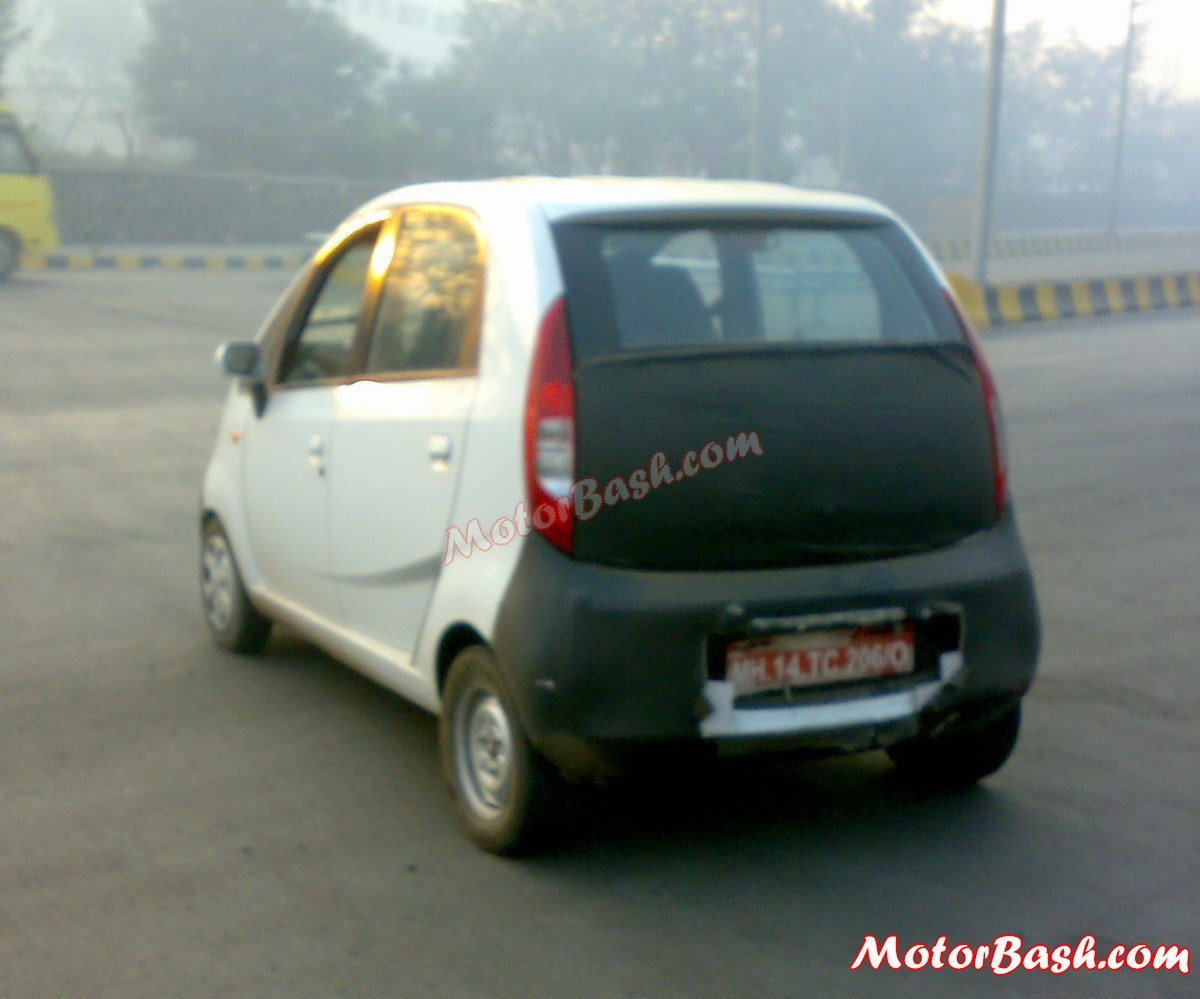 The first ever test mules of Tata Nano diesel surfaced in April- May 2012 when we shared exclusive spyshots of the car under test.

It brought about a large cheer to everyone’s faces who were waiting eagerly for the cheapest diesel car which is touted to change the market dynamics in the country. Soon after, the spottings of test mule stopped and speculations of Tata moving the launch further started cropping in.

After witnessing falling sales everyday, it seems Tata has intensified Nano diesel’s testing. A few days back we again saw Nano diesel mules ‘On Test’ on the streets of Pune. And here we have another shot of a new test mule doing rounds carrying a diesel heart which is speculated to be 40kmpl fuel efficient. This picture was shared by an avid MotorBash reader who spotted this Tata Nano diesel around Tata Motors plant in PCMC.

He also reports that the car was doing fairly decent speeds for the period he was following it. If we are fortunate enough, we might see more pics coming in since this car has been spotted at a defined route and a has been spotted filling diesel at the same diesel bunk.

So lets summarize what we know about Nano diesel so far:

A lot will be riding on Nano diesel’s back to carry Nano’s sales to the desired levels. If priced well this Nano diesel will have the potential to catapult Nano to possibly become the largest seller in India. Let’s wait for more details to pour in.