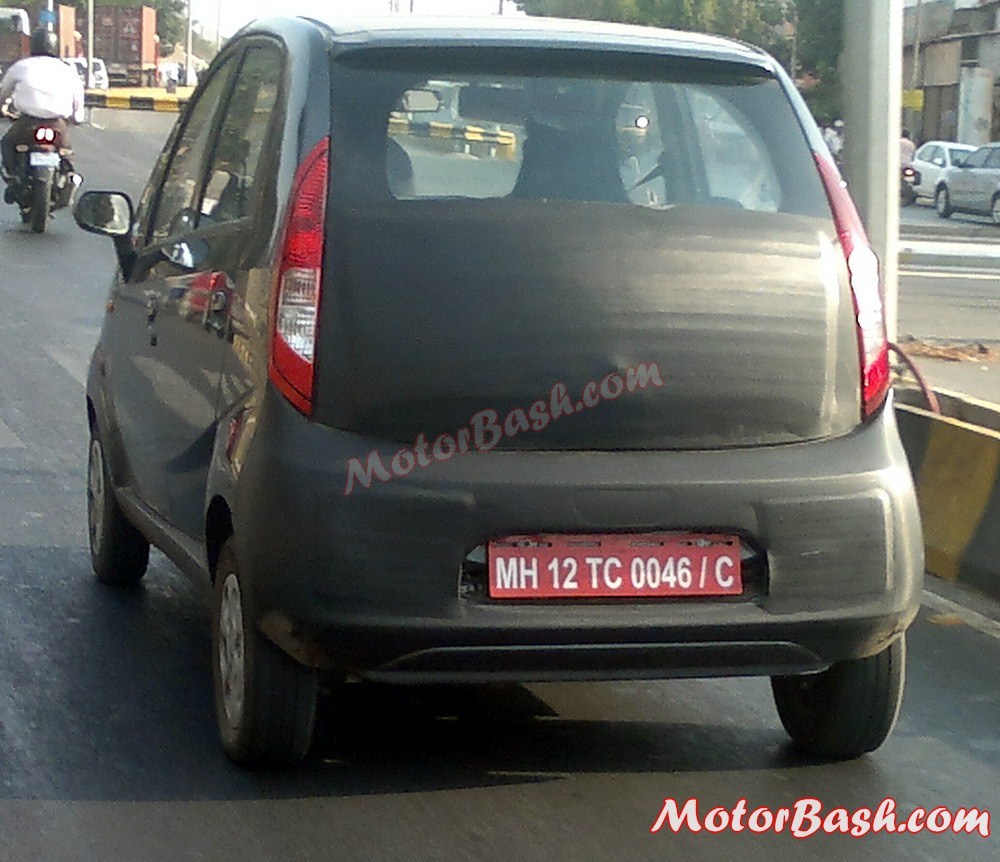 Standing today, Nano is not able to fulfill Tata’s Sanand plant’s capacity by more than 20-30 percent! Nonetheless, Tata is still adamant that the product is still capable of doing wonders for the company and we also echo the same thoughts. Nano just needs a correct marketing and brand push.

And what we are showing you here are spyshots of the variant that can do it for the company – Nano Diesel! Tata is preparing the diesel for sometime now and we are sharing with you live on-the-road pics of the tiny tot in its gas guzzling avatar.

When we also shared exclusive spyshots of a white diesel Nano mule which also gave us a sneak peek into its interiors. Now, today we show you the Nano with emitting black smoke of diesels. Caught around the Tata’s plant in Pimpri, this diesel engine was very slightly higher in noise than the petrol Nano. If you notice, Tata has redesigned the rear bumper to accommodate the bigger diesel engine and the exhaust pipe is also towards the left hand side (in comparison with the center position for petrol Nano). Incidentally, it is caught with its regular on-sale Nano and you can yourself make out the changes.

At a traffic signal, we caught up with the driver and posed a few questions to him. He, reluctantly, admitted that this is the Nano diesel which he is testing. When we tried to get more revelations, he said he is not aware about anything and he is just there to drive the car for the allotted kilometers everyday. On the inside, the interiors, including the center mounted console, appeared to be very similar to the current-gen Nano.

Tata will power the Nano diesel with a 0.8L diesel mill that will have a capability to churn out 40PS of maximum power output and will be world’s smallest diesel engine with a turbocharger, which will be sourced from Honeywell (More Details). The most promising aspect of Nano diesel will be its fuel efficiency figures which are speculated to hover around a whooping 40kmpl! 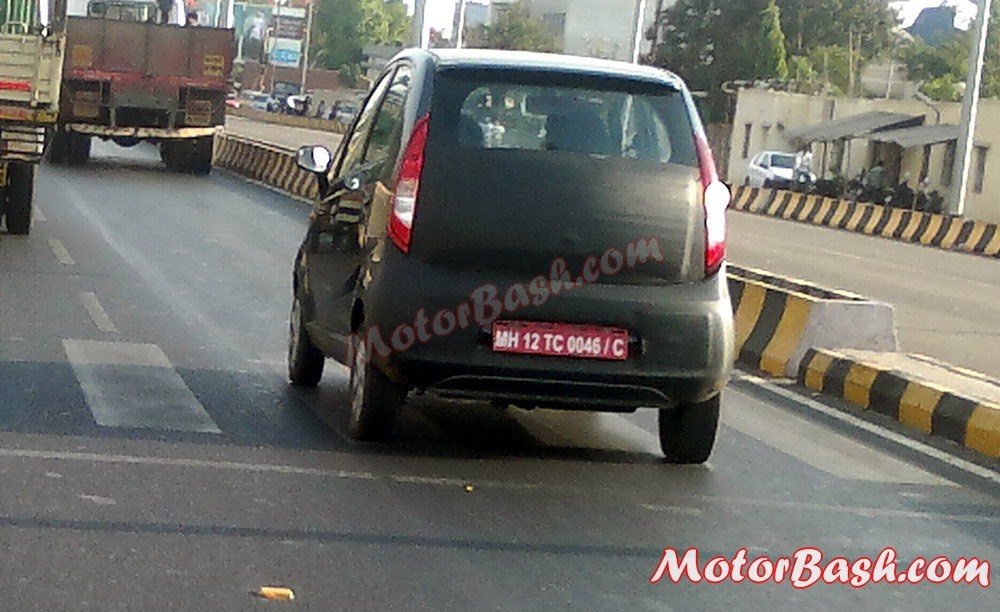 Tata has delayed the launch of Nano diesel as it is going through a massive quality check drive internally. Expect Nano diesel to make way towards the end of this year or probably early next year into the Indian (and a few international) market.

Meanwhile, Tata is also preparing the 2013 version of regular Nano which will come with a host of cosmetic (and possibly a few mechanical) changes (Check Pics & Details). Alongwith, Tata has also the Nano CNG in pipeline, spy pics of which we have shared with you many months ago.