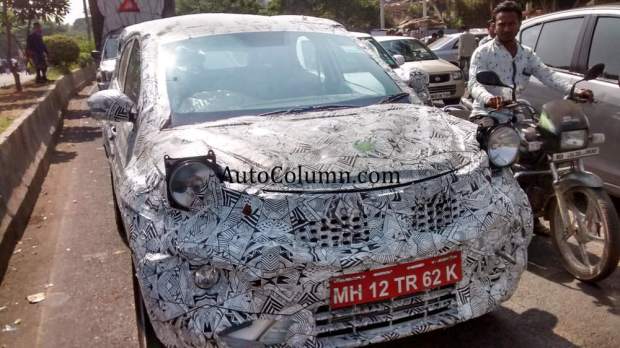 After getting a massive beating in car sales, Tata sat down and chalked a revival story with new products. They called the strategy Horizonext and launched products like Zest, Bolt, bettered Nano etc. The next in line are the Zica hatchback and a sub 4 meter sedan based on it.

Apart from this, Tata will venture in one of the fast moving segments – Compact SUVs with their first product – a Nexon based  SUV, which was displayed at the 2014 Auto Expo in concept form. After almost two years, this Nexon compact SUV has been spotted on the roads for the first time!

Codenamed as the Osprey (X104), the Nexon test mule, spied by the folks at Auto Column, is covered in heavy camouflage but shows off a rear window with a tapering quarter glass panel which is pretty much like the concept model. The sub 4 metre SUV will be positioned against the likes of the EcoSport and the upcoming Maruti Brezza (YBA). 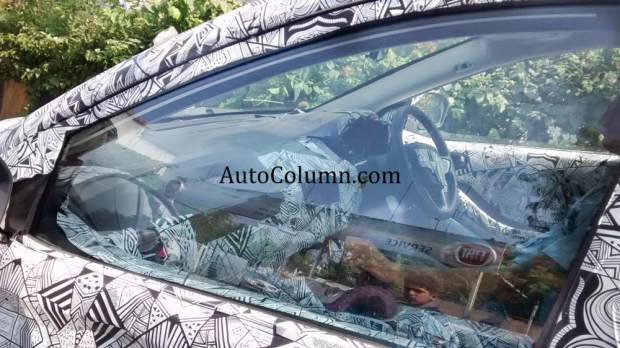 The test mule shows off an aggressive grille plastered with ugly camouflage and those dummy head lamps will get replaced by swept back units. The bumper is different and overall, the face appears to be more muscular than the relatively car-like front of the concept.

The concept version produced 110 PS of peak power and a very impressive maximum torque of 170 Nm from its 1.2 liter Smart-Boosted petrol engine with a claimed top speed of  180 kmph! However, the production version may or may not get this motor. We expect a more powerful version of the current 1.2 Liter Revotron turbocharged petrol motor to propel the car along with the 1.3 liter Multijet diesel engine. 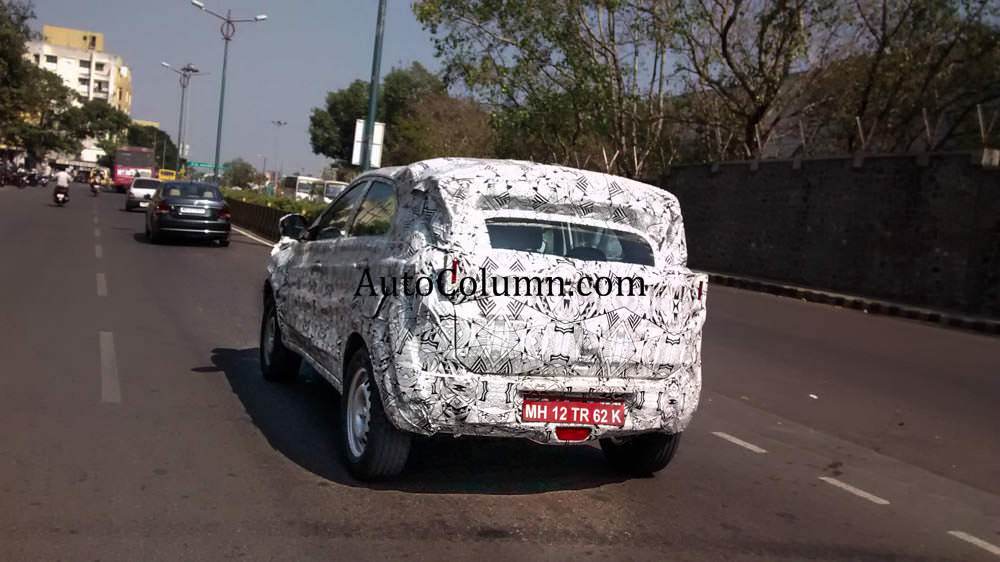 The tyres look chunky, and though they will surely not be the 18 inchers of the concept, we believe Tata may opt for 16 inch rubber, at least for the higher variants.

Nexon, in its production version is expected to be showcased at the Delhi Motor Show in February and looking at the completeness, we do not see Tata launching it anytime before the second half of the year.