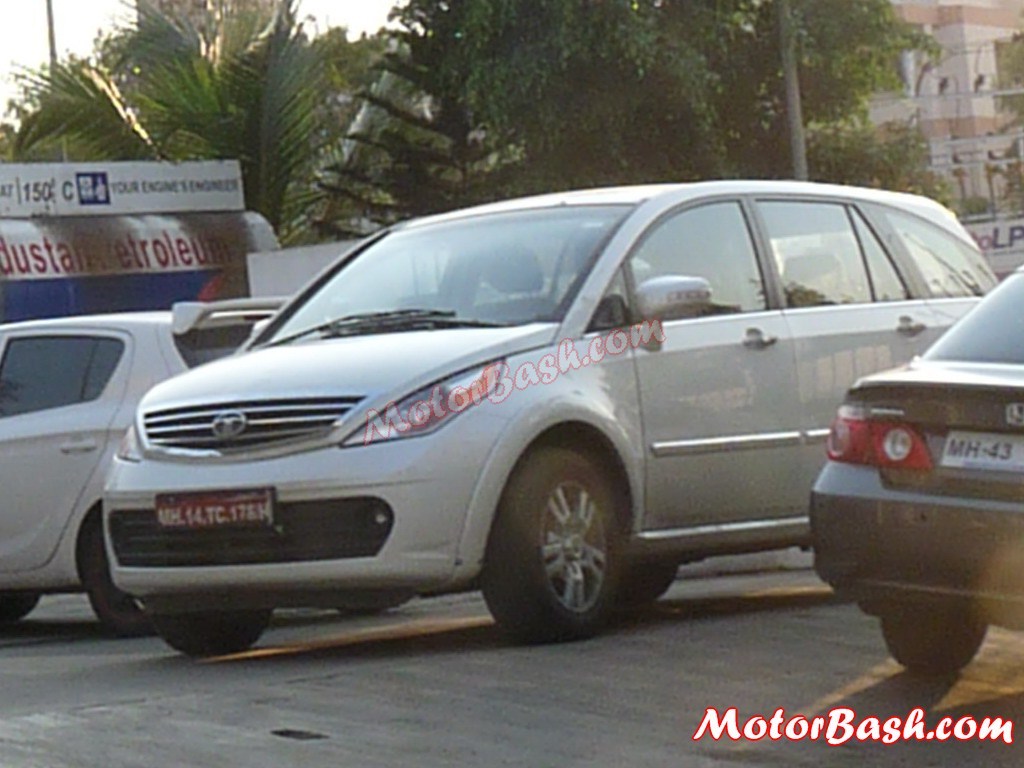 We brought to you the first ever spyshots of the 2013 Tata Aria which was caught with smoked headlamps. Later on Tata showcased the new Aria at Geneva Motor Show very recently and gave away what all we can expect from the upcoming refresh of the ailing crossover.

At Geneva, Tata’s updated Aria had the same 2.2L DICOR motor but with more oomph. It produced 155PS of power output and 400Nm of torque. Compared to our current Indian Aria, this is approximately 15PS and a massive 80Nm higher. Another big addition was the presence of a 6-speed Automatic Gearbox.

It also sported cosmetic changes like a dual-tone color tone at the outside along with refreshed headlamps and taillamps. This Aria we spotted yesterday, is suspected to carry the more powerful motor and/or the Automatic Transmission as well.

We know that Tata is going to launch the new updated 2013 Aria sometime this year and we have high hopes that Tata will not limit it to only the cosmetic changes that we have seen. The 2013 Tata Aria, with a more powerful motor and competitive prices will definitely pit it deservingly against its (pricewise) arch rival Mahindra XUV5OO which is enjoying a fabulous run at the sales charts.

1 thought on “SPIED: Tata’s 2013 Updated Aria Continues to Get Spotted”