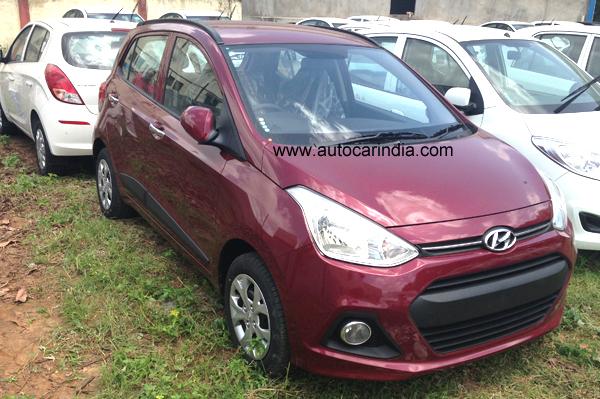 The Hyundai Grand i10 was unveiled a few weeks back. Unlike Europe which got the next-generation i10, we Indians received a different version of the current i10, called the Grand i10. It will be launched commercially on the 3rd of September.

In these first clearer spyshots by Autocar India, the Grand i10 possesses bigger proportions and chunkier looks as compared to the existing i10. It will be placed in between the existing i10 and the i20 in India. Featured here are the Sportz and Asta variants.

The two-tone interiors of the Grand i10 are clearly visible from these spyshots. Circular air-conditioning vents are present, and we have a dashboard mounted gearshift lever like that on the i10. An audio system is visible and it should have Bluetooth compatibility as well as USB and Aux-In features.

The Grand i10 will be available in the following 4 trim levels: 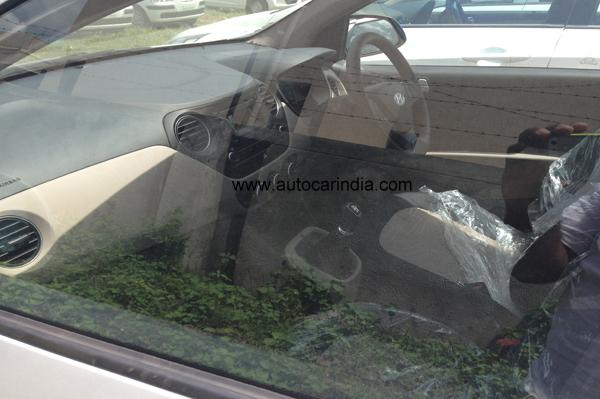 Notice that these trims are similar to the current i10 1.2 and the Grand i10 misses out on the base D-Lite and Era trims. This further makes us feel that to create proper space, Hyundai may completely stop the 1.2L i10 and continue with the 1.1L engine only, after the launch of Grand i10.

The higher trims of the Grand i10 will receive alloy wheels and chrome door handles. Other added features will be electric wing mirrors along with a system for keyless entry and start. ABS will most probably be present only on the Asta (O).

The car will come with two engine choices. One of them will be a 1.1-litre, three cylinder U2 VGT diesel motor which will make its debut here in India and will produce an expected 70bhp of power and 170Nm of torque. Hyundai has already claimed that it will the most fuel efficient engine in its class, however, no figures have been revealed yet. The other option will be the familiar 1.2-litre Kappa2 petrol engine with a four-speed automatic tranny as an option. 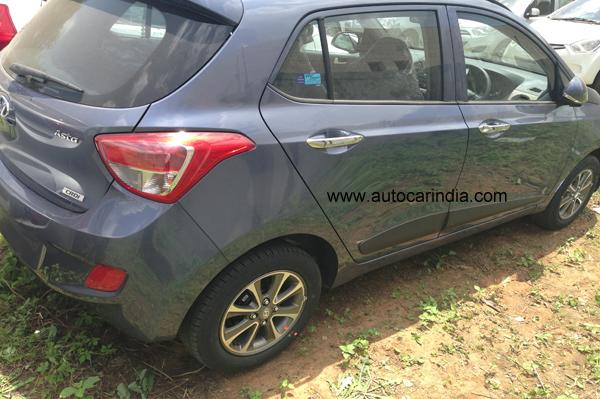 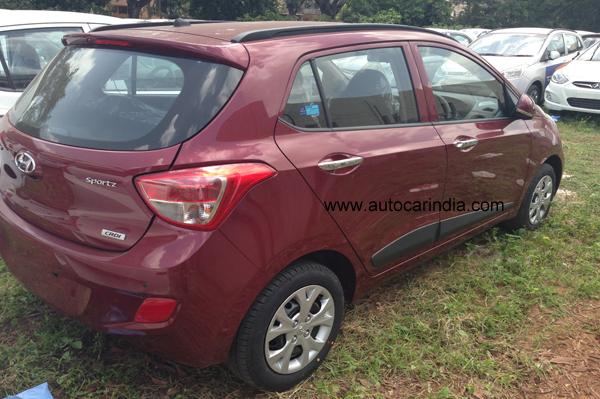 But it is the diesel variant that will be the talk of the town since it is fresh and Hyundai’s smallest for India. According to our calculations, Grand i10 1.1 diesel may start at Rs 5.49 Lakhs for the base variant.

So, will you ditch your plans for Swifts and Figos to go for the feature rich and expectedly more fuel efficient Grand i10?

Read All About Grand i10