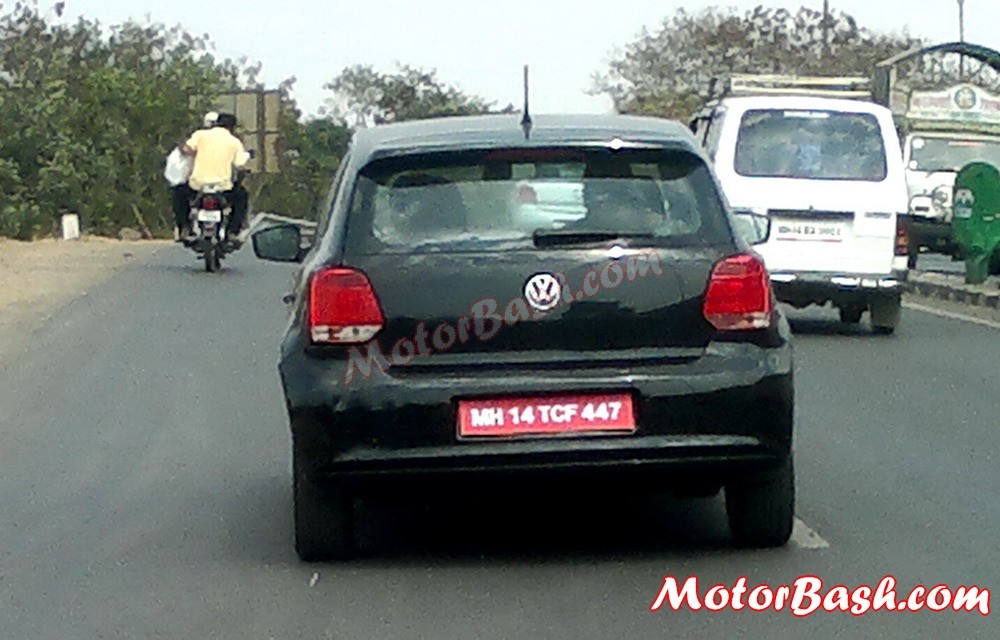 So all you power junkies, hold your breaths as the hottest hatch is coming to town. Yes, among the recently launched so called hot hatchbacks Volkswagen Polo 1.2TSI is the real deal.

We have reported about numerous sightings of the car and yesterday we spotted a couple of test mules zipping across the outskirts of Pune. One of them was silver colored and the other one (in the pics) is the black colored mule. Both the cars were stripped of their badges at the rear to avoid any clear giveaways. However, the front grille had a small tapped area most probably the badge with which the car will be called. So either it was ‘TSI’ or ‘GT’ that Volkswagen wanted to hide.

Volkswagen 1.2 GT TSI will be powered by a 3 cylinder turbocharged petrol motor which is capable of producing a hot power output of 104PS and 175Nm of torque. These figures put this smaller 1.2L TSI as torquier (22Nm greater) and similarly powered as the 1.6L naturally aspirated mill. And if you are still not floored, this 1.2 TSI mill returns a claimed fuel efficiency of 17kmpl which is significantly greater than 13kmpl of the 1.6L motor. 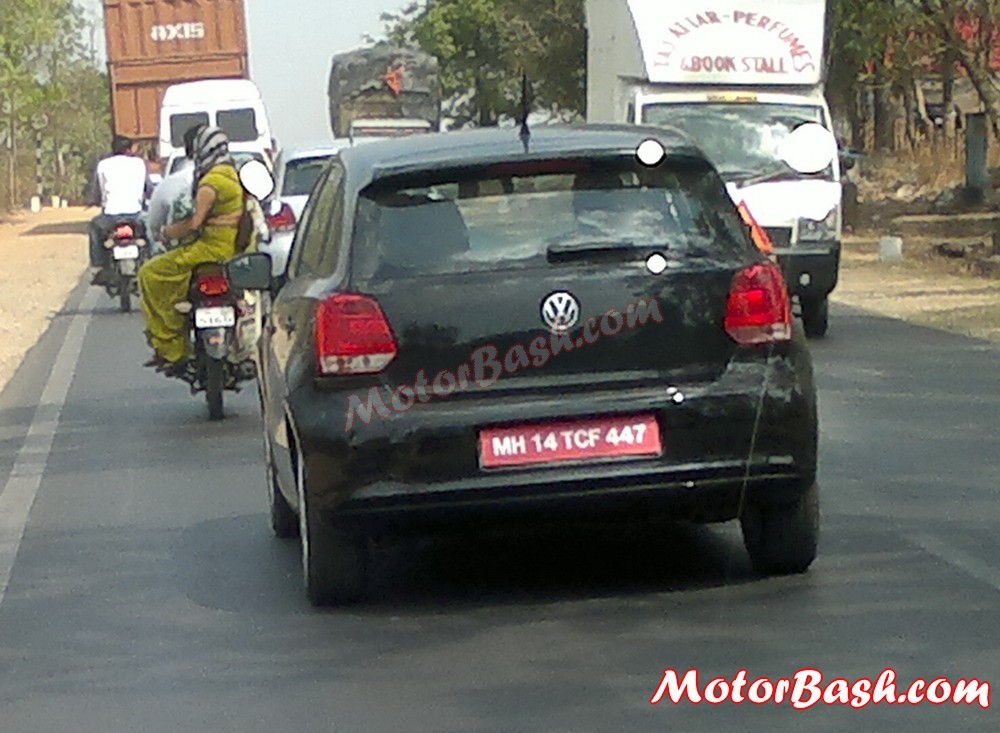 According to the reports making waves across the web, this Polo GT TSI will be launched in India in April (might be on 24-25 April) and will come only with a 7-Speed DSG gearbox. It will be interesting at what price band will this car be placed. Since it is a smaller 1.2L petrol motor, it comes under the lower 12% excise duty (Polo 1.6 did not). However, we do not expect any significant impact of this in how Volkswagen will position this car.

So, if you have been waiting for a real hot hatch, your car is about to reach your next door Volkswagen store, start accumulating!

Also Read: List of All 5 Upcoming Variants of Volkswagen Polo