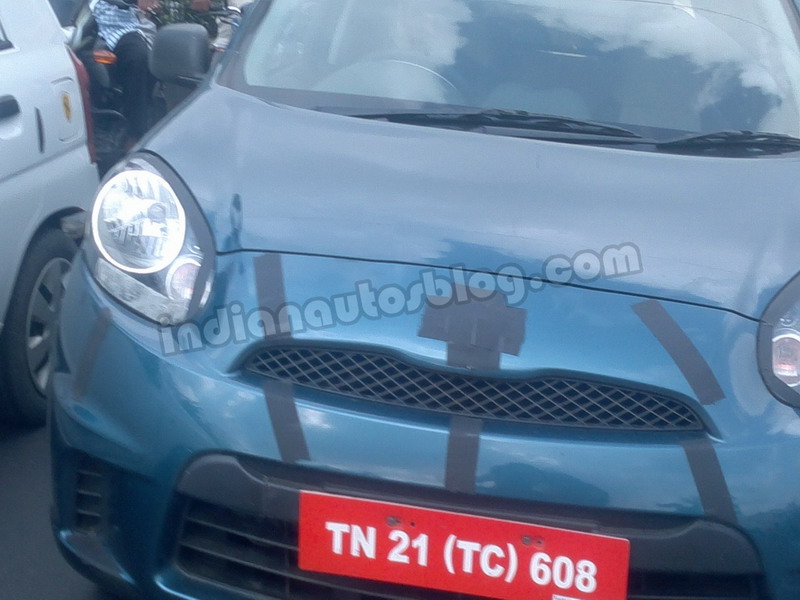 We know it might be a little confusing for people who are are not following Nissan Micra’s developments in India. So, at the onset, let us clarify to all of you that Nissan is actually preparing two new models of Nissan Micra.

The first one is this Micra price cut variant which will be launched at a reduced price tag and obviously sans a few features. Spyshots of this car has been making rounds over the web for sometime and it might be called as ‘Active’. The other one is the facelift to the regular Micra that only MotorBash has exclusive spyshots of.

Codenamed at GO2A, this price cut Micra mule which has been spotted by a reader of Indian Autos Blog features a few changes to the ones that were earlier caught. This price cut Micra reportedly carries a newer bumper, refreshed headlamps, honeycomb mesh and it comes sans the chrome strip. 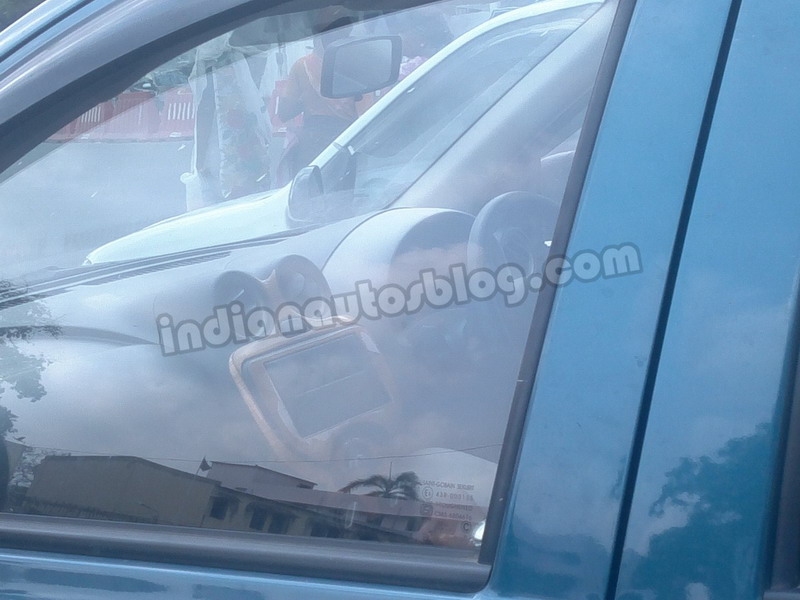 If we observe carefully this car, understandably carries black colored door handles, no fog lamps are present and a few other cost cutting measures to clearly give us a hint of a lower price tag that this car will be tagged with. It is claimed that this Micra variant will only come with a petrol engine and diesel will be given amiss. It is also expected to get no airbags which has been a standard on the regular Micra. 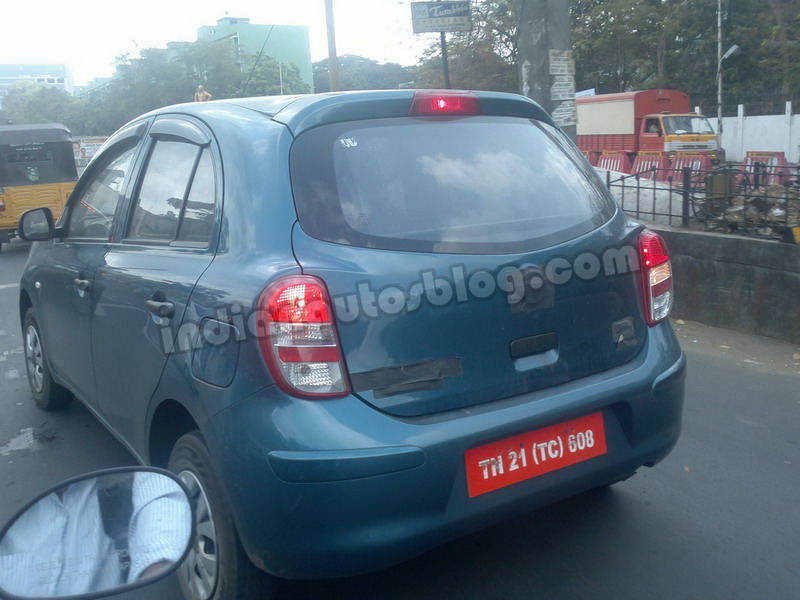 Very recently Nissan launched a comprehensive facelift to the existing Micra (or March) in Thailand (pics & details). It had much better features and ditched the feminine looks of the earlier variant. Speculations across the web claimed that Nissan will not launch any Micra facelift in India but through our exclusive spyshot in April this year, we cleared the air that a Micra facelift is, indeed being prepared for India as well.

We also cleared that it will be slightly different from the international facelift that the car has received. The test mule spotted in India carried new headlamps, grille, front bumper as well as had a refreshed rear. Pictured above is the Micra facelift we spotted in India, details of which you can read here or by clicking at the pic.

Launch of Price Cut Micra is expected to happen within a few months from now. It will be placed under the current Micra and will slug it out with the lower segment cars. However, we do not have any clue of when will Nissan launch this facelifted Micra in India.