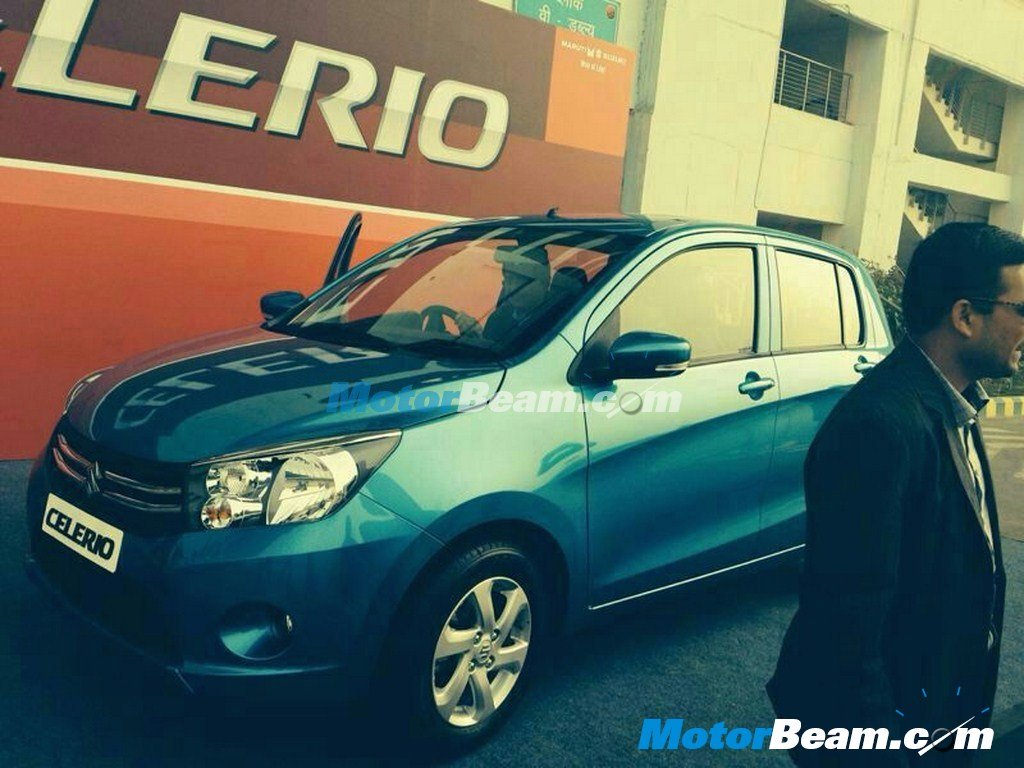 A brand new Maruti Suzuki Celerio has been seen and photographed by Motorbeam.com at the Budh International Circuit. Unlike the usual shaky-grainy images that we see of an upcoming vehicle, it looks like the photographer of this Celerio had ample time to get in a couple of good shots. The front and rear three-quarter views of the car speak volumes about the thought and work that has gone into this new model.

The pictured Celerio is in its ZXi avatar and it could very well be the top-end model of the car. ‘ABS’ sticker also confirms its presence which is expected.

One can’t help noticing that from some angles, the Celerio has an uncanny resemblance to a couple of Hyundai cars. The rear door and the C pillar reminds one of Santro and the rear bumper and spoiler atop the rear glass, although not as pronounced as on Hyundai i20, looks somewhat similar in design. The hydroformed (fluidic) creases on the door panels also tend to enhance the similarity. Nonetheless, the car looks well-built, symmetric and pleasing to the eyes.

The panel gaps appear uniform and give the car a tight, solid presence. The beautifully crafted alloys also look upmarket. 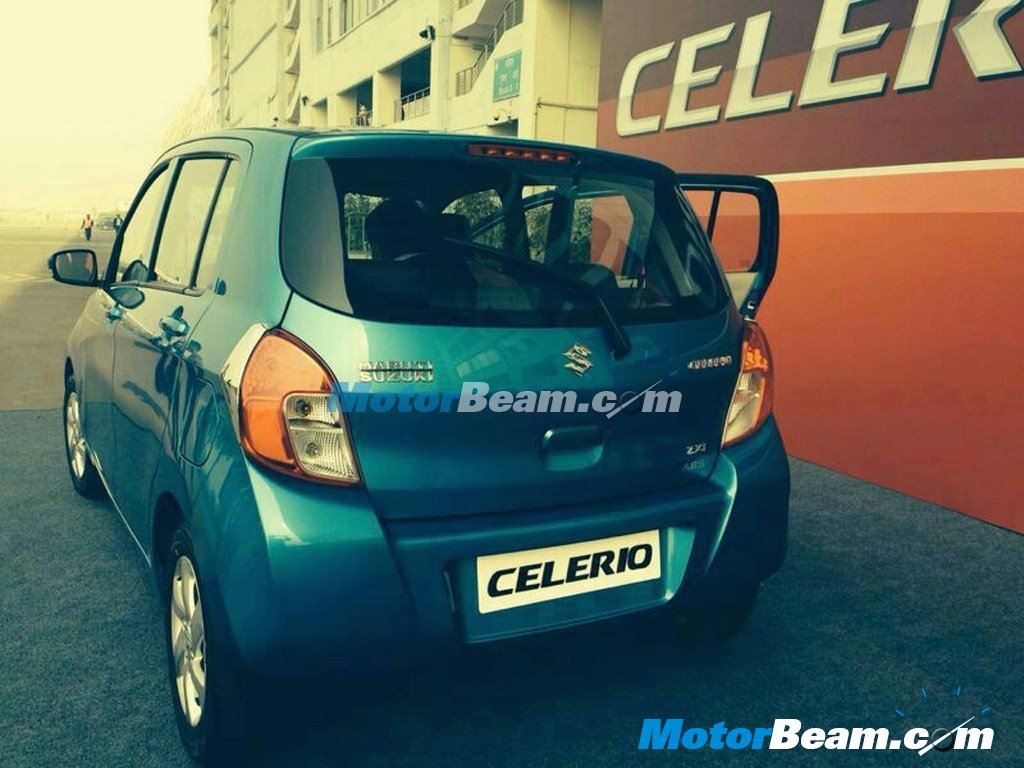 Going by these pics, Celerio looks 100 times better than the Estilo and bigger and more modern than A-Star, the two cars it will replace in the Indian market.

As reported earlier, Celerio will boast of a clutchless transmission system also called as AMT (Automated Manual Transmission). The technology, a first in any stock car in the country, is claimed to be more fuel efficient than manual or automatic and Maruti has started to trumpet this unique technology in its upcoming Celerio. The car will have the efficient 1.0 liter K10 petrol motor good for about 67 bhp with 90 Nm. Celerio is also expected to host a diesel mill but sometime later.

No official word with regards to the price, but it is expected that this new world-car will start at around Rs 3.7 Lakhs and may spawn variants ranging across till Rs 5 Lakhs for the top of the line petrol ex-showroom Delhi. Maruti will showcase Celerio at the Auto Expo next month and we expect the company to launch it for sale very shortly as well.

Also Check Out: List of all Upcoming Maruti Suzuki SUVs and Crossovers