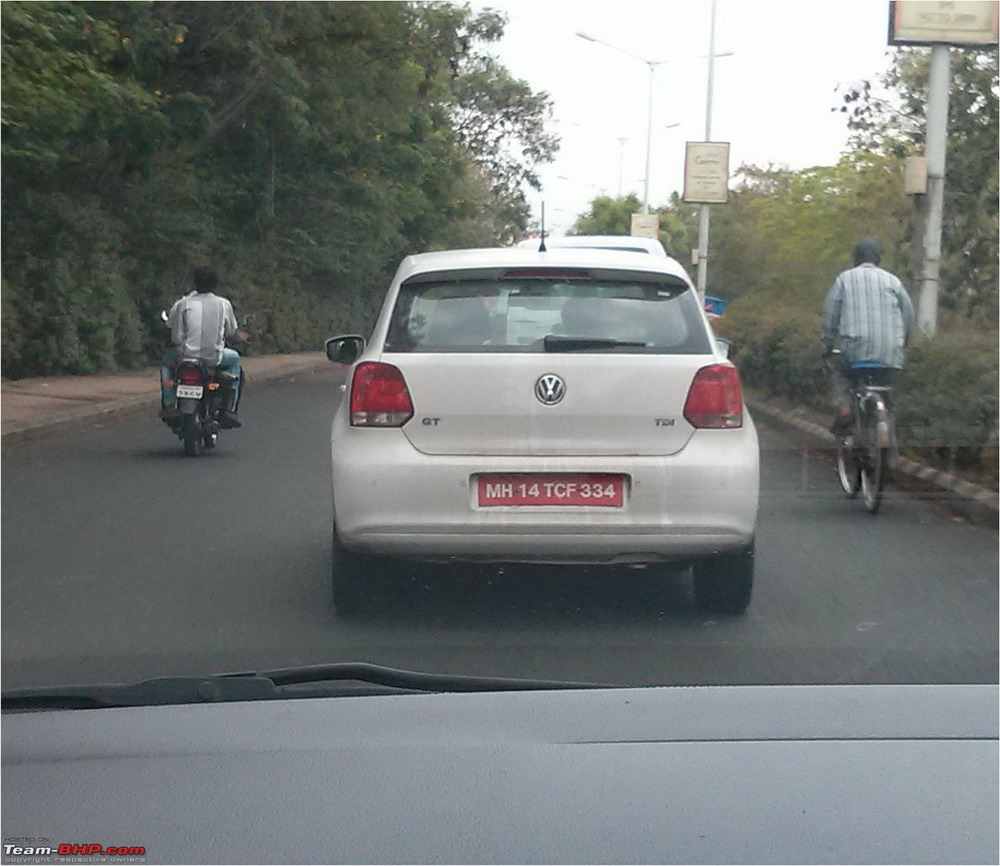 A few minutes back, we shared with you spyshots of Volkswagen Cross Polo which is a butch version of the Polo hatchback. And now, here is a spyshot of another upcoming variant of Polo – GT TDI.

After the launch of Polo GT TSI with a turbocharged 1.2L petrol engine, Volkswagen will launch one of these versions of Polo next. While we have discussed the Cross Polo in detail, the Polo GT TDI will be diesel Hot Hatch version of the car. It will come with Vento’s 1.6L diesel engine which produces 105PS of power output and a humongous torque of 250Nm.

Since this engine is bigger than the 1.5L benchmark, Polo GT TDI will be classified as a ‘Medium Sized’ cars and hence it will attract a higher 24% excise duty.

Considering that Vento starts at somewhere around 9 Lakhs (ex-showroom) for the diesel version and the Polo GT is priced at 7.99 Lakh , Volkswagen will have to price this GT TDI somewhere in between or in fact as closer to the GT TSI as possible.

Actually Polo GT TDI will be an interesting prospect here and an ~8 Lakh  pricing might be possible despite the higher excise duty. First, it will benefit from the mass production of this bigger engine. Plus, it comes with a relatively cheaper manual gearbox and it will share majority of its parts with its siblings.

As a differentiator, it gets ‘GT’ and ‘TDI’ badges at the rear and comes with a grille and alloys with the sibling GT TSI. With this, Volkswagen is offering a Polo for everyone – from the normal commuter to a performance aficionado (in both diesel and petrol) to a mild off-roading junkie!