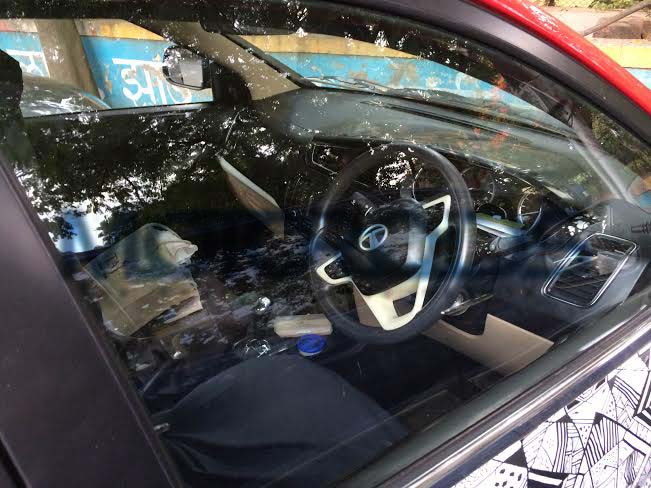 Zest, along with Bolt, is Tata’s two most important products for the year. The success of these two products will decide Tata’s future fortunes in the country.

The larger sibling Zest has been spotted in new spyshots by Motoroids.com and it also reveals the AMT (Automated Manual Transmission) lever. This means that this is the diesel version of Zest on test since Tata has already confirmed that they will launch the AMT on Zest Quadrajet. 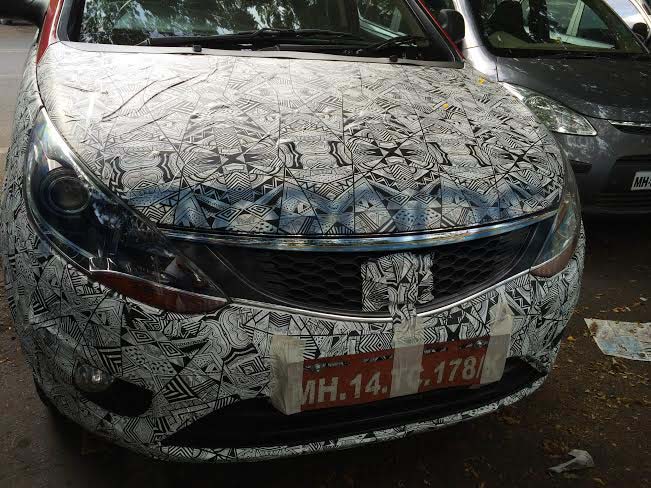 This will, hence, make Zest the cheapest automatic gear shift sedan in the country and the first one to get in the compact sedan segment. Apart from that we see the similarity with Bolt’s interiors. The dashboard, steering wheel and fresh new instrument cluster appear to be similar as well.

There is a touchscreen which should be the infotainment system which is expected to have music system, GPS Navigation and smartphone connectivity options.

There is a lot of suspicion on the grille Zest will finally sport. There have been instances where the new Zest has been snapped with a smarter grille, different from the one Tata officially showcased in the unveiled cars (like here).

Zest will slug it out against the Honda Amaze, Maruti Dzire and Hyundai’s latest entrant Xcent in the compact sedan segment. All the three products are doing fantastically well and it would be real tough for the company to slit through in between. However, initial impressions are interesting and if Tata can deliver a quality product (as they have promised) at real luring prices (which has been their forte), well..you may just be looking at a game changing preposition for the Pune-based major here! 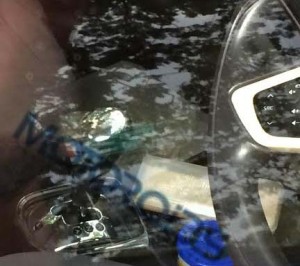 According to the information we have, Tata will start the production of Zest and Bolt by June-July with their launch sometime later. And yes, the other engine is the newly developed 1.2L turbocharged REVOTRON petrol motor which produces 85PS of power and 140Nm of torque.