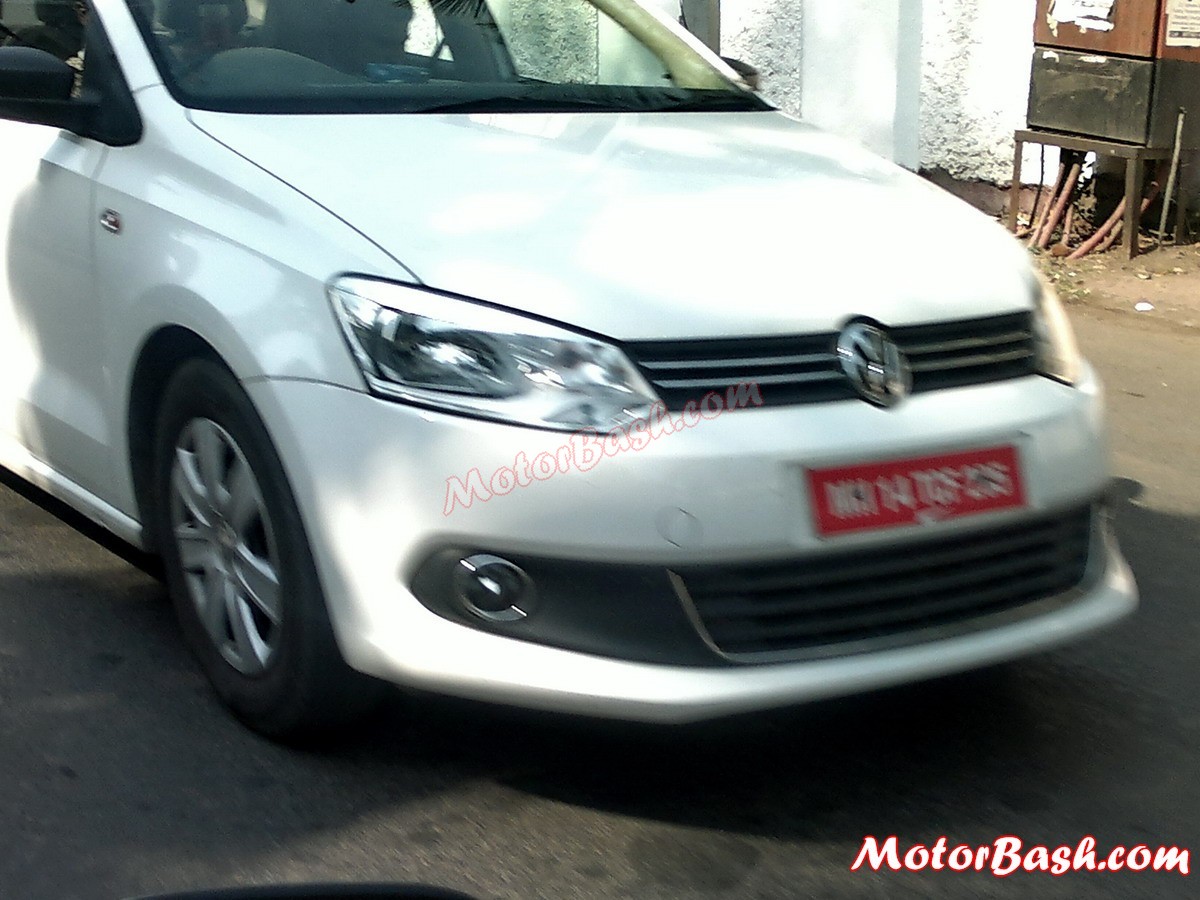 MotorBash brought to you the first ever conclusive spy pictures of Volkswagen Vento CNG which was caught testing along with its smaller sibling, Polo CNG back in December.

Both the test mules were carrying a couple of loads of 65 kg each at the rear seats with a few testing equipment strapped in both of them. Here comes a new set of Vento CNG test mules – one in Red and the other one in White!

Both these test cars were strapped with similar testing equipment upfront with wires running across the car. Both of them were caught together at the Pune bypass road zipping across and heading towards Volkswagen’s plant at Chakan in Pune.

With the increasing petrol costs, there is a big market that has emerged for alternate fuels specially CNG and manufacturers have started offering at least one car in the small hatchback segment and this trend is spawning across to premium sedans in the C-segment like this Vento. 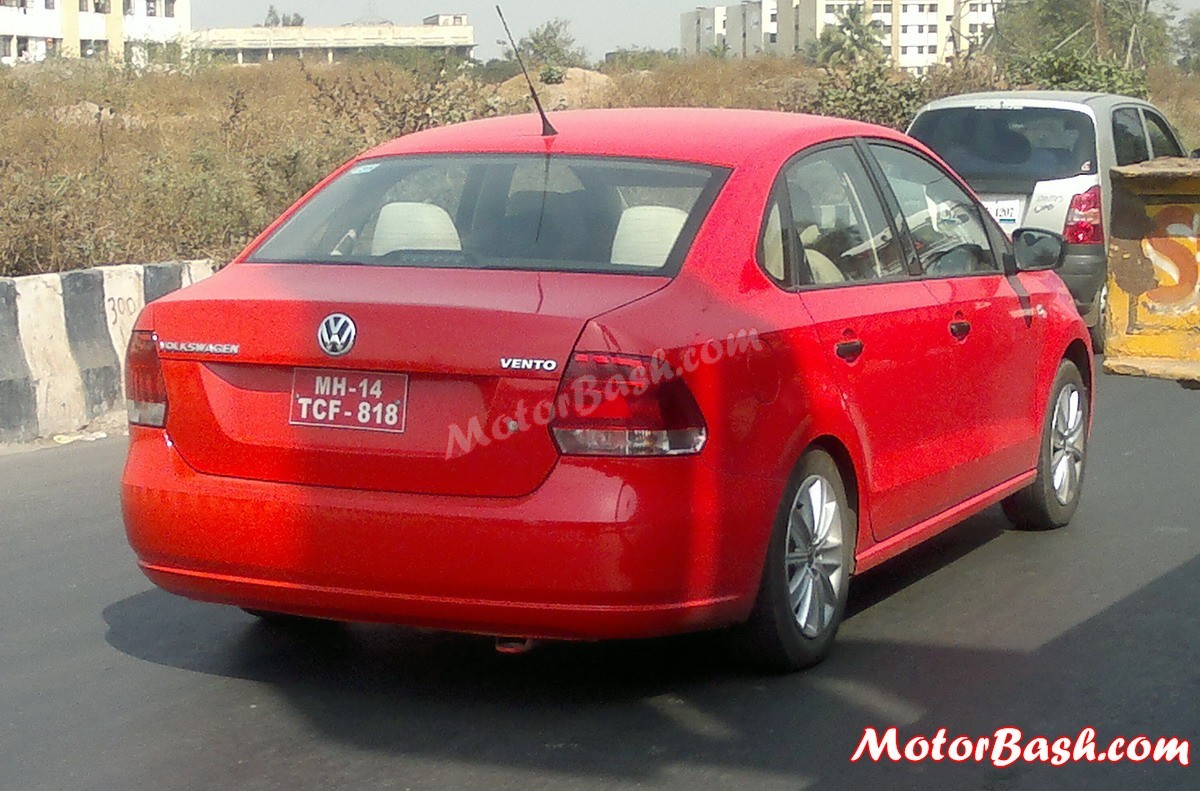 Very recently Honda launched their City with a CNG kit and Vento might just be the right competition from the Germans. As we have talked about in our earlier catch, the presence of non-body colored door handles, rear view mirrors hint at a possibility that the company might launch an entry level CNG variant with or without a higher fully loaded variant.

As has been the trend, the same 1.6 L petrol motor will do duty with a few tinkerings done to tune it for CNG fuel as well. We expect Vento CNG to be priced at or around the 9 -9.5 Lakh price band for it to make an interesting preposition in this segment. Launch should be around! 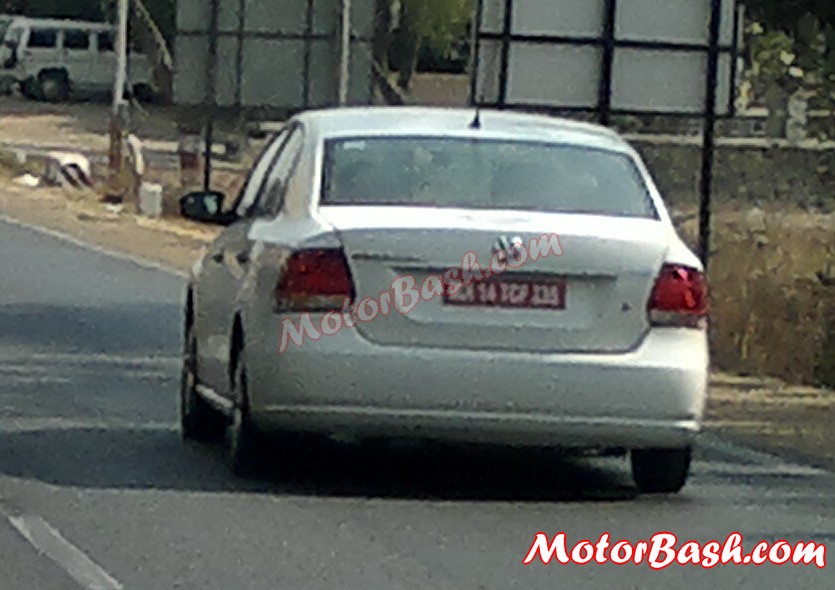 Interestingly, we have shared with you exclusive and surprising spy pictures of Skoda Fabia adorning the company’s latest logo theme just a couple of days back [See pics here]