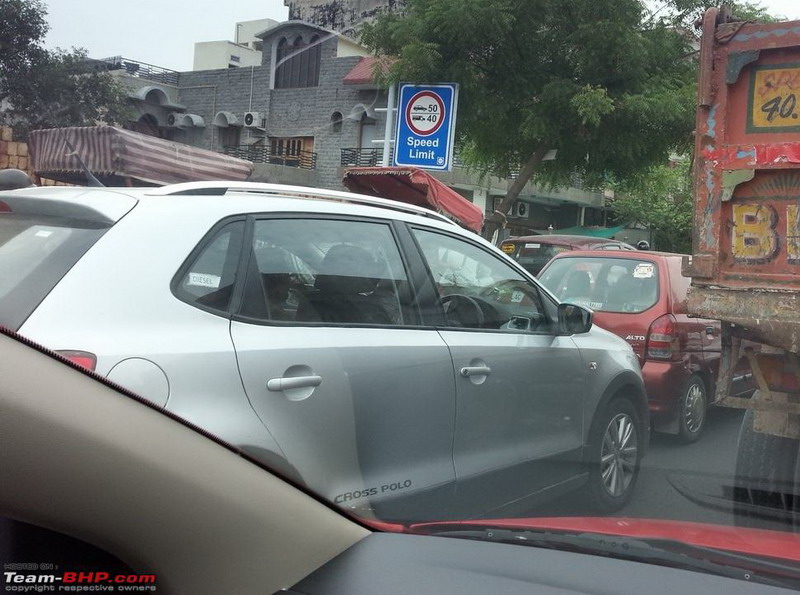 Volkswagen is busy preparing a slew of variants of its Polo hatch and Vento sedan. They have already launched the Polo GT TSI with a turbocharged petrol motor and all eyes now shift to the next upcoming variant – Cross Polo.

Mukeshgoel, a Team-Bhp member has spotted the upcoming Cross Polo test mule trying to zip through the streets of Delhi. There is a ‘DIESEL’ sticker on the rear glass and obviously this is the TDI variant which Volkswagen will be launching in India. According to a few media reports, there will be no petrol Cross Polo for India, at least for now.

Cross Polo is nothing but the regular Polo with slightly bigger dimensions and better rough-road capability. This concept is relatively alien to the regular Indians with Fabia Scout failing without a trace. However, this time Volkswagen feels it is better prepared and has on offer a much more powerful and deserving 1.6L 105PS/250Nm TDI motor from Vento.

Cross Polo comes with more pronounced wheel arches, higher ground clearance, roof-rails, body cladding, ‘CROSSPOLO’ badges and redesigned front and rear bumpers. The alloys appear to be the same which the current Polo adorns. While the sharing of engines and body parts will result in economies of scale, Volkswagen should understand that they should price Cross Polo really sensibly to rake in some dividends. 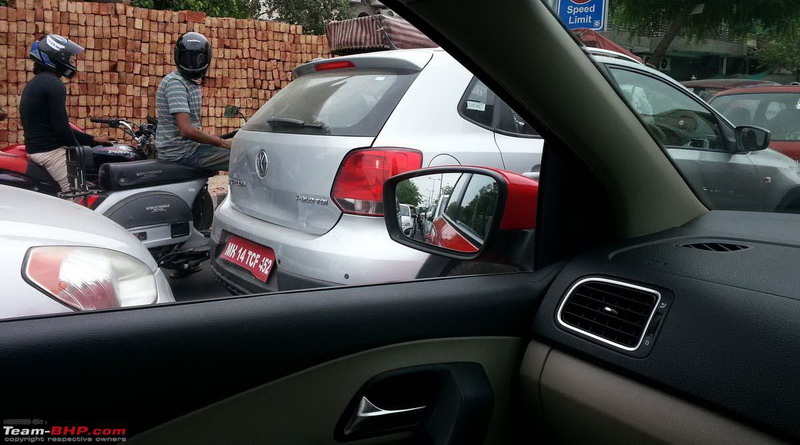 A more optimistic pricing can kill the product from day 1 considering that we have a more capable EcoSport with almost-hatch like driving dynamics and comfort. Launch of Cross Polo is expected to happen in a couple of months.