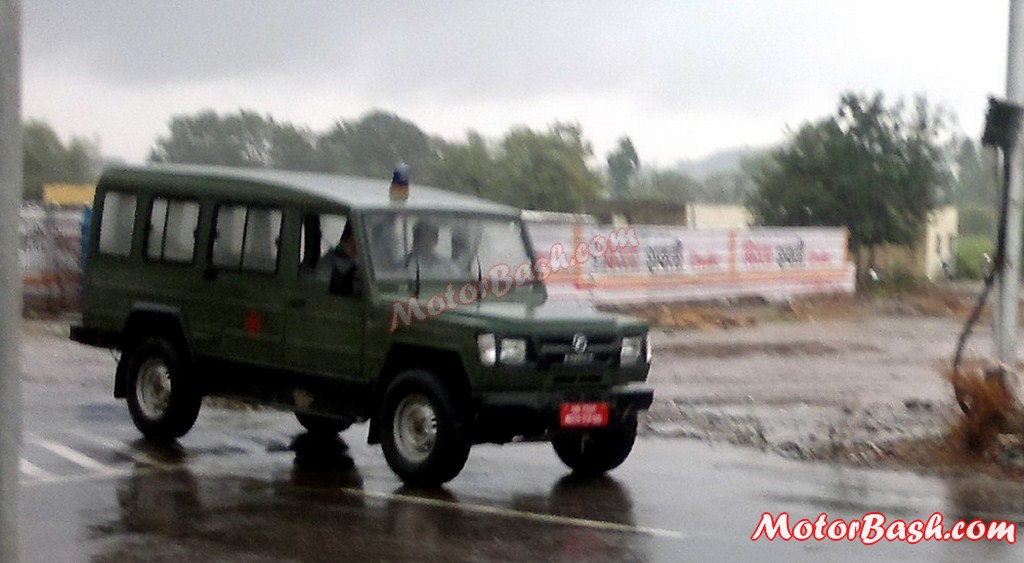 A little while ago we shared exclusive spyshots of a Force Motors Defence Ambulance which was caught in Pune. It revealed that Force Motors are venturing into the defence automobile business.

To build upon our earlier scoop, we share with you fresh spyshots of Force Trax which was caught as a military ambulance on a rainy day in Pune. We are unsure if this is a variant of Trax Cruiser or Trax Toofan, but what we do see is that this Trax Ambulance is running on fatter tyres, doctor’s blue light atop and obviously the military green color.

Force Trax Toofan and Cruiser are powered by a 4 cylinder BS3 DI diesel motor which churn out 60HP of peak power output (@3200 rpm) and a maximum torque of 158Nm (@2000-2200 rpm). All the specs of Cruiser and Toofan are same apart from their seating configurations. While Toofan comes with a seating capacity of 12 people, the Cruiser is offered in configurations of 10 seater or 14 seater.

Away from that, we understand that this mule will have equipment and place for medical related stuff. Tata Motors has been successful in their defence vehicles business and Force Motors would want to replicate the same success. Force Motors ruggedness is what will ensure higher usage by our paramedical forces.