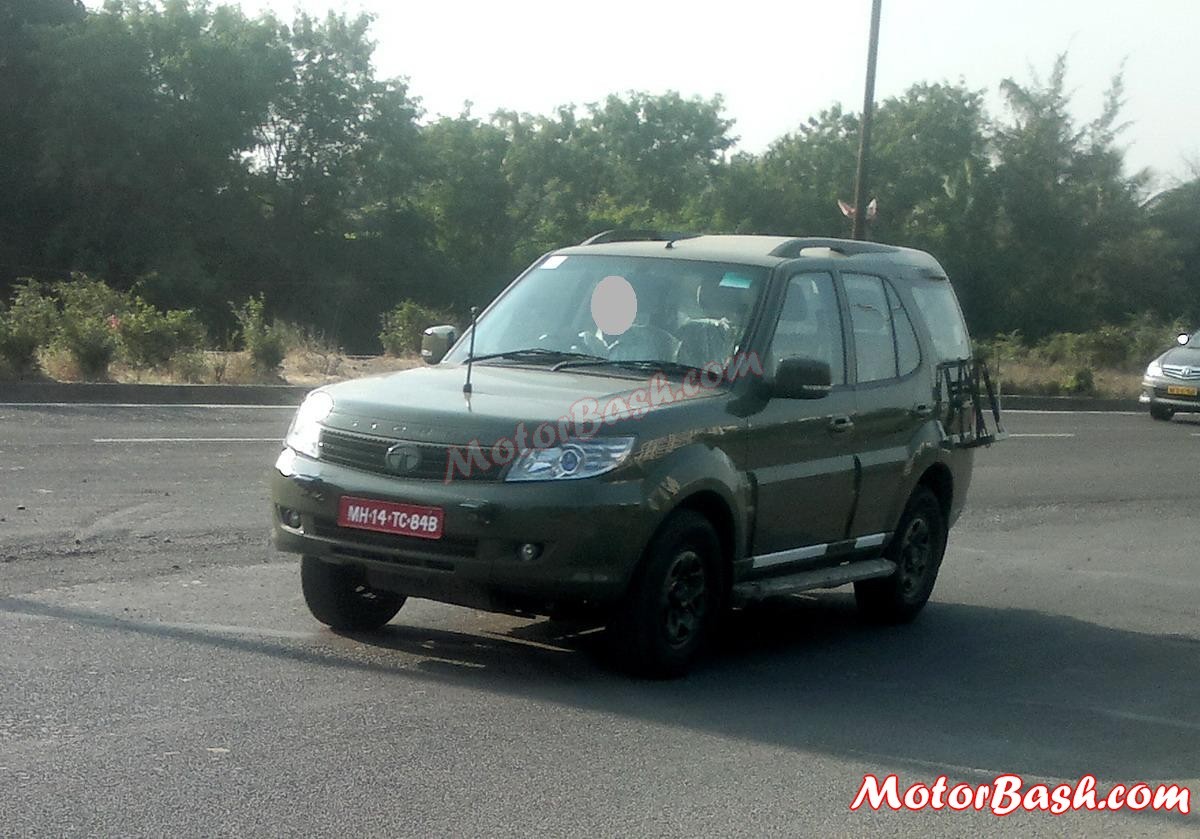 One of the most awaited and long pending SUV, Safari Storme was launched on 17th October in Delhi. As Tata plans a phased nationwide launch, we spotted a Military Green Safari Storme in Pune.

Upon careful inspection, we understood that Tata is preparing this for the defense division and this would be provided for military purposes. It was a 4×4 variant with many add-ons which we are used to witnessing on Military jeeps and Gypsies. The front chrome strip was also military green with ‘Safari Storme’ embossed on it.

This also gives us a little clue how would a single color front look on Safari Storme – wicked, we say! The SUV was driven by a Tata employee and was heading for some place after a tankful. 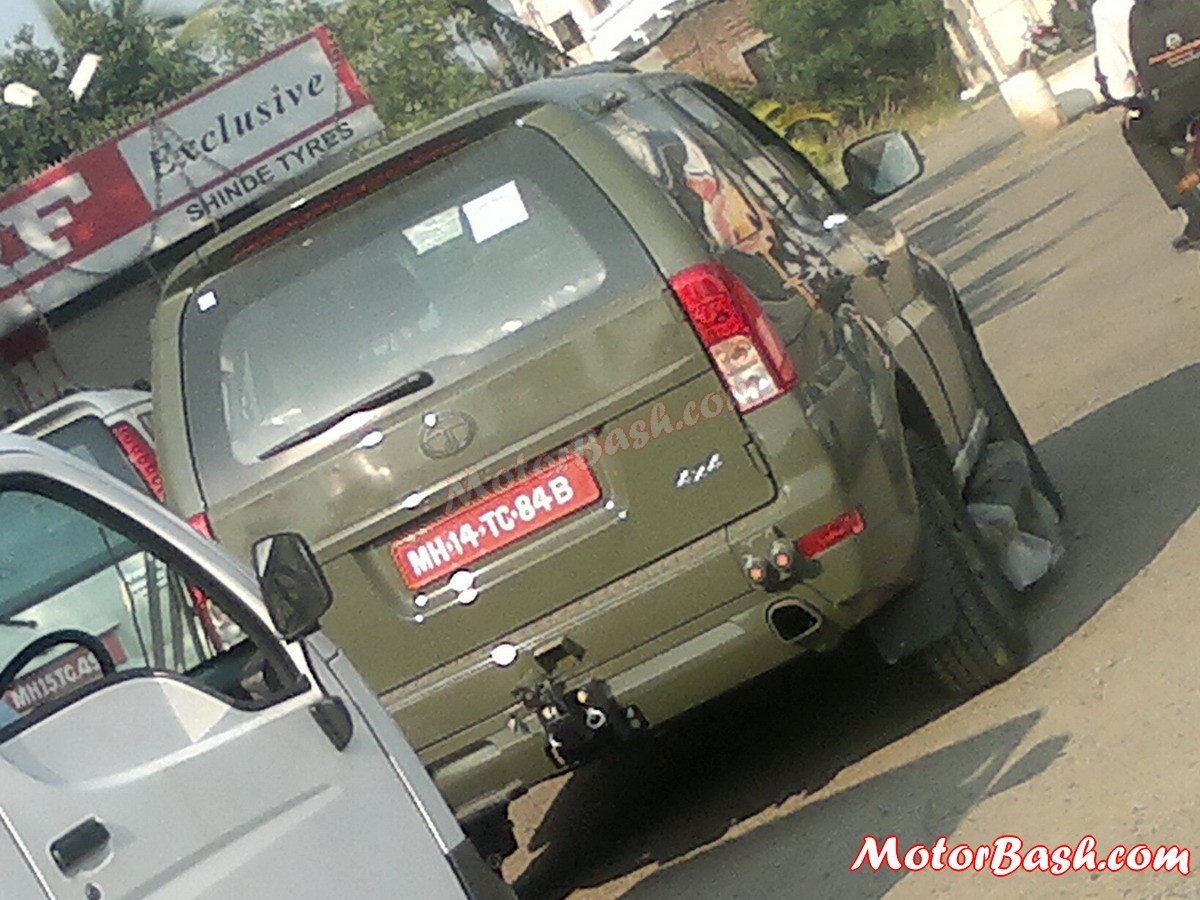 Incidentally, if you notice very closely, we also have a Mahindra Scorpio parked in the background. We had a small chat with its drivers and they just seem to say that there is something which Mahindra has plonked and they are testing its mileage, which they claimed is in the region of 13-14 kmpl now!

Even if we do not pay heed to what they said, we have a gut feel that Mahindra is upto something for Scorpio. We are keeping a close vigil and at the slightest hint of something concrete, we would share it with you. Till then, keep tuned!