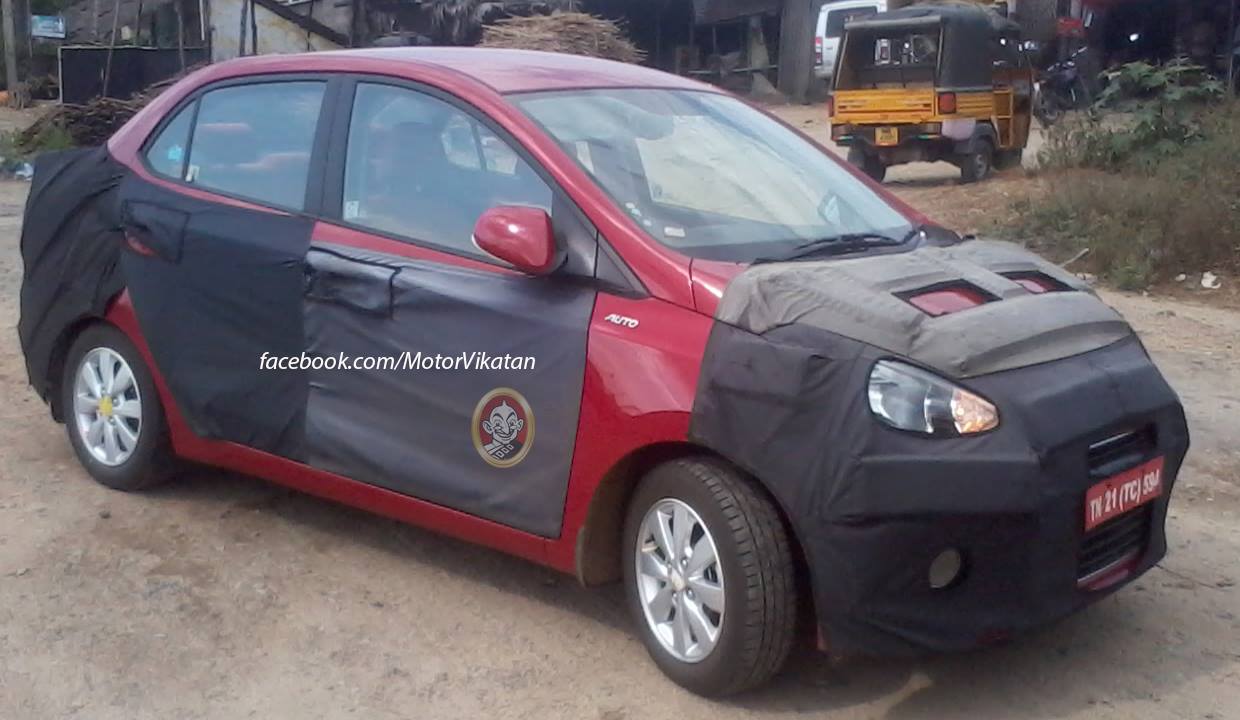 A couple of clear spyshots of the upcoming Hyundai Grand i10 based sedan have been spied by a keen-eyed follower of MotorVikatan. The test vehicle was spied near Hyundai’s manufacturing plant in Chennai. 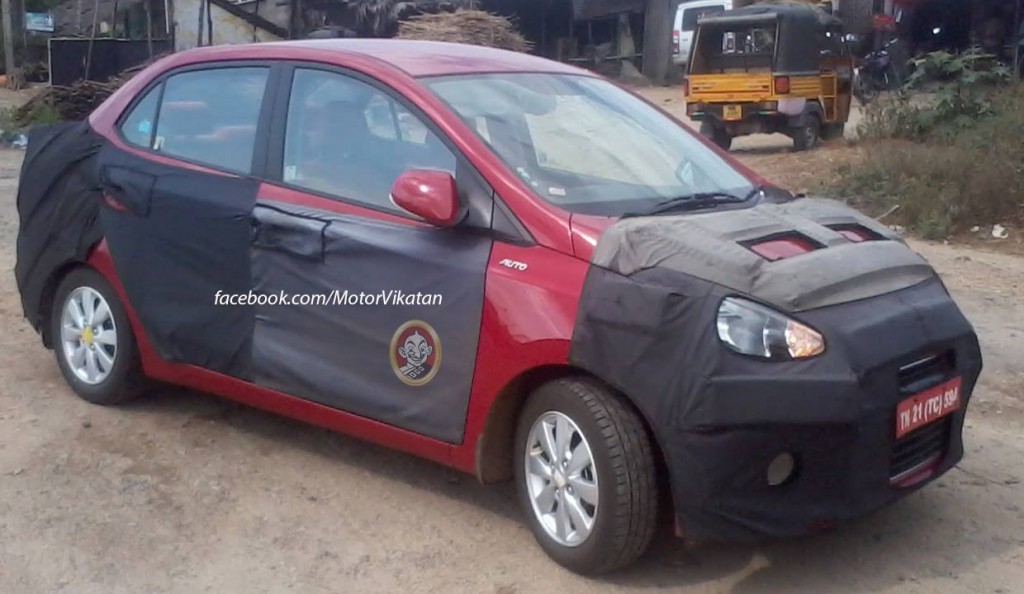 The test vehicle had a badge on the front on its body panel which read “AUTO”, which says that the vehicle being tested was the automatic variant. The vehicle wasn’t fully camouflaged, and we could make out that the shape of the front portion of the sedan would be similar to the Grand i10 hatchback. The sedan will borrow its mechanicals from the Grand i10 hatchback. Hence the automatic transmission will be the four-speed unit.

The Grand i10 based sedan is Hyundai’s candidate against volume-spinners like the Honda Amaze and Maruti-Suzuki Dzire. The sedan from Hyundai will measure under 4 metres, and will hence qualify for excise benefits.

The engine options will be the following : 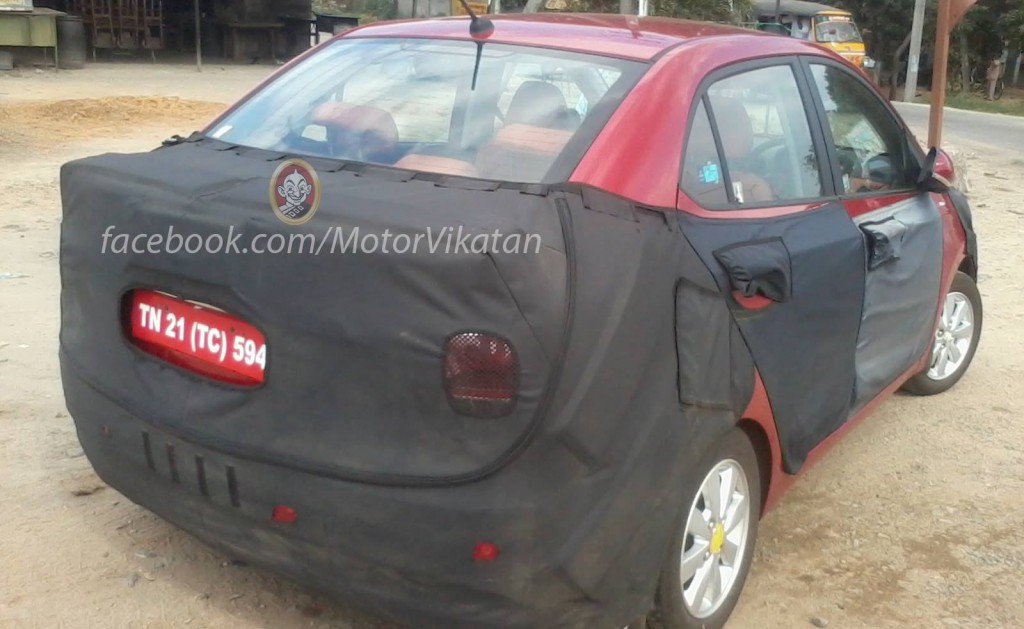 Other than the four-speed automatic gearbox, both the engines will come with an option of a five-speed manual gearbox. There exists a slim probability of Hyundai going ahead to take a gamble by putting in the more powerful, four-cylinder 1.4-liter CRDi engine from the i20.

Hyundai will unveil the Grand i10 based sedan on the 4th of February, just a few days before the Auto Expo. Hyundai would prefer to price the car competitively since it would be up against the established Honda Amaze and the very successful Maruti-Suzuki DZire.