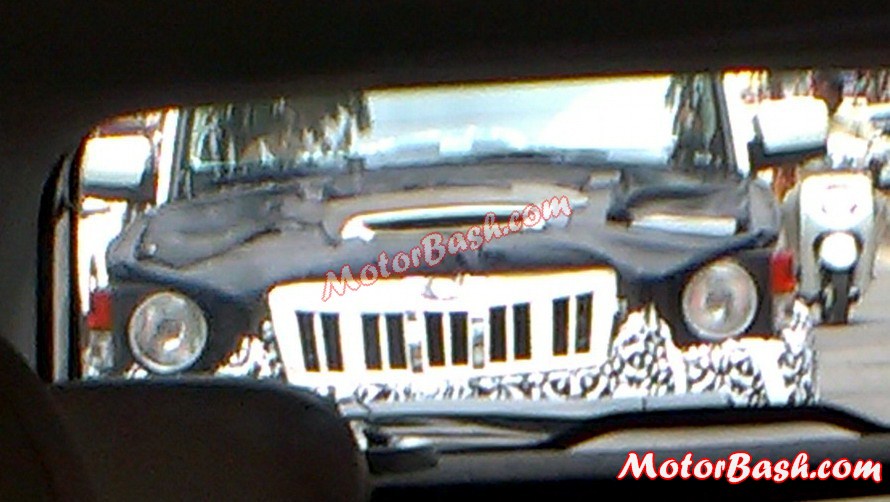 One of our avid readers, Pronoy Banerjee who has earlier shared with us the first ever spyshots of facelifted Nissan Micra is back in action and has caught the Scorpio Facelift trundling around in Pune. The test mule was making its way between the busy streets of JM Road in Pune.

As with the earlier spyshots, this test mule firms our belief that it is just a cosmetically upgraded model rather than a radically new one. However, this appears to be a new mule and different from the one which was earlier spotted.

Here’s a list of the changes that we could make out from the spyshots : 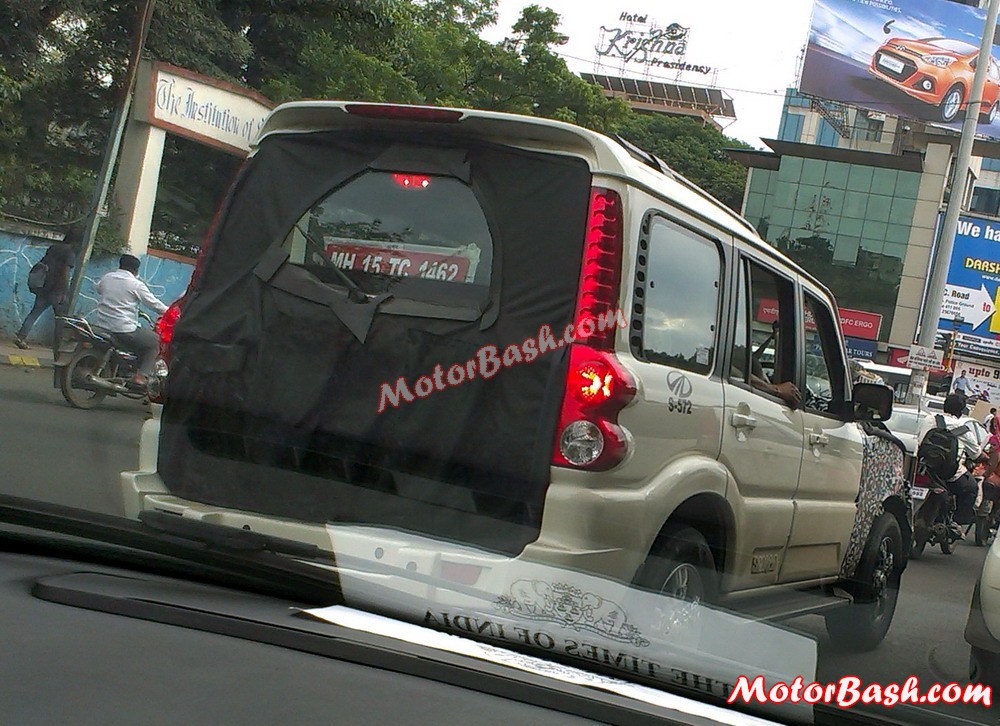 Talking about engine options, we feel the Scorpio Facelift could bear a few tweaks to the engine and other mechanicals. One of our readers had earlier reported about the testing of a Scorpio facelift test mule along with an S101 SUV in Ladakh.

Scorpio is largely the cornerstone of Mahindra’s success. The workhorse still goes strong, but will need a rejuvenation soon. The All-New Scorpio will take some time to arrive. Meanwhile, Mahindra has this facelifted Scorpio on the menu for us. 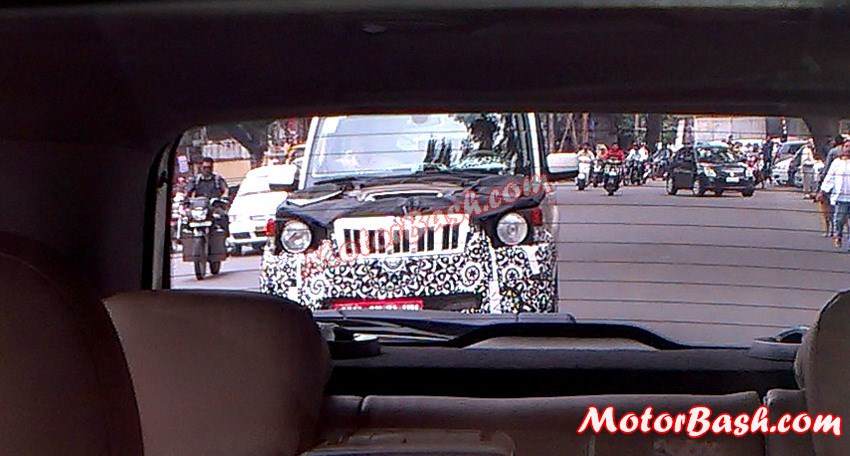 We wish Mahindra goes for a complete overhaul of the interiors on this Scorpio Facelift considering the fact that it is the weakest link in an otherwise fine package! Launch is scheduled by mid of next year.