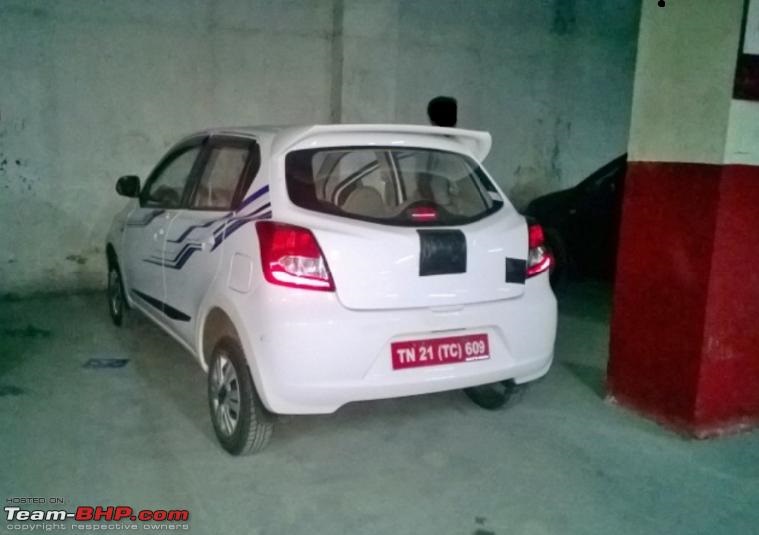 Datsun Go is one of the most awaited cars in the entry level compact hatchback segment in India. A lot of its details have been uncovered and the car is officially kept at various high footfall malls in various cities across the country.

Go will be showcased at the upcoming Auto Expo for public display and it has been officially confirmed that its launch will take place in March this year. Before its launch, it seems that Datsun is undergoing its final test runs as these spyshots confirm.

In the following spy pic, captured by aravind.anand, a Team-BHP forum member at Express Avenue mall, the mule looked like a display car with stickers and side beadings with hidden company logos.

Initial reactions from generic public are inspiring and the product does look like a VFM (Value for money) offering considering what we know till now. With an expected starting price of Rs 2.99 Lakh or less, Go will definitely lure hatchback buyers from the competition which are looking for space and a bigger car feel.

Datsun is targeting buyers which are looking for a reliable and economical-to-run car which has less maintenance and fuss-free ownership. The major target audience will be in the Tier 2 and Tier 3 cities of the country and promotions have already started. 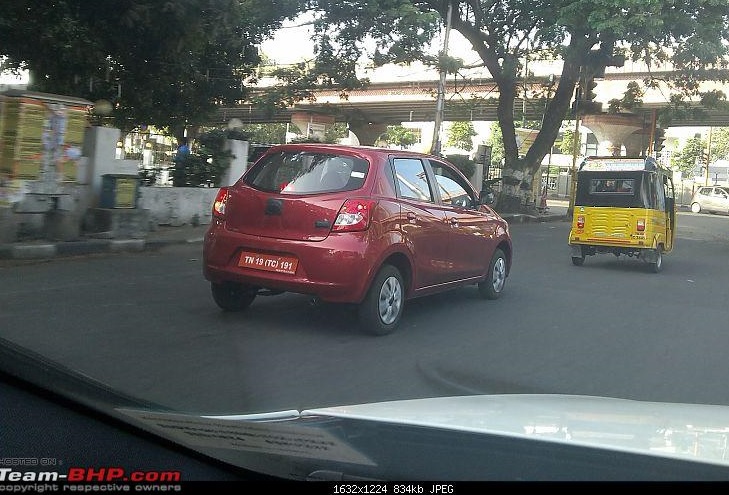 Go will be powered by Micra’s 1.2L 3-cylinder petrol engine which will be tuned for low-end torque as well as higher fuel efficiency.

Datsun will also premier the Go+ MPV at the Auto Expo along with the recent revelation of I2 hatchback concept which is an even smaller offering.