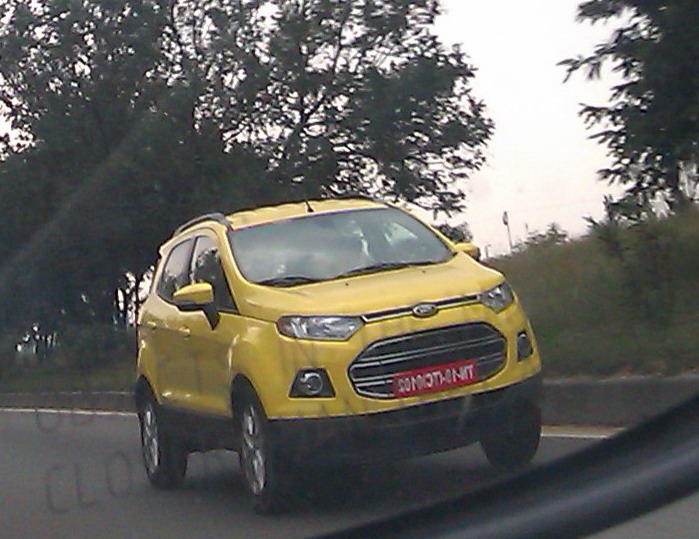 Ford has been testing the Ecosport very rigorously and the frequent spyshots emerging on the world wide web from our soil are a testimony to that.

Amidst all the latest spy pics of Ecosport, these find a special mention. Jelliffe Jeganathan from Gearheads.in forum has posted these pictures of a yellow test mule of Ford Ecosport running across NH45 outside Chengelpet in Chennai. Now, yellow sounds pretty interesting and looks a lot sportier already.

Though, we can just not be 100 percent assured that Ford is testing this for India, but in an earnest hope we feel they are! The one pic below also gives a fair bit of an idea of the car’s size alongside the XUV5OO. Overall, the car looks to have got quite some road presence further enhanced by the yellow color.

Ecosport will be powered by the famed 1L Ecoboost petrol engine along with the 1.5L diesel from Fiesta. The 1.5L petrol might also make it on the Ecosport, might! Ecosport will be a sub 4 meter car in India and hence would qualify for lesser 12 percent excise duties and hence a competitive price tag is expected. Whenever we make this statement, the new Fiesta starts zipping inside our brains and we get a little scared! 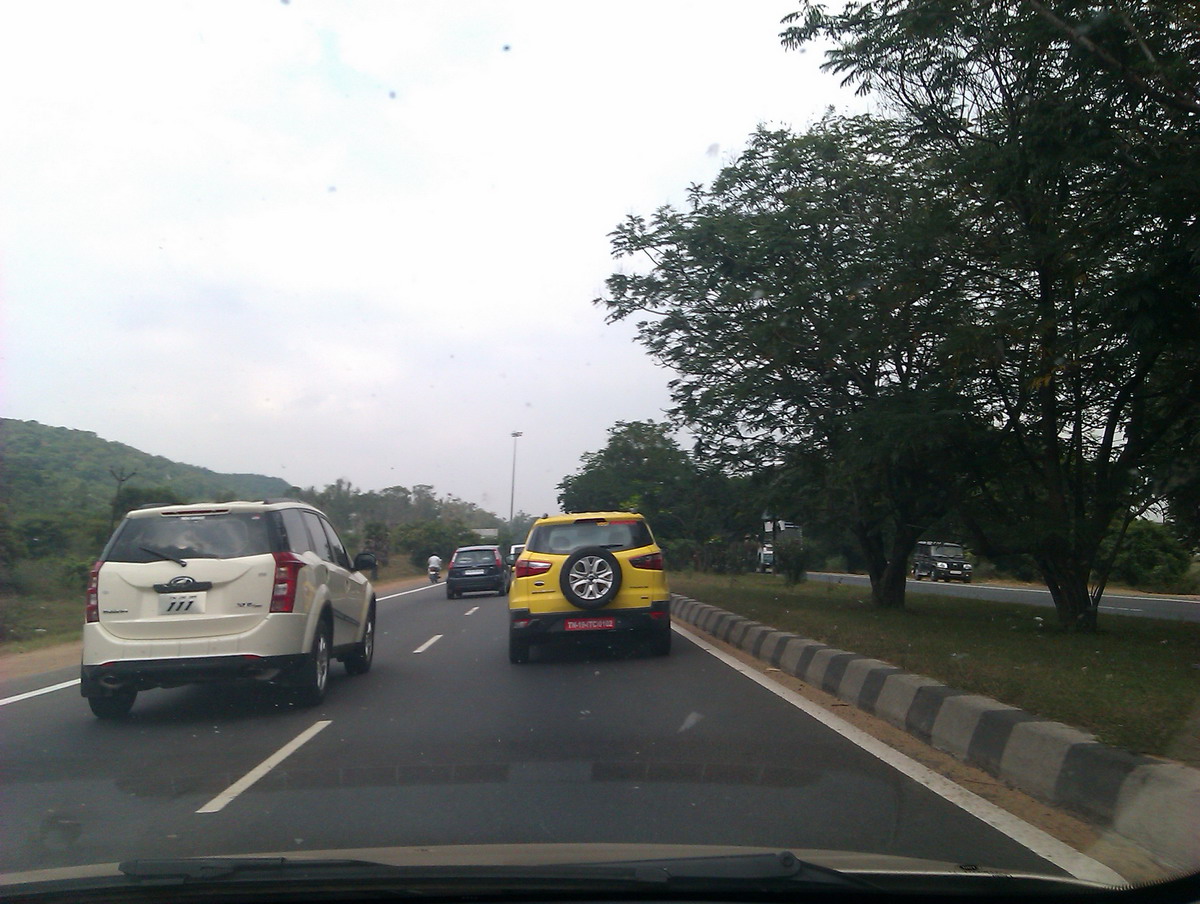 Ford seems to have everything going in its favor right now, starting from the product itself, the engine options, pricing prospects and the hype. All they need to do is tag the CUV at that expected price point and voilaa(!) we might just be seeing a Duster beater here.

Also Read: Ecosport vs Duster! Its Duster All Over Again in Brazil