In a surprising development, it appears that Suzuki is pondering over the option of a low-cost MPV at the entry level. At the IIMS -2013 at Jakarta, Suzuki has showcased a concept version of 7 seater MPV based on Wagon R- ‘Suzuki Wagon R Concept 3 Rows’.

Ertiga is the biggest sales cruncher for Suzuki in the MPV loving Indonesia and the new 7 seat Wagon R concept, if mass produced, will be fielded as an economical entry level MPV at a lower price range.

After pulling the wraps off the new Karimun Wagon R at the auto expo, Suzuki has showcased ‘Suzuki Wagon R Concept 3 Rows’ to gauge its public reception. Being identical to its compact twin, the only difference between the two is the increased length between C and D pillars filled by the glass window to accommodate the extra third row. Interestingly, the wheelbase is reportedly the same which also hints at the possibility of this 7-Seater being a sub-4 meter car…

As a result, the third row appears too cramped and will be suitable at best for the children. The production version may see few changes in the interior design based on the input and comments at the Expo. The study will also seek to quantify the MPV’s market acceptance if launched.

Looking at the love for MPV in Indonesia the concept has more probability to see production. A 7 seater WagonR will be an economical alternative to the top selling Suzuki Ertiga. Suzuki will look to boost its sales with an entry level MPV in the face of new competition from Datsun Go+.

Our slight hunch is that Suzuki might display the concept at the upcoming Delhi Auto Expo to gauge its Indian reception. And there appears to be a huge possibility of it being Maruti Suzuki’s trump card against the incoming rivals in this space like Datsun GO+, Hyundai’s MPV, Honda’s upcoming Mobilio etc. 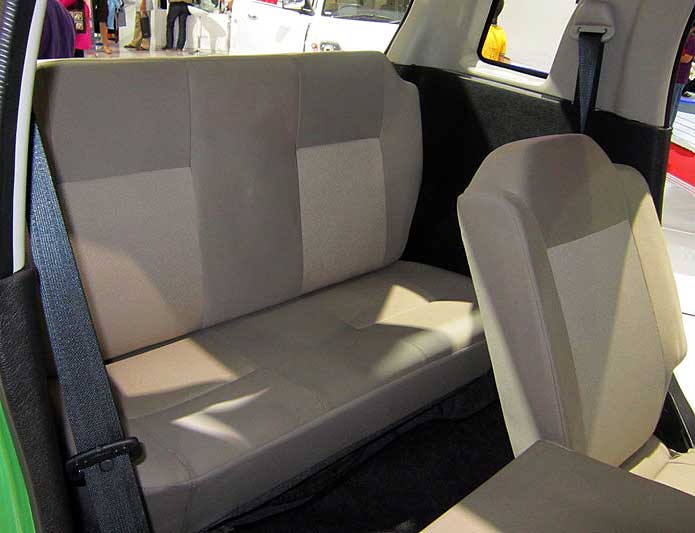 This is a surprising development and one which really can be a puller for Maruti Suzuki in India. WagonR is regarded as one of the most practical small cars in India and if Maruti can add an extra row at the rear, the practicality aspect gets doubled, no? Only if Maruti can make it look better!