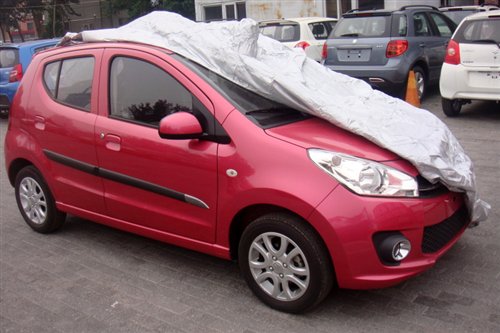 Many of you already know that the A-Star we have in India is sold as ‘Alto’ in China and is an entry level model like we have our Indian Alto.

Now, Suzuki in China is all set to launch an updated Alto and Autohome has caught the car revealing most of its new curves. Changes include modifications to the car’s front including bumper, headlamps, bonnet, air dam etc at the front. Rear bumper also gets a makeover.

Maruti in India is also working on a makeover of Alto which would go on roads around Diwali.

With this change, speculations about a possible makeover of the Indian A-Star on similar lines start making rounds. They gain more mileage since A-Star is doing horrible numbers in India. Maruti, anything cooking up?