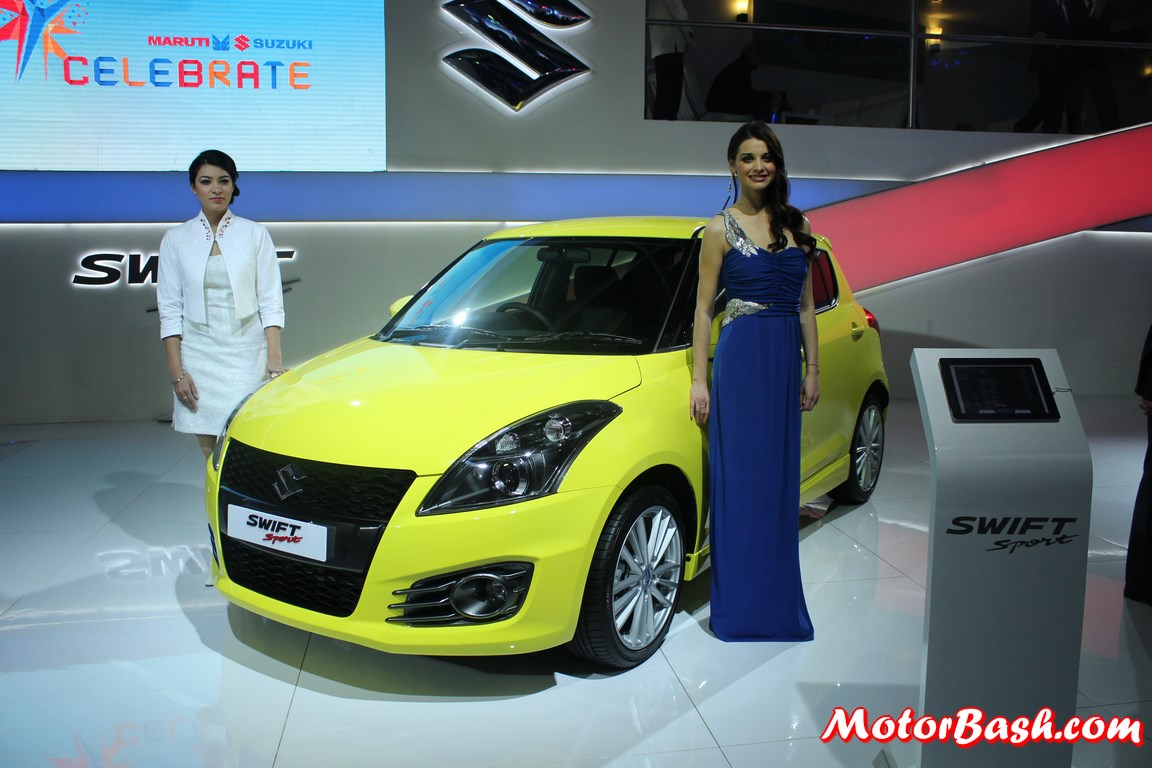 Now, this boy Swift from the Maruti Suzuki household has always appeared to me to be a youngster capable of unleashing quite a lot of mayhem if only his overzealous parents would just turn their backs on him for a spell. They never did and the boy languished – confined to ferrying people and their flatulent dogs while plying the city streets. Not anymore, it seems. Looks like the parents have decided to grant Swift a longer leash. 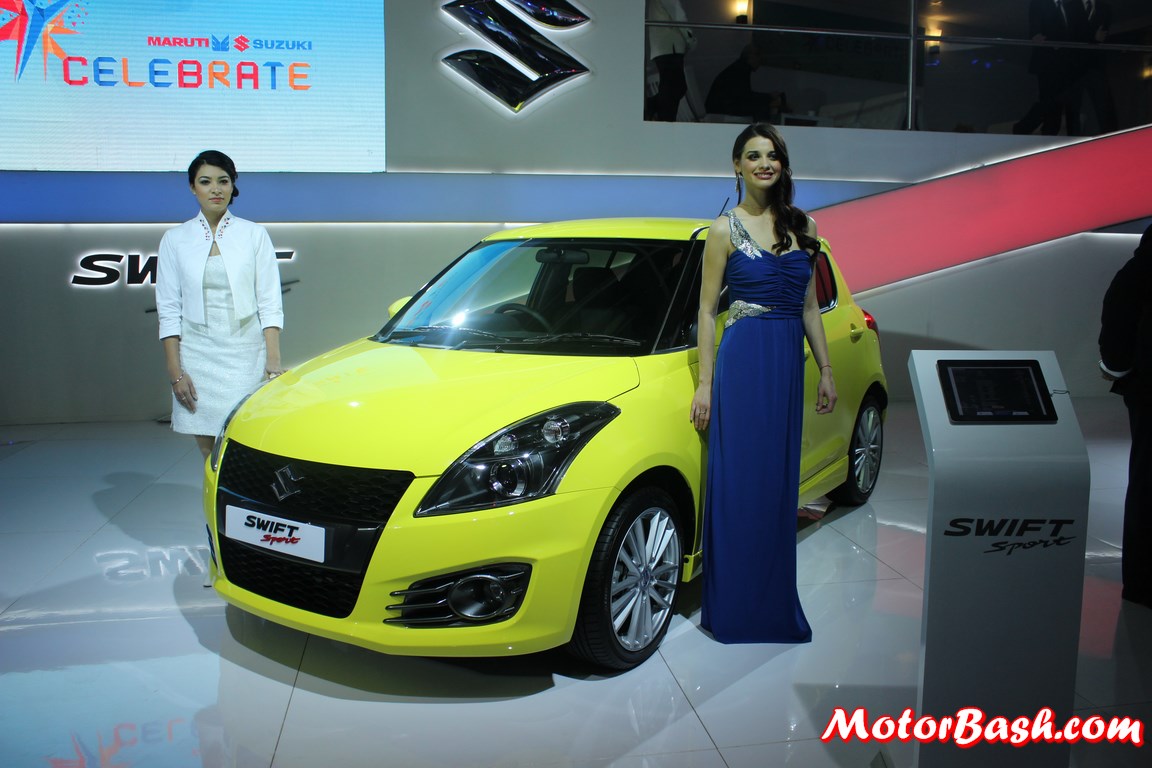 The Swift Sport showcased at the Auto Expo in Maruti-Suzuki stall looked buoyant in the fresh new coat of egg-yolk yellow and his new set of footwear. The penetrating gaze that he now bestows; courtesy the new HID headlamps, will tell you how ebullient he feels.

The transformation; thankfully, isn’t skin deep, so to say. The Swift Sport has the powerful 1.6-liter VVT petrol engine which delivers 133bhp & 160 Nm on full heat. The front set of suspension is upgraded and tuned to answer the power and torque generated by this front-wheel-drive car. The manual gearbox has one more cog to play with taking the total to 6.

All that the good, old Swift ever needed was this. It always had the squat stance and wider track of a rally-bred hot-hatch. The enhancement that you find in the hooter version of Swift is but long overdue. As to why the Swift Volt (another story) gets the bigger rear spoiler than the Sport is beyond me. Would have looked so true on the Sport. 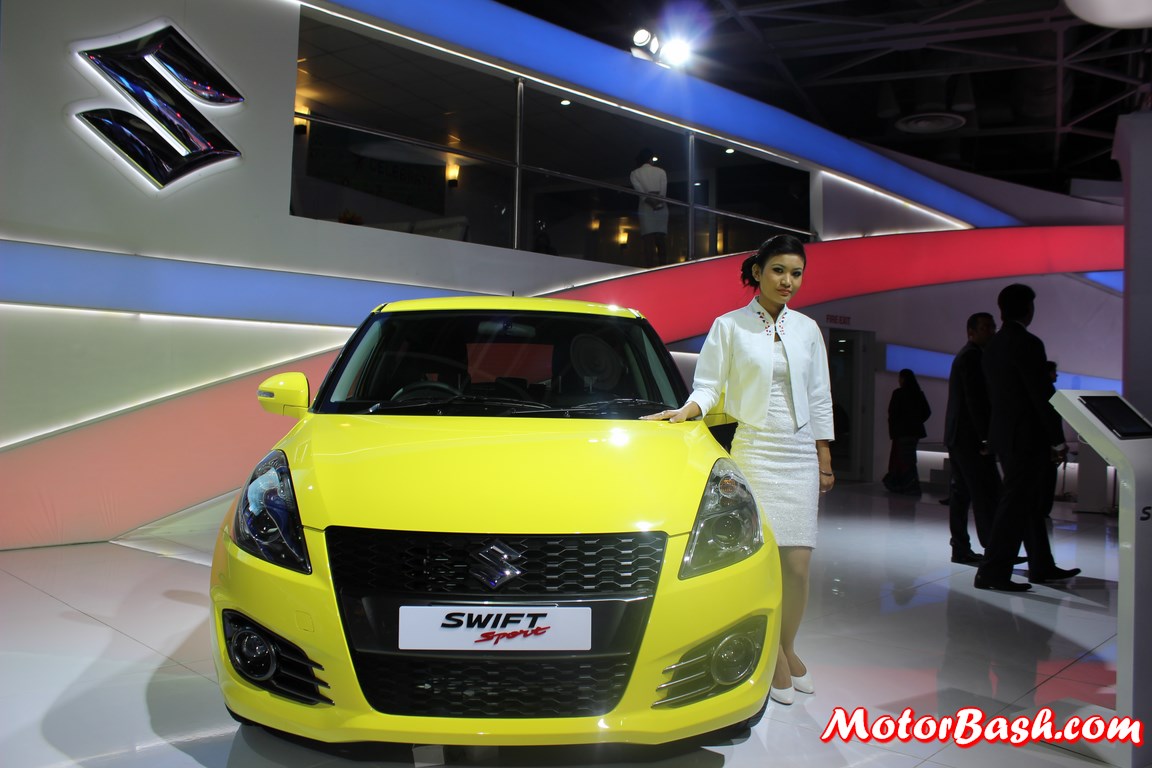 Anyways, the Swift Sport features racing-inspired interiors and upholstery (also comes in red color) and the driver seat is height adjustable. If you aren’t drooling just yet, take this – the U.K.-spec Swift Sport does the 0-100 kmph in just 8.7 secs. Are you game enough?