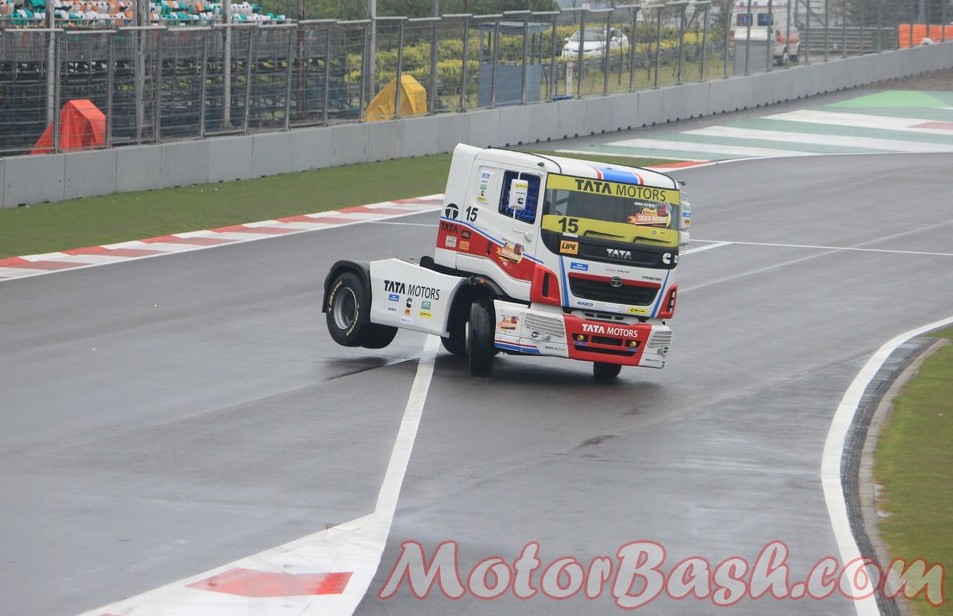 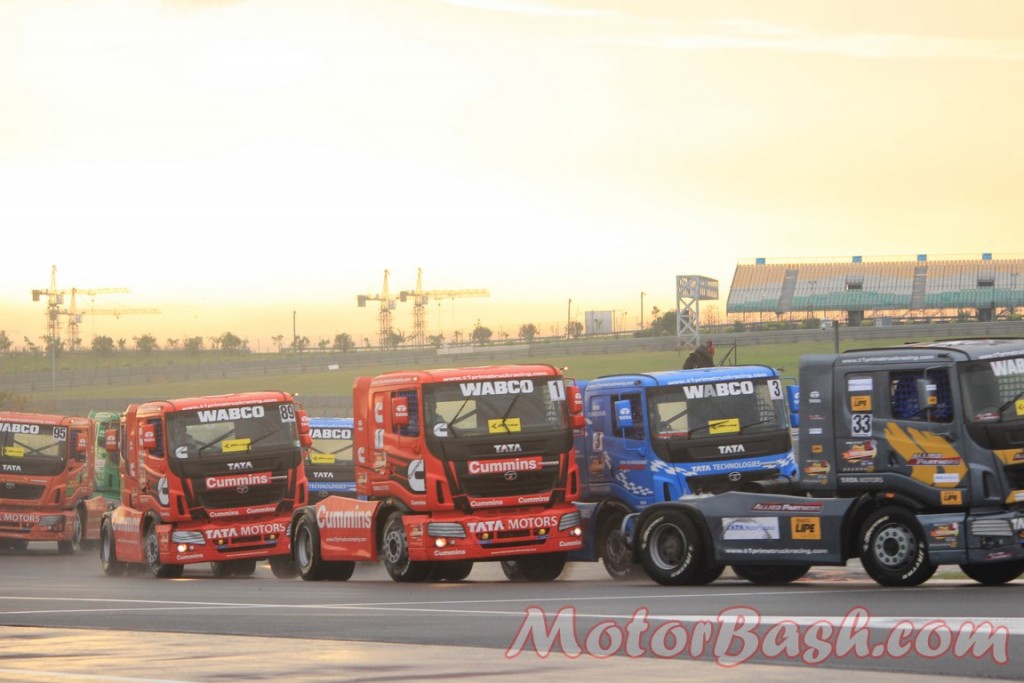 This year’s championship included 12 improved newer Tata Prima 2038.S models. This time they had an increased power output of 370 bhp at 2,100 rpm and had a top speed of 130 kmph. The trucks also experienced a weight loss of nearly 700 kg which not just helped make them faster but also lowered their centre of gravity for better handling. The improved brake cooling system boasted of bigger water tanks while the truck was made more aerodynamically stable with a few additions here and there. These trucks produce a peak torque of mammoth 1,500 Nm at 1,300 rpm!

The Buddh International Circuit saw a footfall of 45,000 spectators who completely enjoyed the thrilling race which was made more exciting by the wet track. All the slides and grip loses resulted in numerous contacts which seemed scary, but fortunately, did not lead to any injury and also showcased the capability of these trucks. 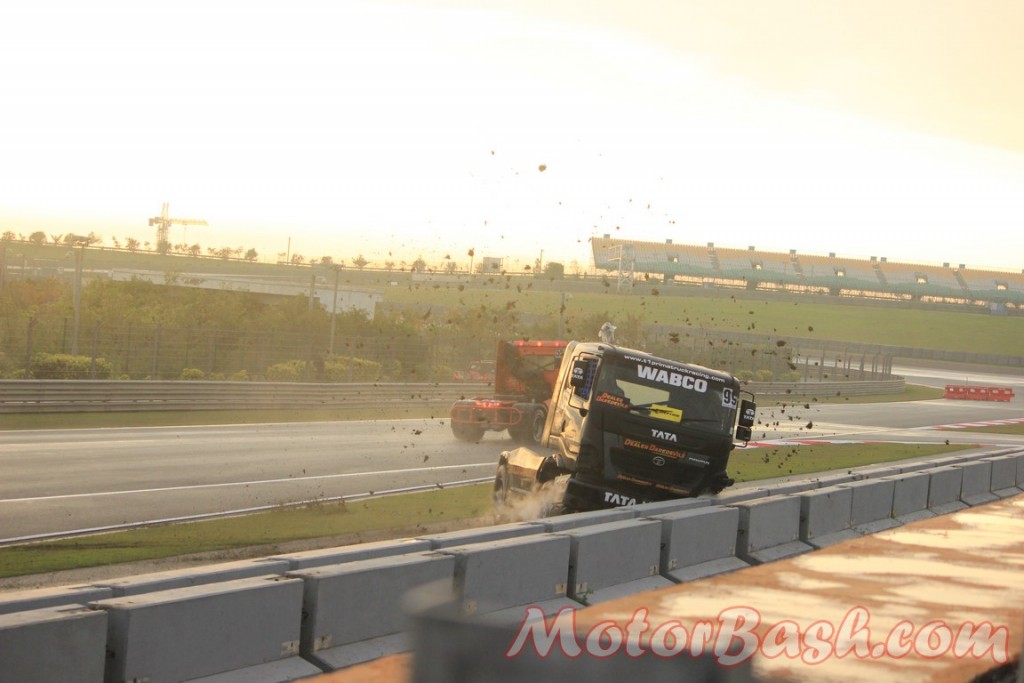 The race was organised by Madras Motor Sports Club under the aegis of FIA and FMSCI. Truck racing was born way back in 1979 and brought to India last year by Tata Motors, showcasing their technological expertise and also to make trucking acceptable in the society. We salute Tata for their brave attempt and the new concepts they have been bringing to India.