Perhaps it was the last Annual General Meeting that Mr. Ratan N. Tata attended and addressed the shareholders of the company. At the event, talking about the recent turn of events; M&M overtaking Tata Motors in the first quarter of the current fiscal, Mr. Tata said: “(I have) a great respect for what Mahindra & Mahindra has been able to do. I have certain degree of sadness and shame that we have let that happen. I think we have a great deal of introspection to do as to why, Mahindra should be ahead of us, then us catching up”.

About his dream project, the Tata Nano, Mr. Tata stated that the company has achieved its initial goal of offering families an affordable means of transport. Tata is also working on a number of different ways to push Nano up the ladder – the most prominent one being the diesel variant which is slated for a 2013 entry.

Explaining about the future goals of the Jaguar Land Rover (JLR), Mr. Tata says: “We have not had that benefit for several years, we decided that now JLR needs to build new products and get into new segments and that is what we are pursuing. It is a very ambitious task and it is really for the future health of the company”. JLR is currently the largest employer in UK and is gearing up to get in various segments to take on competitors like Mercedes Benz, BMW and Audi.

With many smaller products planned by all these luxury car manufacturers in India, customers who are looking at 20-30 lakh premium products are up for good times and many choices ahead. 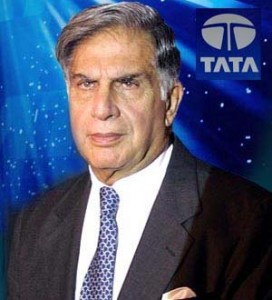 Cyrus Mistry is going to replace Ratan Tata as Tata’s chairman by the end of this year.