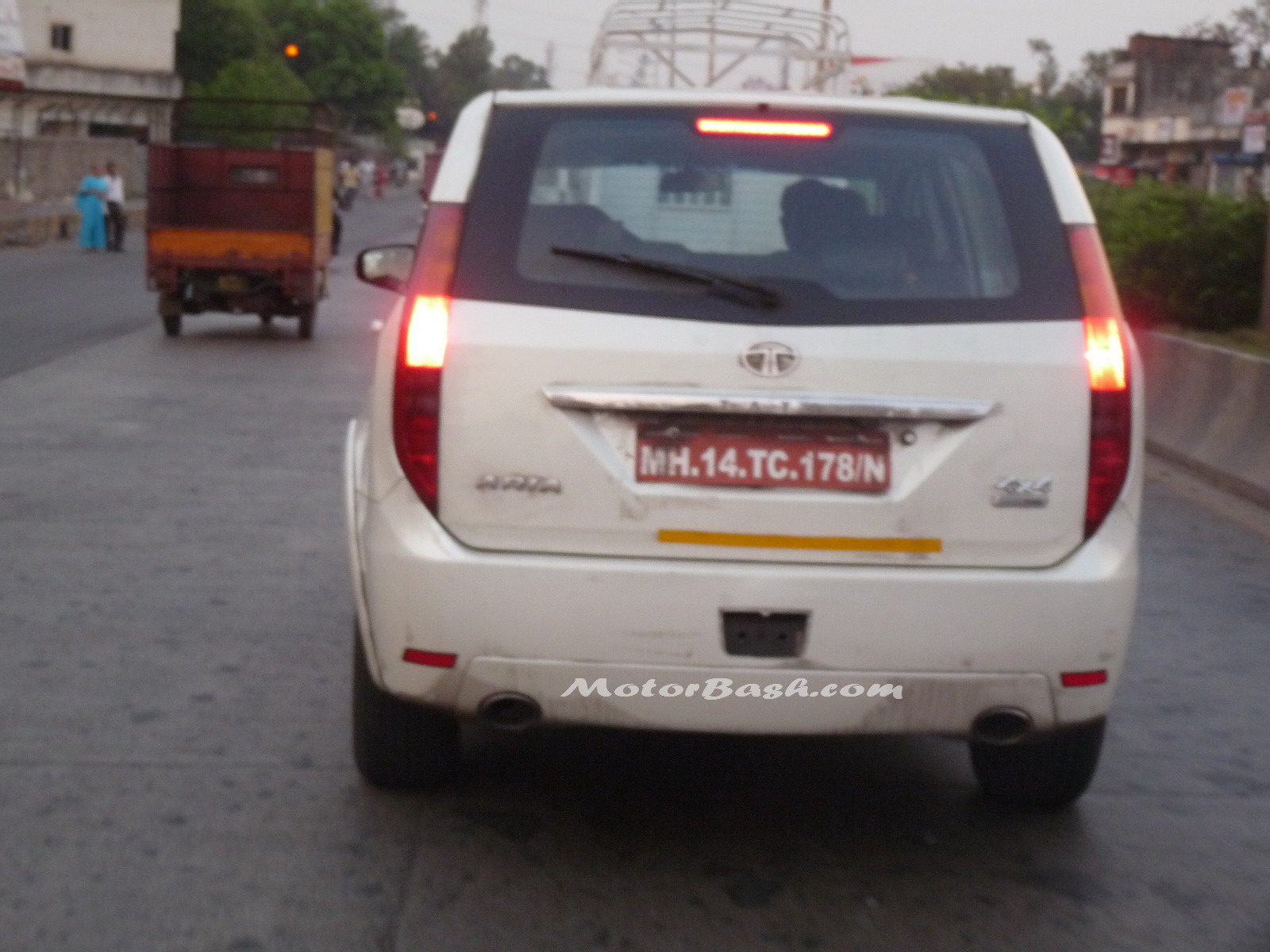 ARIA is one car which did not do as well as TATA might have expected. The first reaction when TATA planned to launch this 15 lakh crossover was, “Who will go for a 15 lakh TATA car?” Realizing this TATA launched a downgraded 4×2 variant reducing the price tag as well. 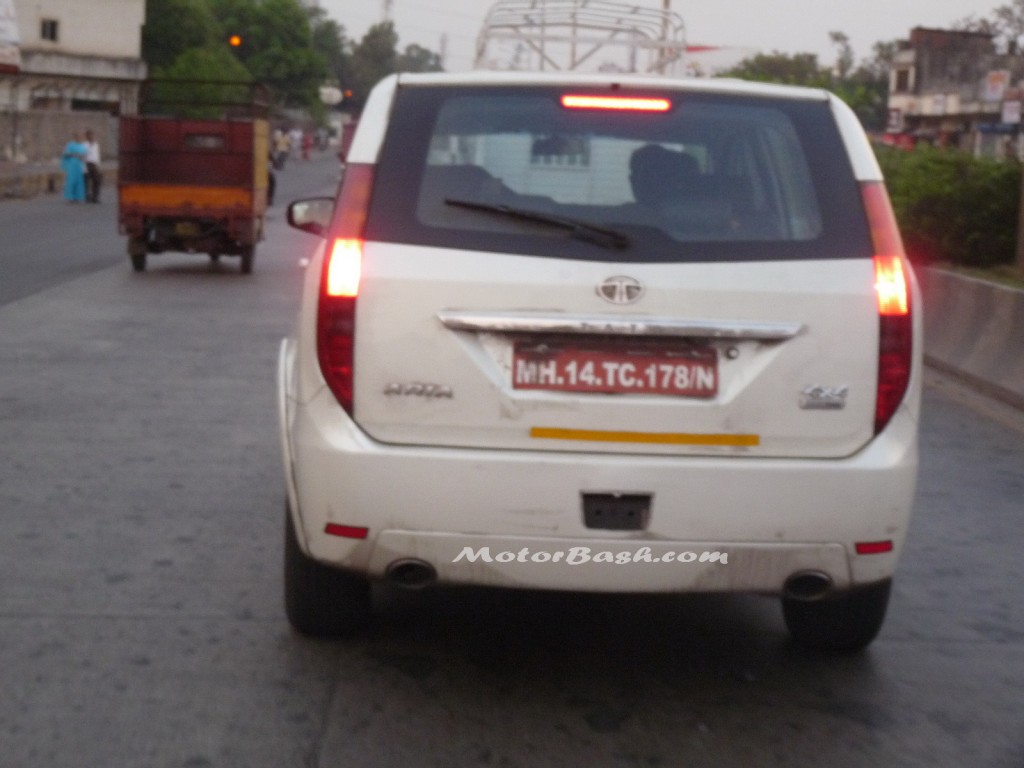 However, competition has just been on their table. Mahindra’s XUV5OO just ruined it for TATA. And the upcoming slew of compact SUVs might directly or indirectly hurt ARIA the most. Well, TATA is not really sitting idle. We have caught ARIA testing a lot of times. The latest is the ARIA 4X4 which was load testing.

How did we know that? This white ARIA was carrying big black cans kept on the middle and the back seats. This was the 4×4 variant of ARIA. 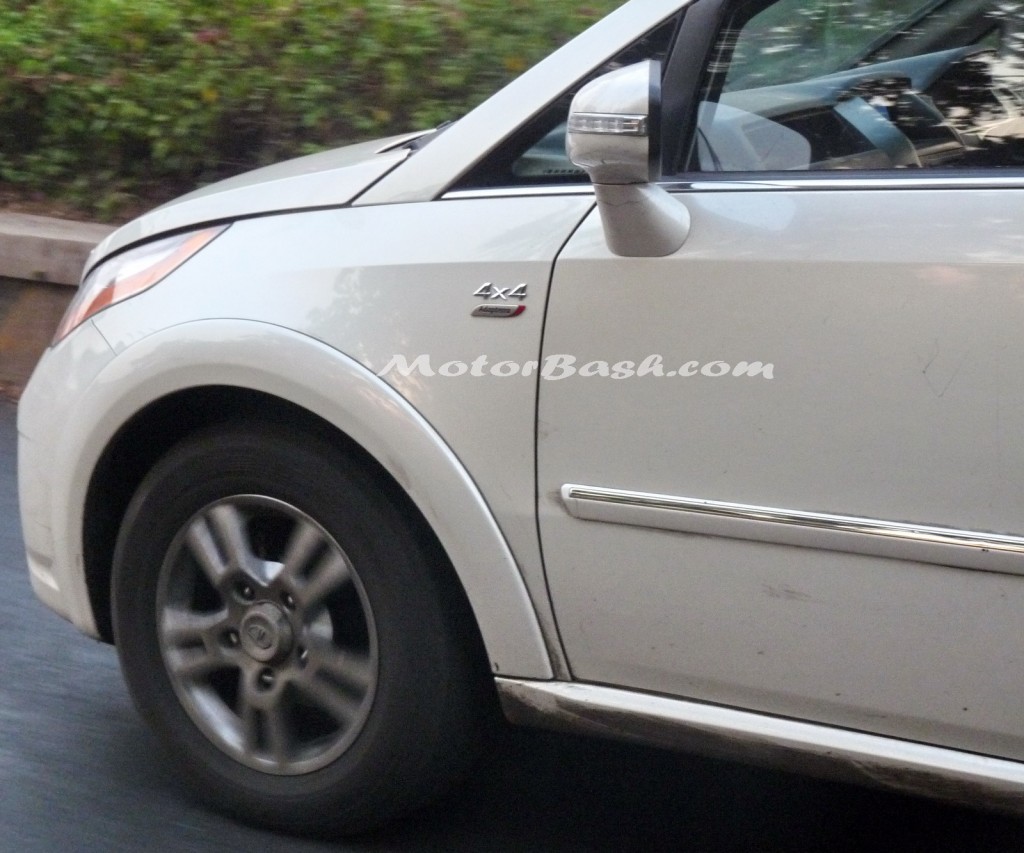 After a while, we also spotted a black Left Hand Drive ARIA 4X4 at Bhosari in Pune. This LHD is meant for foreign markets. Both these SUVs were caught on the same day when we caught the metallic golden colored Safari Storme and around the same areas. TATA is definitely trying to work on its products; more importantly on the ARIA to ensure it gets niggle free. If this is the 155bhp ARIA which is present in the foreign markets, we do not have any confirmations on the same.

Check out our earlier catches of ARIA under test: