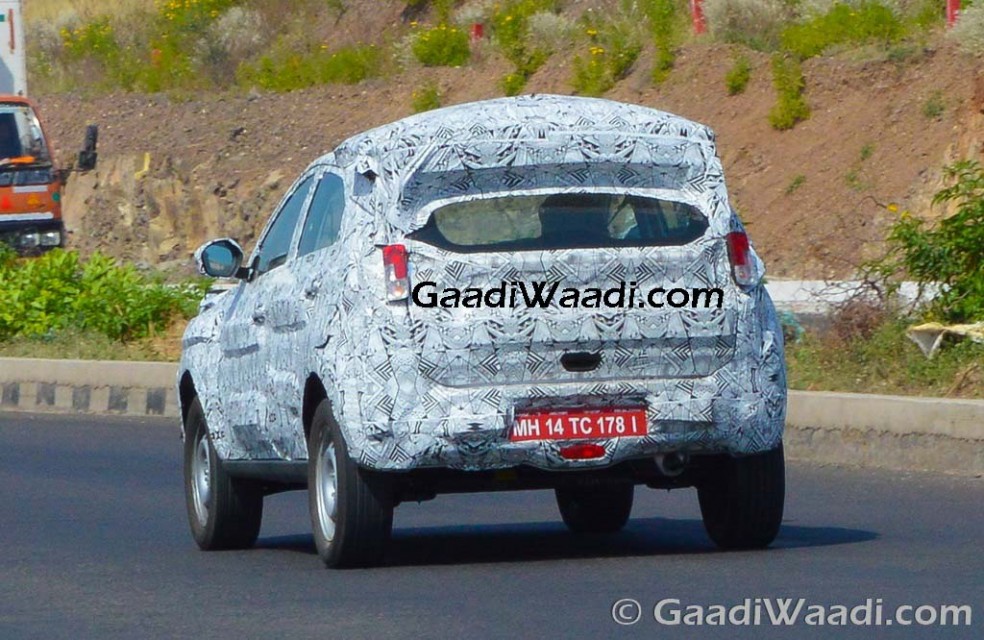 Tata began its revival strategy with the Zest and Bolt, both of  which have met with limited success till now. The company now wants to play in the faster moving SUV/crossover segment where they have been a major player in the past. While the crossover Hexa will be a replacement of the Aria, the Nexon (codenamed X104 and Osprey) will be placed in the sub four meter compact SUV segment.

A test unit of the Nexon was recently spotted by the folks at Gaadiwaadi which reveals an impressive ground clearance of the production version.

We believe that’s around or over 190 mm something closer to the Ford EcoSport. Upon a closer look, you can notice the codename X104 written on the rear axle along with the text ‘ABS‘. We are not sure what is that hump at the back, but we have seen Tata mules carrying something similar earlier as well. 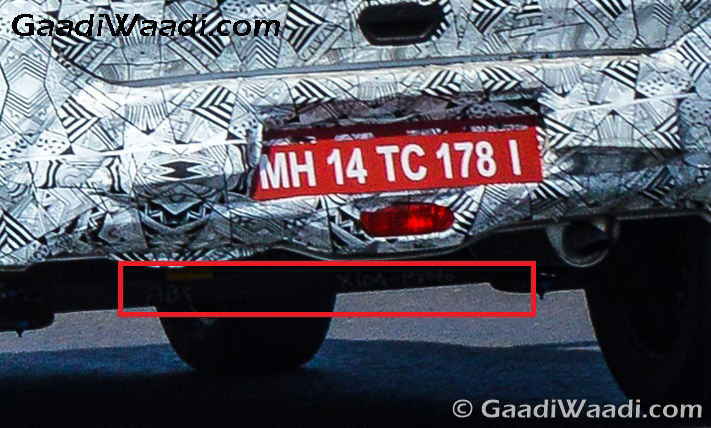 Nexon/Osprey is all the more interesting since no confirmation is known about its diesel engine. While the report says, Tata is testing a new 1.5 liter indigenously developed diesel mill on this mule, there is also the possibility of the 1.3 liter Fiat’s Multijet motor which Tata already sources for a lot of its cars.

Petrol is expected to be the same 1.2 liter 4 cylinder turbocharged Revotron engine in an updated power torque tune. While the primary competitor of Nexon will be EcoSport, it will have to fight it out against Maruti’s upcoming YBA/Brezza compact SUV as well, which is also expected to be launched sometime during the early part of next year. Not exactly a direct competitor but Mahindra’s TUV500 (only ladder frame based compact SUV in the segment) also plays in the same arena.

The folks at IndianAutosBlog have also shared a few images of a camouflaged Hexa. We did share a few pics of the car without camouflage sometime back, but being a pre-production model a lot can change in the final production model. 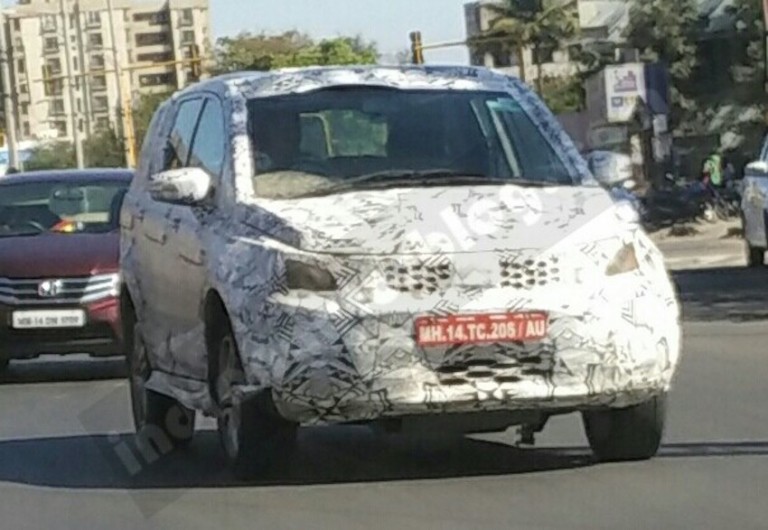 Hexa will be powered by the 2.2 litre Varicor400 mill seen in the new Safari producing 154.2 HP of power and 400 Nm of torque. While transmission is expected to be a 6 speed manual, the company is also reportedly planning a 6 speed auto unit sourced from GM.

With these two cars, Tata will be expecting to jump back in the good books of buyers of this segment, however, with the increasing competition, going will not be easy…