Tata Motors aims to launch at least two new products every year and after their Zest compact sedan the next car by the Pune based Indian automotive major will be the hatchback Bolt which is known to almost everyone.

However, various conflicting reports have been said about its launch time frame. Some portals have reported 2015 launch for Bolt which is a little confusing as, according to the information we have, the car is all ready!

At the launch event of Zest in Delhi a few days back, we sat down with Mr Ranjit Yadav, President of Passenger Vehicle Business Unit for Tata Motors and asked him about Bolt directly.

At first he tried to evade the question by saying – “We will talk about Bolt, when we are launching it“. However, upon being questioned if it will be launched around the festive season this year, he said “Bolt will come this year. That I can commit“! 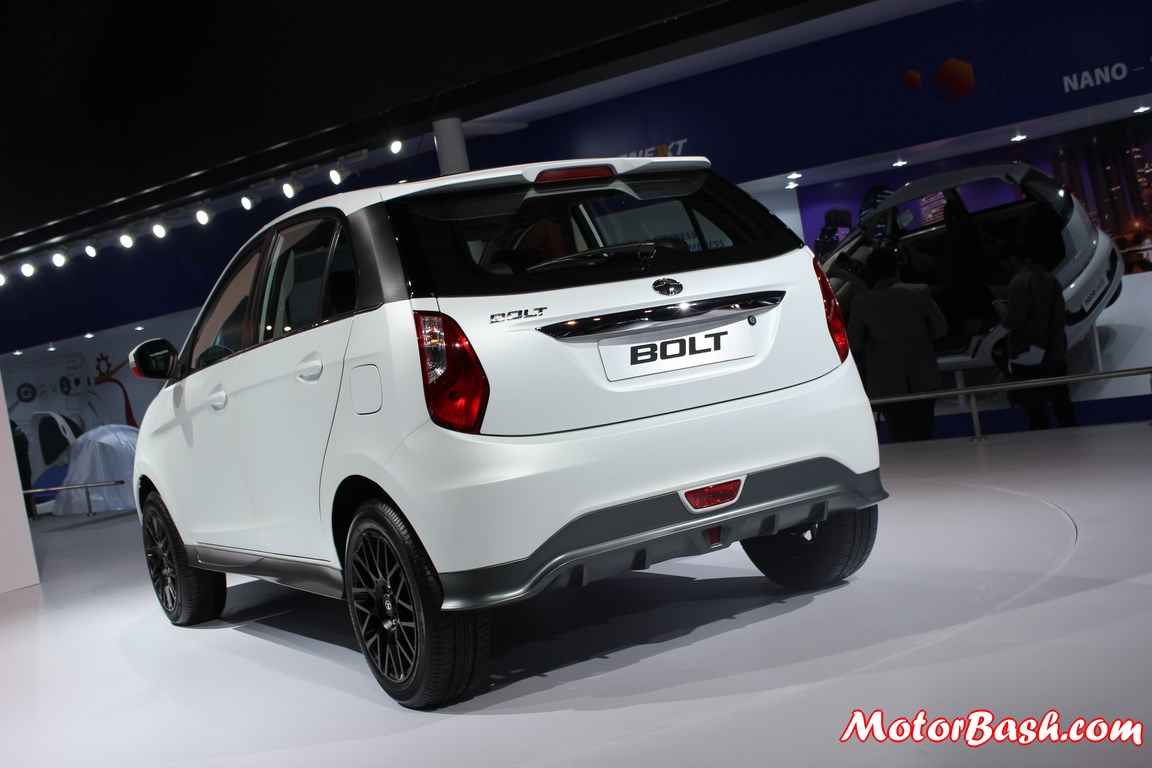 He also confirmed that the Bolt hatch is ready and that launch is being stalled for the right time. Their only aim in delaying the launch is to not confuse the public between the Zest and the Bolt. The other big reason as we see it is that, Tata intends to allow Zest to carry all the hoglight while it can before putting all their energy onto Bolt. And as the obvious is – it (Bolt) resembles Vista!

This should put all the doubts at rest and quash any other rumors on whether the Bolt will be pushed off to next year or not.

The car was first showcased days before the Auto Expo in February along with the Zest. The design philosophy of the car is a shift from its earlier archaic styling. Tata hopes, the Zest and the Bolt together will be able to bring the company out of all blues they have been through so far.