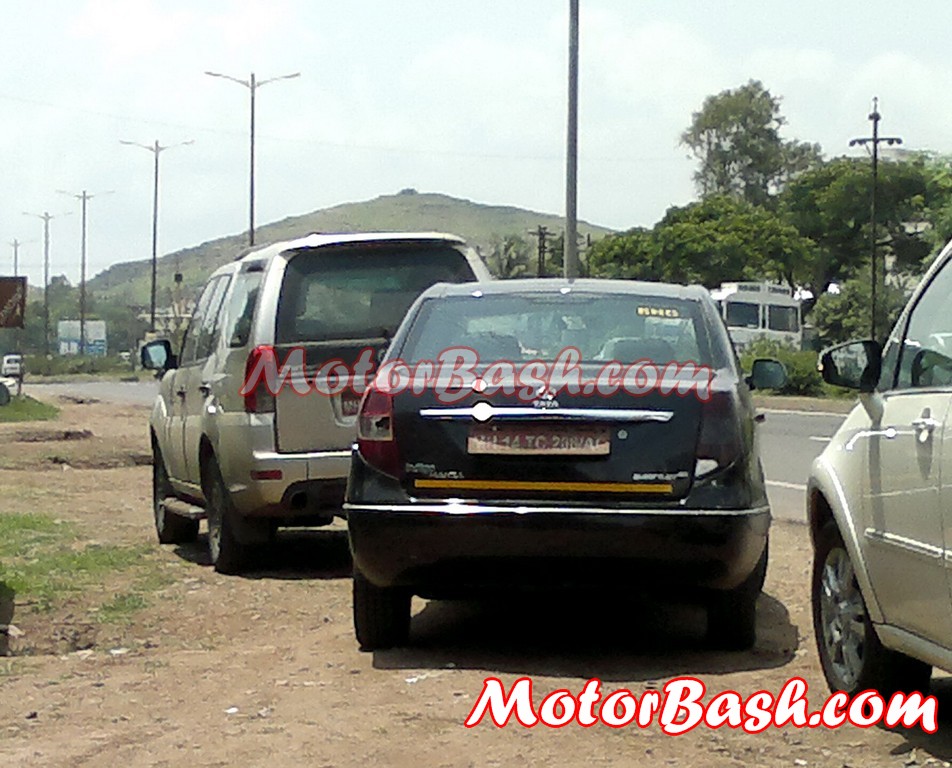 TATA unveiled the next generation Safari – Safari Storme with a lot of fanfare and noise. It was touted to be the next best thing in the SUV world here in India.

But things have changed drastically since those days. Renault’s ace Duster has made way creating an altogether a new segment sitting just under the nose of existing Safari. Compact SUVs Premier Rio with 1.3L Fiat sourced Multi-jet diesel engine and Mahindra’s Mini-Xylo are on the anvil. And then the next BIG thing, Ford EcoSport is gonna happen! Each and every product we have mentioned and a few more planned somehow somewhere rival the TATA Safari and Safari Storme (if and when launched).

Now we caught a full convoy of TATA vehicles including the upcoming Safari Storme. This was exactly at the same place where we caught the Left Hand Drive Nano under test for international markets. We asked the driver about the car and he informed us that he is instructed to drive 300kms per day.

That means, considering that this Storme would be 6 months old (on an average), he would have already run 50,000 kms approximately. We know that there are many Safari Storme’s under test and if we sit back to calculate, at least a few test Stormes must have crossed that 1 lakh mark. Combined mileage of all the Stormes would breach many lakh kms.  While there might be blocking issues that might be the cause of delay but all in all this revelation points to the fact that TATA is rigorously testing the Storme and wants to be doubly sure of the next generation Safari and wants to provide a product which can compete with the international quality products like Duster and EcoSports. 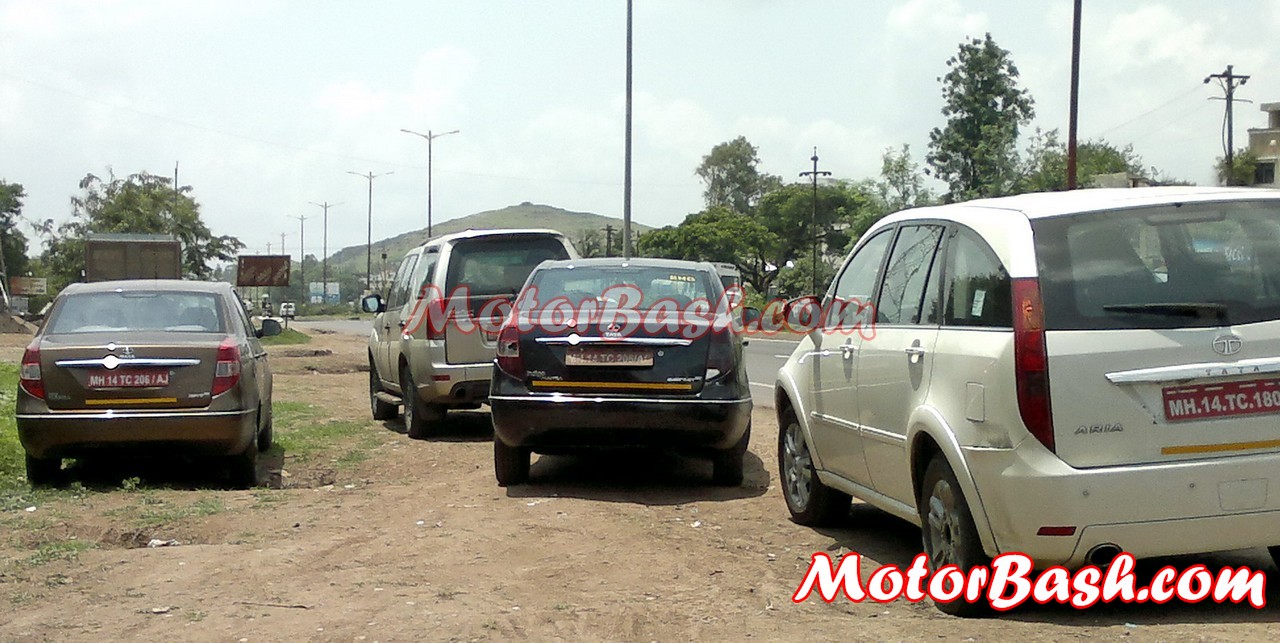 TATA is also testing the Aria extensively and we have caught specimens of the same many times. But its just not clicking in the market. Speculations are ripe that TATA might launch a price-cut version of Aria. Other cars in the convoy included a Indigo Manza Saffire petrol and Manza Quadrajet diesel, which, we were told, were being tested for gearbox related improvements.

When we inquired about any hints of Storme’s launch in the near future, he, very confidently said ‘Diwali’. Even if we do not believe that, the most logical guesstimate points to somewhere around Diwali if TATA gets ready with the product before that, that is!