Tata Motors’ Zest is a year old now. The compact sedan has helped the company get some traction in their ever falling sales. Celebrating its first anniversary, the Pune based auto major has launched a special edition of the Zest which gets some minor cosmetic changes and a few additional features.

Mechanically the car remains the same with the 1.2 liter Turbocharged Revotron engine producing 90 PS of power at 5,000 rpm. The diesel version gets the more powerful VGT version of the 1.3 litre Quadrajet mill producing 90 PS of maximum power at 4,000 rpm and 200 Nm of torque peaking in the range of 1,750 to 3,000rpm. Transmission continues to be the same 5 speed manual unit.

Based on the XMS trim the Zest Anniversary Edition gets the following 10 changes: 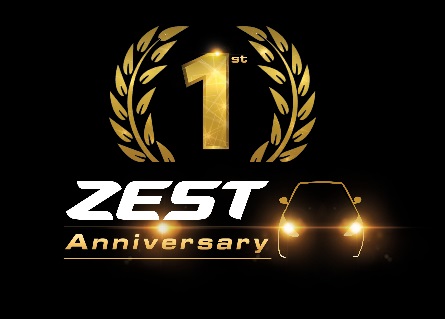 The price of the Anniversary Edition Zest is as under…

Tata says that by paying Rs 15,000 more over the price of the normal XMS variant, a customer can get all these features, which cost a lot more.