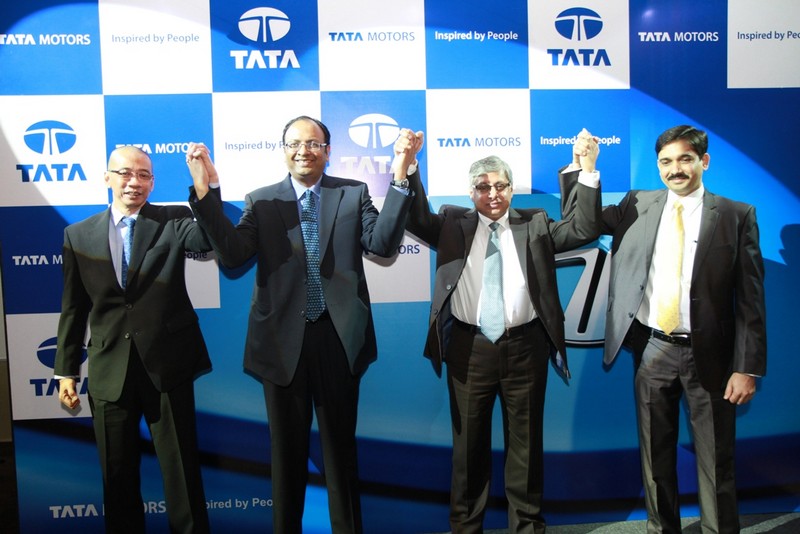 Tata Motors which is expanding its footprint in international markets announced its foray into the important Indonesian market.

Operations would be handled by a completely owned Jakarta-based subsidiary which would be called as PT Tata Motors Indonesia. Currently Tata is in process of establishing a healthy sales and service network in the country and expects to initiate commercial launch along with local assembly by next year.

Indonesia is a key market for Tata Motors, which has a wide range of products from small cars to buses in passenger vehicles and from 0.5T mini-trucks to 49T heavy trucks in commercial vehicles. The company will begin to launch its products in 2013, for which extensive preparations are now on.

Speaking in Jakarta, Mr. Ravi Pisharody, Executive Director (Commercial Vehicles) of Tata Motors, said, “Our portfolio is globally benchmarked. We are confident that our vehicles will be a smart choice for the discerning customers of Indonesia. Based on customer feedback, we will progressively introduce relevant passenger and commercial vehicles, backed by appropriate distribution and service infrastructure such that we are closest to our customers.”

Elaborating on the plans, Mr. Biswadev Sengupta, President Director of PT Tata Motors Indonesia, said, “Our research is showing that there is a large opportunity for Tata vehicles in Indonesia, with operating conditions and customer needs being very similar to those in India. We are very confident of providing smart mobility solutions.  At present, our focus is in creating a very robust service and spares support network.”

By the time of the launch, PT Tata Motors Indonesia will have about 10 to 15 dealers nationwide, offering sales, service and spare parts. Over a period of three years, the company will set up a country-wide network of about 60 full-service dealers, about 100 other workshops and about 300 more spare parts retailers.

The company is also evaluating options for setting up a manufacturing base in Indonesia to serve the country and the ASEAN region. Significant investments will also be planned for component localisation.

The company is participating in the 20th Indonesia International Motor Show, starting in Jakarta on September 20. The company will display 14 Tata passenger and commercial vehicles, being considered for introduction in Indonesia progressively. The display includes a special green pavilion of Tata CNG vehicles, whose need is growing in Indonesia.