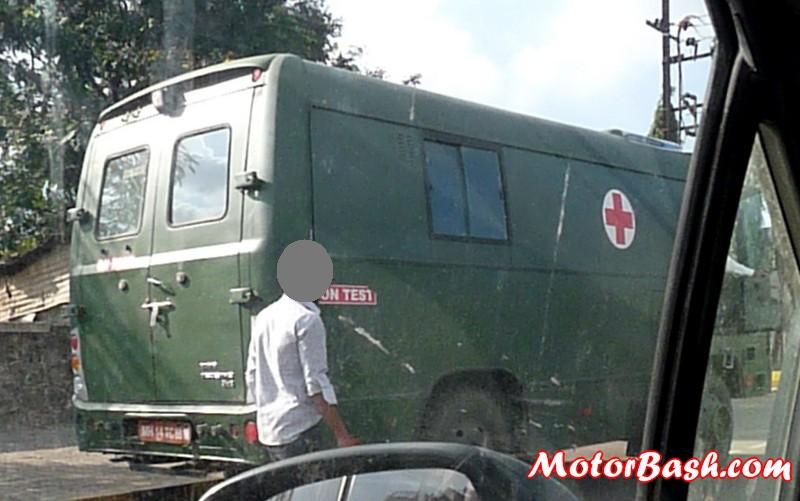 After unearthing the pictures of a Tata “Humvee” some time back, we exclusively bring to you the spyshots of a Tata Defence’s Tactical Ambulance on test.

The test vehicle was without any sort of camouflage and had an “On Test” sticker. The vehicle was draped in the standard military Green colour. There is nothing much to speak about the design of the vehicle; it is devoid of any attempt at sculpting a good shape.

Nevertheless, do we really need a good looking vehicle on the battlefield??

The test vehicle looks very similar to the LPA 713 by Tata Motors. The LPA 713 is currently offered in two variants by Tata Motors. One of them is an Armored Troop Carrier with a seating capacity for 12 personnel. The other variant is a Bomb Disposal Truck, which can be used to carry the Bomb Disposal Squad and its necessary equipment. It can also double up as a cargo truck.

You can have a look at the LPA 713 as well as other strategic offerings by Tata Motors here. 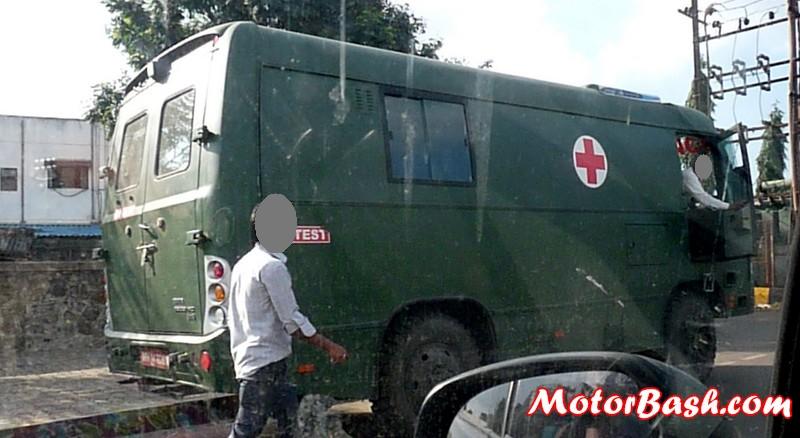 The vehicle on test appears to be a new offering in the form of a tactical ambulance. One can notice that the windowpanes on the vehicle profile are different. Most importantly, the sticker on the profile identifies it as an ambulance. It can also be seen that it is equipped with all-terrain tyres as compared to regular ones on the other two variants. Add to that the 4×4 badging at the rear confirms its off-road capability nature.

Will our Jawans be happy on seeing this vehicle??