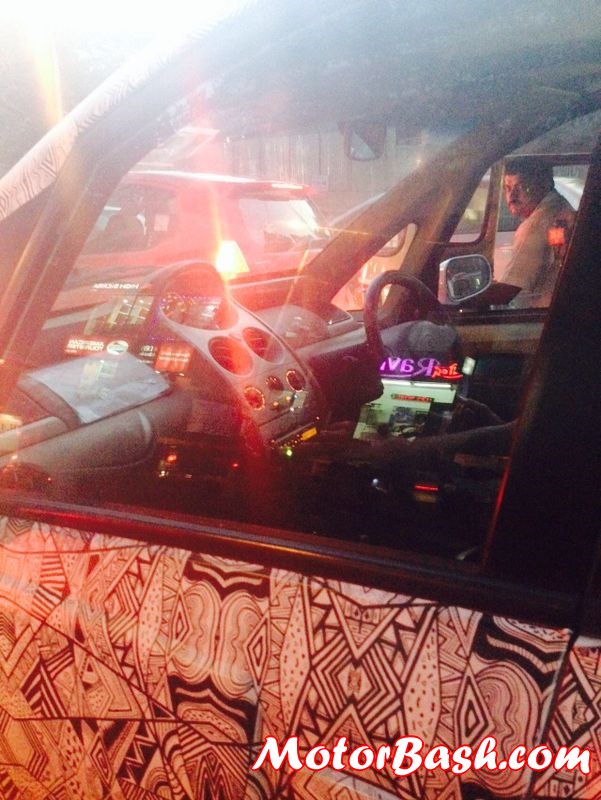 Ever since Tata promised a revamp of their tiny little Nano into a ‘smart city car’, there has been a renewed interest among enthusiasts. This is because, Nano’s dimensions are just about appropriate for average daily point A to B hauls amidst heavy traffics of bigger cities.

One of the many models of Nano’s upcoming lineup includes the Nano Automatic which will come with an Automated Manual Transmission. Tata showcased the car at the 2014 Auto Expo in February in its facelifted form and it will be launched later this year. 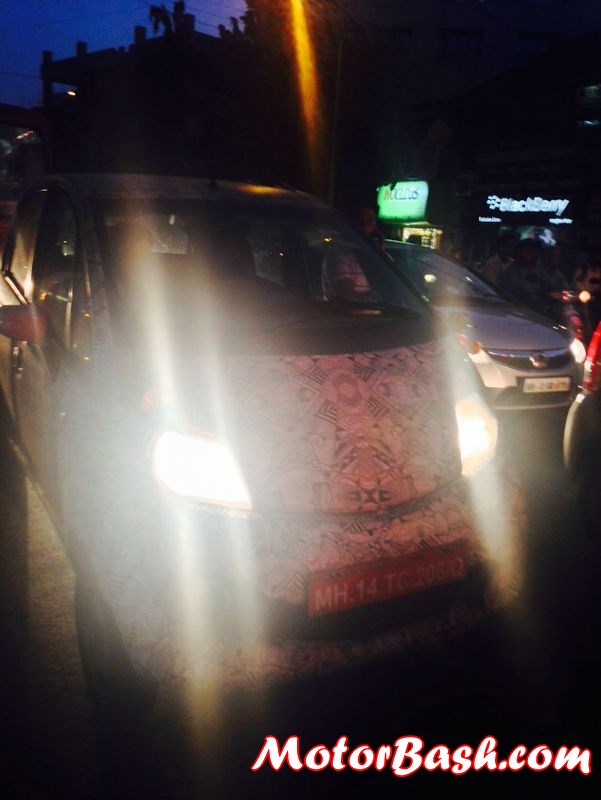 One of our avid reader Savio Tavadia has snapped the car under tests in Pune on the busy FC road. Savio tells us that this mule was relatively silent than the auto rickshaw-like note of the current Nano! This mule is running in the facelifted guise ie with new smiling front and rear bumpers, refreshed headlamp cluster and though not conclusively visible, there is a big possibility of it running with an openable hatch. This was also confirmed by Savio. 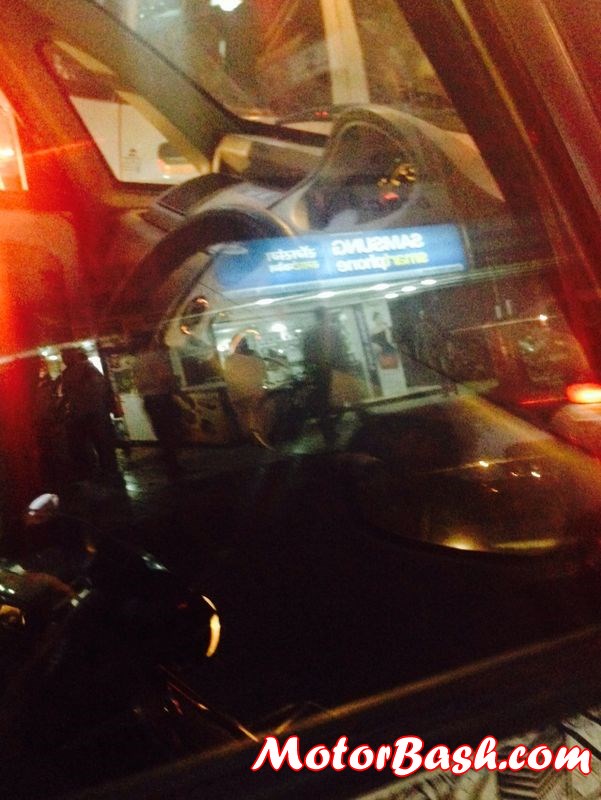 Apart from this, this Nano AMT mule has a music system, refreshed non-dark interiors as well as beige seats. Unfortunately, the instrument cluster is still placed at the center! Nano F-Tronic as Tata calls it as, will go on to become the cheapest automatic car in India after its launch. 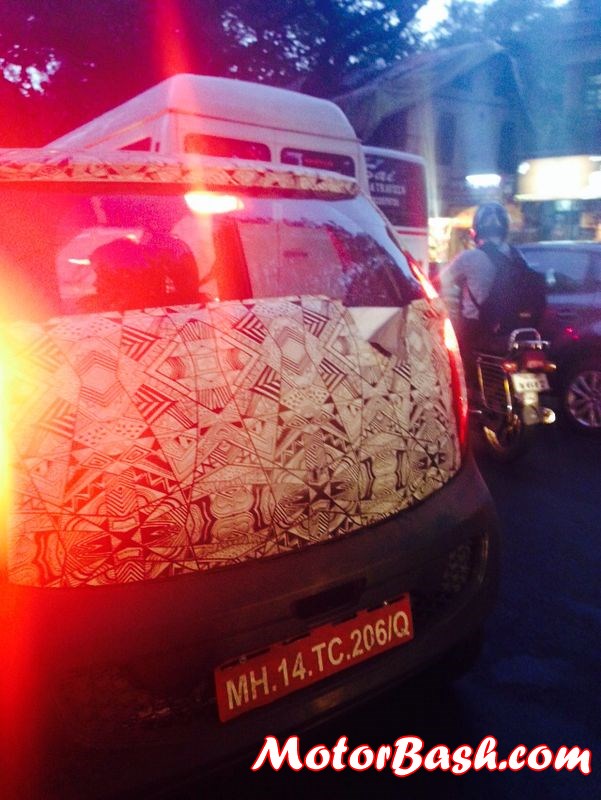