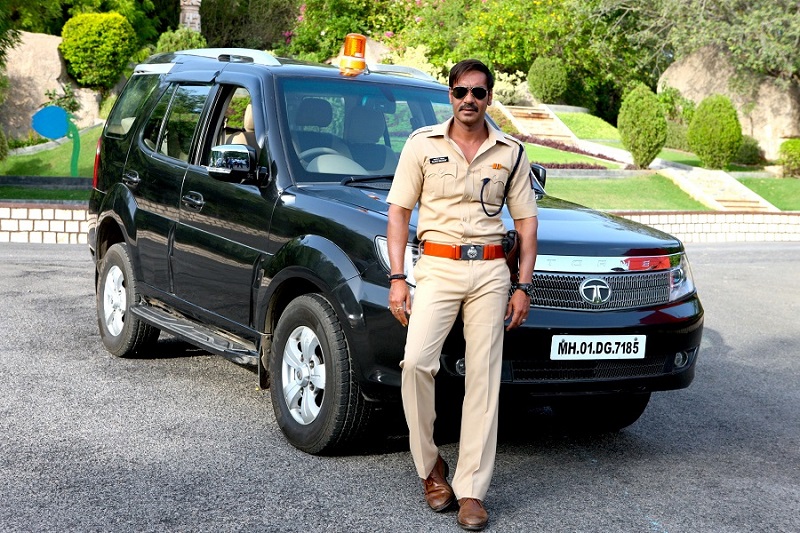 At one end Tata Motors is busy promoting its upcoming Zest and Bolt by sending the cars out for test rounds covered in promotional camouflage, at the other, they have not forgotten their existing line-up. They are using several interesting promotional strategies to keep the buzz radars active and pinging continuously.

After cricket, Bollywood is probably one of the most important religions (if I may dare say so). Tata informs us that their cars have been featured in the upcoming movie Singham Returns, a sequel to the hit movie Singham. The Ajay Devgan and Kareena Kapoor starrer movie, which is scheduled to hit theaters across the country this independence day, will have:

Tata’s management believes that this movie will be an ideal platform to showcase the youthfulness and exuberance of these cars. The country’s largest automotive company, Tata Motors, is not experiencing an association with the silver screen for the first time. Earlier they had showcased the compact sedan Zest and hatchback Bolt at the IIFA Awards 2014. The cars gained much love and appreciation from a host of stars there. Before this, they were also a part of the mini-series 24.

The cars have been linked to the characters pretty well. For example, Ajay Devgan, who is playing the character of Bajirao Singham masculine image, shall be carried over well by their SUV Safari Strome. In addition to these on-screen activities, Tata Motors’ association with Singham Returns impeccably flows into the off-screen field as well, which shall have a series of initiatives across media platforms, along with exciting customer engagement activities with the celebrities.