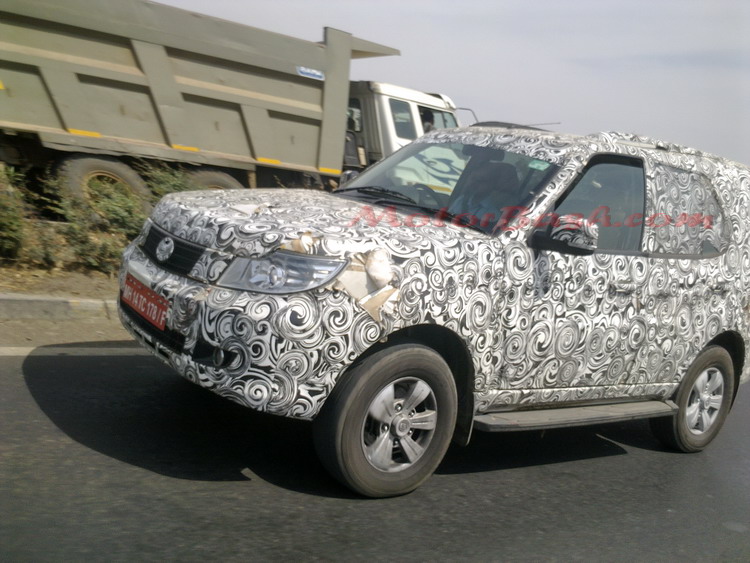 One of the most prominent unveils from TATA this Auto Expo was the upgraded version of Safari which they called as Safari Storme. This car was caught under camouflage many times before TATA finally pulled it out of wraps in the Expo 2012. 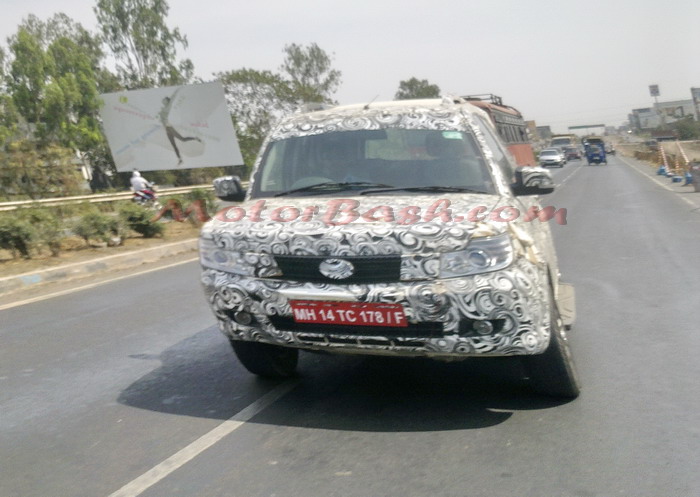 However, today the same completely camouflaged Safari Storme was caught testing. The biggest hitch was that even the TATA’s badge was also hidden, the reason for which is best known to the company only. This was caught on the same road and same way where I spotted the ARIA Left Hand Drive. 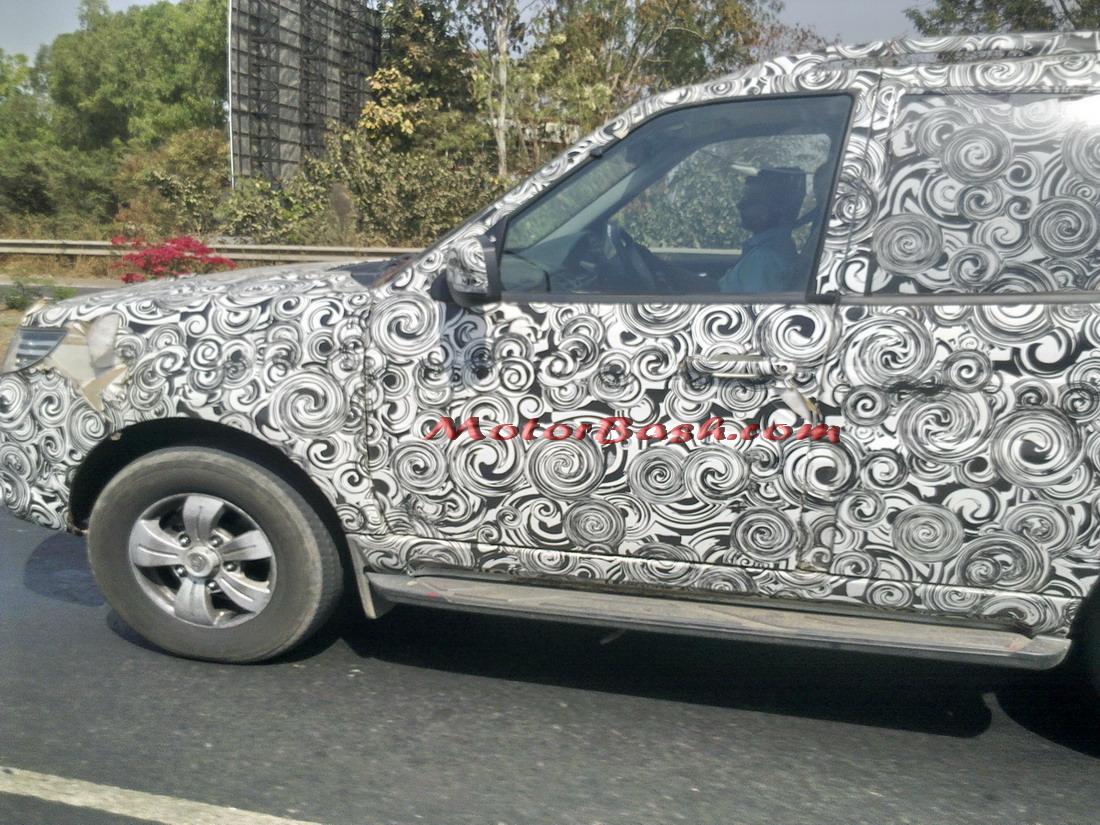 According to speculations TATA is planning to launch this SUV in early 2012 at a price tag around 11 lakh which makes me wonder how is it gonna sell in the XUV5OO dominated segment. TATA should reconsider pricing of Storme if they want this SUV to sell and also let the ARIA do some business. 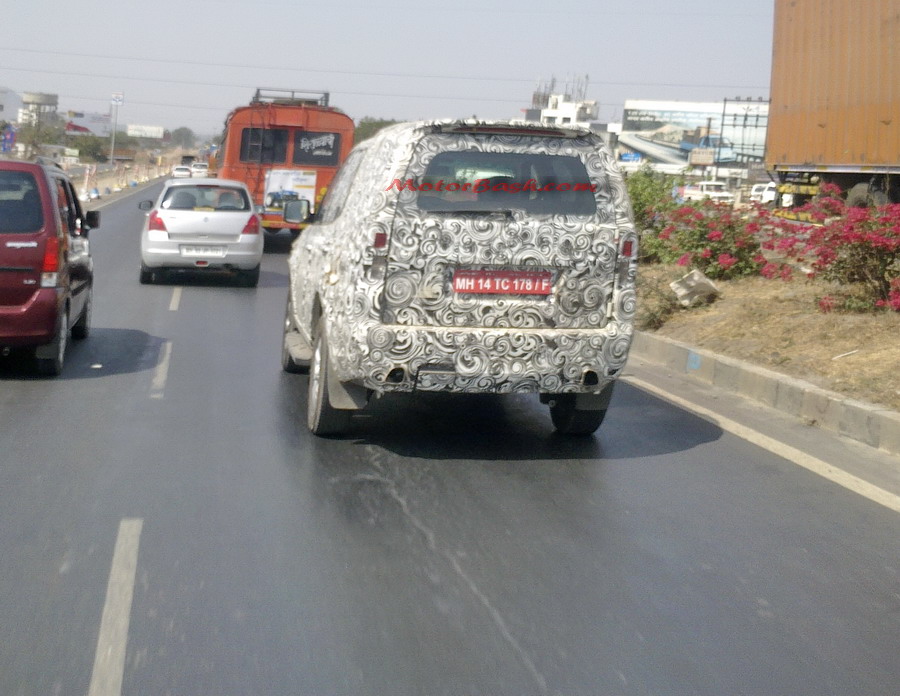