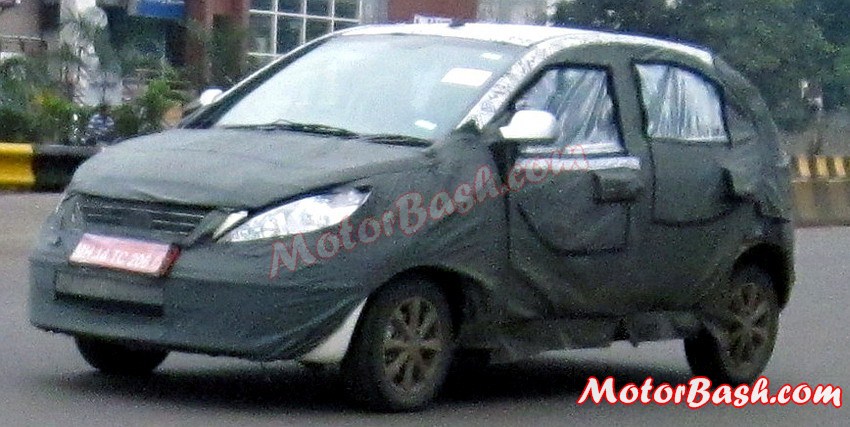 It appears that the  heydays of Tata Motors in India are very much over. It has lost its erstwhile territory in the passenger vehicle space to the competition which is teasing Tata from all corners!

To regain lost ground, Tata Motors is investing in an Advanced Modular Platform (AMP) which is similar to Volkswagen’s MQB and Renault-Nissan’s CMF platforms and is being worked upon by Tata Motors European Technical Centre as well as its Engineering Research Centre in Pune.

The Advanced Modular Platform, also known as “X4” inside Tata circles, is a project that aims to increase common ground between various products, thereby lowering costs as well as increasing flexibility in the use of components. For the end customers, it  means products that are less expensive yet do not lay back on quality. It also means newer products will be launched within a smaller time gap.

Economic Times reports that Four different products are coming under the purview of the AMP, namely :

It is also mentioned that there is a lot of internal buzz regarding this AMP. It is being touted as a game changer, and the next big thing since the Tata Nano.

However, there are significant challenges to such a project. The most teething problem will be the considerable amount of time that will be gobbled up by such a project. On a very conservative estimate, the first vehicle will roll out of this AMP assembly line by 2015-16. Hence, Tata Motors is banking on model refreshes and facelifts till the incubation time passes by and new steeds start arriving out of its stables.

Here is what Tata has on the Menu till then :

In this era of its thawing edge in the face of heightened melee, the AMP does seem a good bet for Tata Motors. With JLR in its kitty, Tata Motors does have all it takes to build a future-proof modular platform. The only challenge that remains is – ‘Only if Tata can do it in Time’! We have known that Safari Storme was delayed by almost 5-6 years and was initially planned for a 2007-2008 launch.

So, will Tata be able to hit the bulls eye this time?