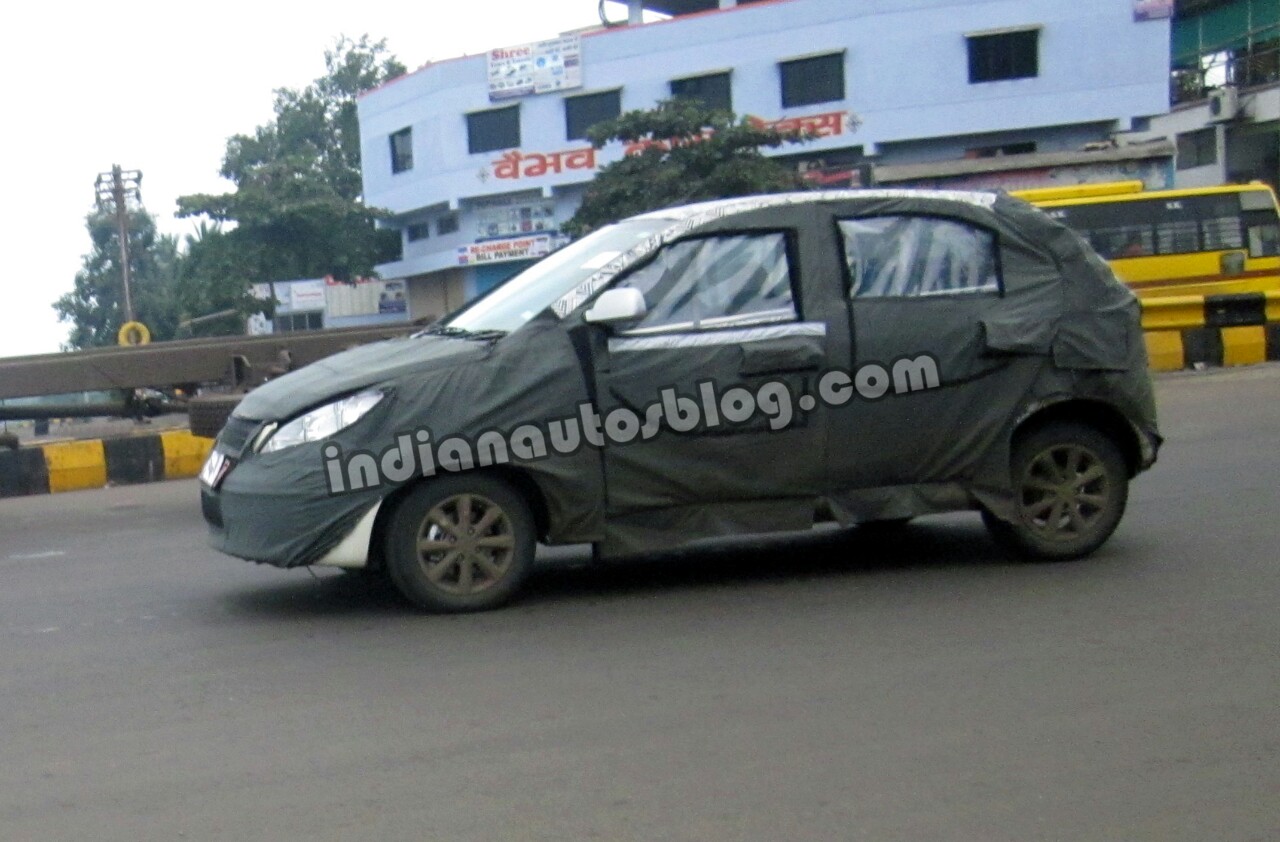 One eagle-eyed reader of Indian Autos Blog has snapped a test mule of the 2014 Vista clad in black camouflage fabric. This Vista mule was caught testing on the roads of Pune.

Tata Motors has been spiralling unarrested towards decline. The influx of numerous competitors has caused it to be displaced from its earlier position of relative influence. Market shares have fallen, and revenues have declined. To stem the rot, they have unleashed an ambitious “HORIZONEXT” strategy which plans to unveil model refurbishes at regular intervals.

There is a huge chance that this Tata Vista facelift could be unveiled at the 2014 Auto Expo. The Vista was launched exactly six years ago, hence the time does call for a refresh and a significant one at that!

Coming to the test mule, we must say it leaves a lot to the imagination. Completely hidden under the black swathes, the surface could be anything : Reworked or “Just the same”. It is clearly noticeable that the headlamps, rim designs and the tail-lamps too look pretty similar. So what exactly is going to change and why is the mule completely covered?

Nevertheless, the tail-lamps appear to be decoy elements set upon us to create confusion. It is probable that the Christmas-Tree style lamps could be replaced by a standard Mid-level mounted cluster-type of lamp arrangement. Another change seems to be the positioning of the number plate. It has gone upwards onto the bootlid from the earlier position on the bumper.

We thus conclude that this facelifted Vista could have a majorly reworked rear part. The other portions, according to the current photos, could go untweaked. 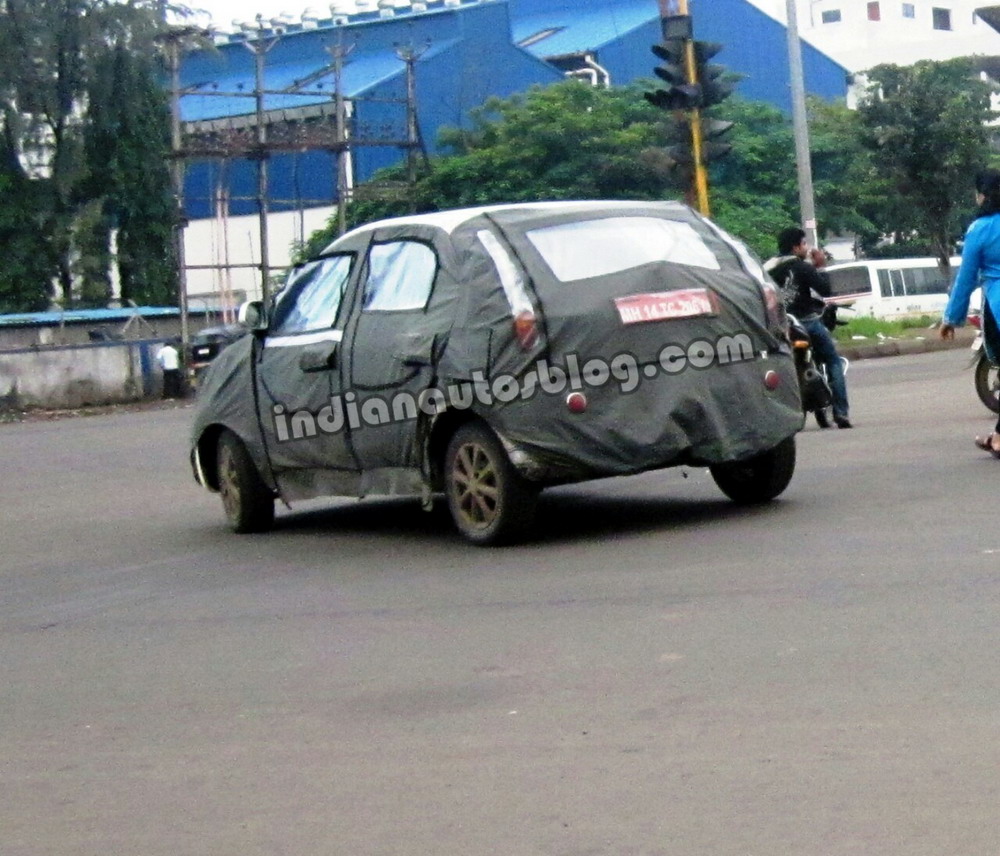 The Vista facelift could continue with its current engine options which include the Fiat-sourced 1.2-liter FIRE petrol and 1.3-liter Multijet diesel. This 1.3L diesel is available in two tunes, one 75PS and the other 90PS. A BS3 1.4-liter TDI in-house diesel is available too and there is all the possibilities of Tata upgrading it to the more modern BS4-compliant CR4 diesel engine, test mules of which we have exclusively shared (Check Spyshots).

As a first we will urge Tata to do away with the family name of Indica completely from the car and call it simply as New Vista! Keep tuned to us as we dig around more for the Vista facelift.