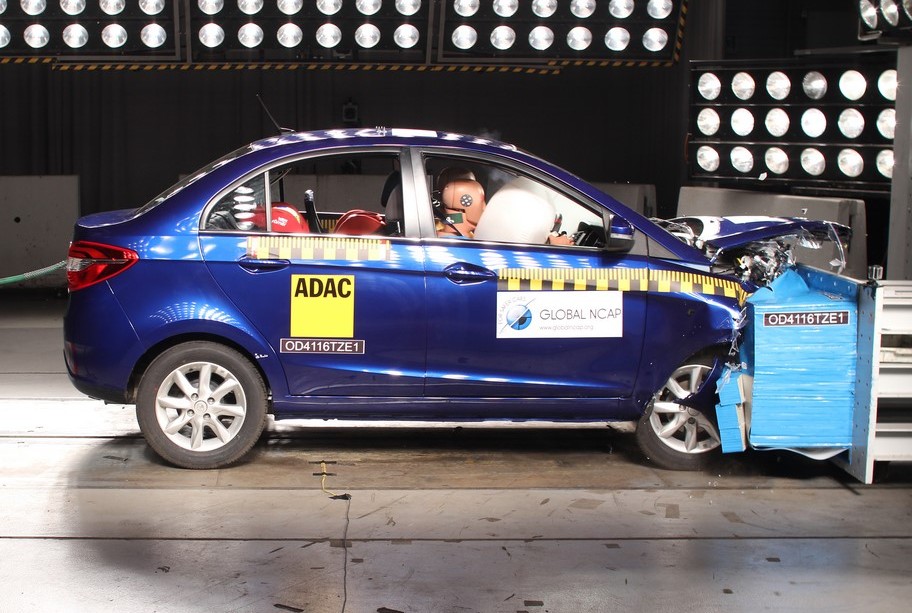 Indian car makers have often faced a lot of criticism for their lack of safety features. Tata took things in hand and offered the Zest with a special safety-centric mid variant. Guess, how did that fair? 4 stars!!!

Yes, you read that right. The Tata Zest with two airbags has scored a 4-star rating at a recent Global NCAP testing. As a part of the ‘Safe Cars for India’ campaign, Global NCAP has been testing several India-made cars. The most shocking result has been of the Mahindra Scorpio which got a 0-star rating.

Initially, the non-airbag version of the Zest was tested and it got a 0-star rating for adult occupation. Child occupant safety though got them a 1-star rating. The testing agency gave Tata another opportunity and they introduced a structural improvement to the entire Zest range while Global NCAP tested the new version with optional airbags.

Here’s what David Ward, Secretary General of Global NCAP had to say:

“Tata has shown how they can dramatically improve the safety of the Zest. It is encouraging to see a major Indian brand improving the safety of their models. We strongly encourage Indian consumers to opt for the much safer four star rated option. We also urge Tata to consider making the two airbag version of the Zest their basic model.” 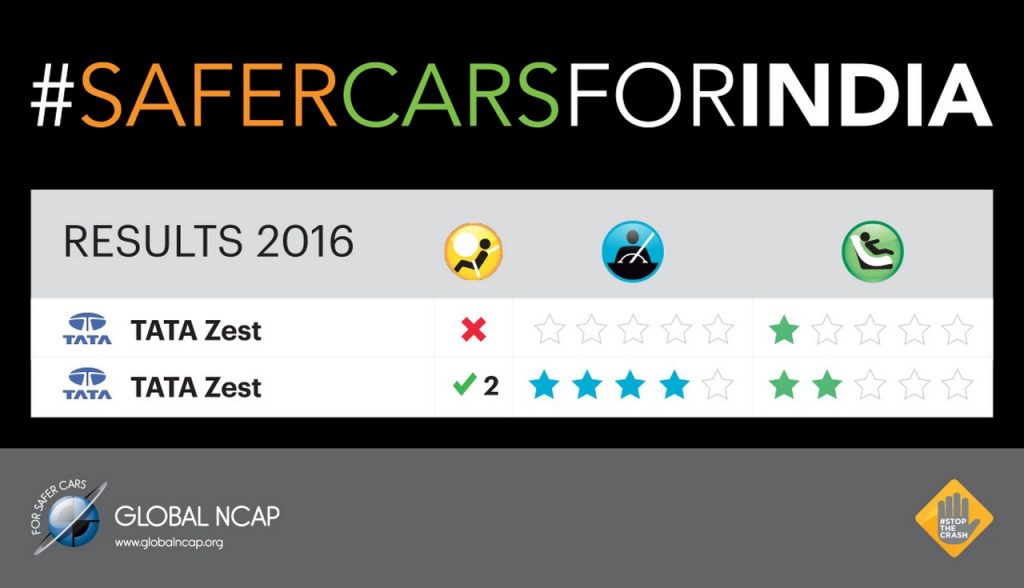 The bodyshell is rated as unstable and it cannot withstand any further loadings. Its total score was 11.15 out of 17.