Yes, pricing. That is the key to the success for automobiles in India. No matter how good your product is, if you are a volume player, you will have to price your product competitively to make your car a success story. Of course, efficiency is a big factor too but pricing is what manages to first attract the consumers to a product – any product.

Tata Motors has been going downhill for quite some time now. Things had been looking pretty bleak when they first started working on the Zest. Their market share was going down faster than ever. 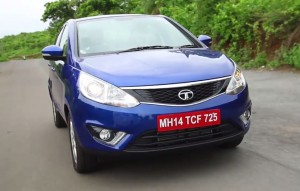 Things began to look encouraging again just before the Auto Expo when they showcased, for the first time, their two upcoming cars – a compact sedan, ‘Zest’, and a hatchback, ‘Bolt’. The build quality was unlike any of the earlier Tata products and boasted of a new petrol engine which they call Revotron. The suspension and powertrain have inputs from the country’s first Formula One driver, Narain Karthikeyan! While the Bolt will be launched later on, the Zest is what the world gets to ogle at now. 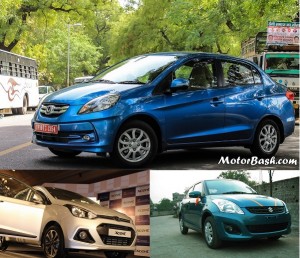 The pricing of the Zest sedan looks capable enough to spark a price war. The car starts with an introductionary price of Rs 4.64 lakhs for the base variant (ex-showroom, Delhi) making it cheaper than even the cheapest Hyundai Xcent on sale at present.

Tata Motors has finally come up with a product with amazing build quality and a killer price tag which has potential enough to fuel a full-fledged price war. It has the cheapest petrol but its diesel is only a tad bit more expensive than the Xcent. The top-end though is cheaper than all the other cars in both petrol as well as diesel. Most importantly, Tata has also brought the Automated Manual Transmission in the Zest diesel and THAT is something that will surely going to get a lot of attention from the potential buyers in this segment.

Do tell us your views in the comments section.