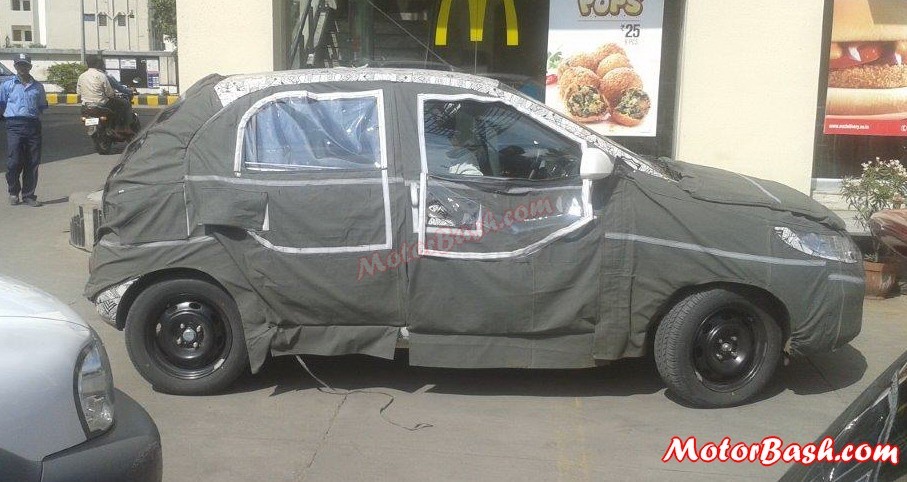 February Auto Expo 2014 seems to be holding a lot of promises for the Indian petrolheads. In the recent developments it has been announced that TATA Motors is planning to unveil new hatchback and a compact sedan during the Auto Expo 2014.

According to a revelation by Autocar India, TATA Motors is planning to unveil their two new products, one of which will replace Vista and the other will be sort of a premium compact sedan under the ‘X1’ platform. ‘Falcon’ is the codename that Tata is calling them for now.

‘Falcon 4’, which will replace Vista, will come in both diesel and petrol versions. The 1.2 liter petrol which presently does duties in the Vista is the base for the new powerplant for the new hatchback. It is a proven powerplant of around 69 hp and can stretch a liter of petrol for 10-14 Km. Improved upon, it will surely exceed those numbers.

‘Falcon 5’ as it has been called, is the upcoming compact sedan which is touted to replace Manza and sit over the current Indigo eCS. This sub-4 meter sedan will also share the 1.2 liter petrol being developed, albeit the power and output will be larger. The ‘Falcon 5’ will also have the current diesel powerplant derived from Manza, which produces around 90PS. The petrol version for the compact sedan is going to be more powerful and we could expect the power output to be somewhere around 100 bhp or more.

TATA Motors have been stretching the Vista and Manza model for quite some time with facelifts and assorted engine options, but it is time that they come out with something fresh; something more sophisticated. Incidentally, the ‘Falcon 4 and 5’ are being developed at TATA’s European design centre and one could very much hope that the upcoming hatchback and the compact sedan will help TATA to regain its position in the small car segment.

It is being reported that Falcon 5 will be launched earlier than Falcon 4; both of which are expected around the next festive season.

We know what you are thinking! Let us wait for more information to pour in before we understand what’s really cooking at Tata.