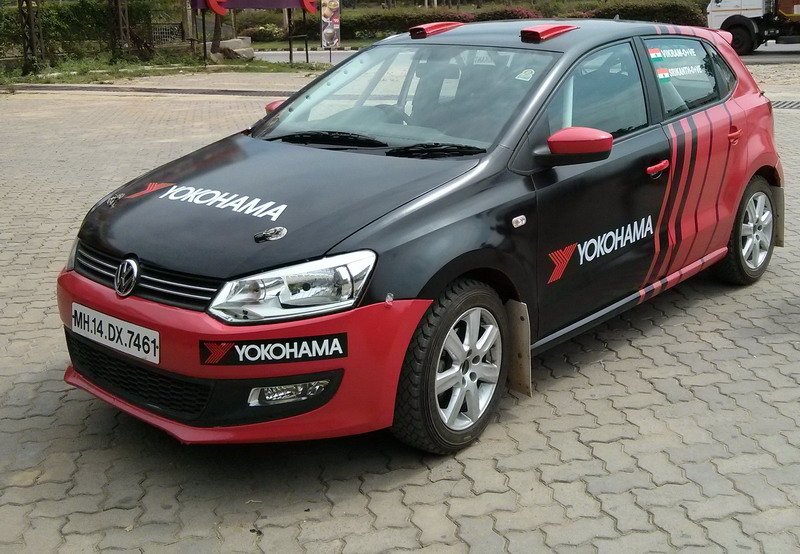 Yokohama, the Japanese tire major, has for the first time taken part in the Indian Rally Championship (IRC) under the banner Team Yokohama. The rally was held from June 13 to June 15, 2014. This is the third edition of the Indian Rally Championship at Nashik (which is the location for the first round). The team colors were revealed before the rally began.

This was the first time Yokohama participated as a full-fledged team in an Indian motorsport event. The Indian Rally Championship is a rallying series controlled by the Federation of Motor Sports Clubs of India (FMSCI). The Nashik leg of the rally has a total Distance of 621.31km, where all special Road Surface Stages are asphalt. The company has tasted success in the past when they won the Himalayan rally for three consecutive years in 2009, 2010 and 2011.

The IRC in the present form will have three rounds in the East zone (Baripada, Kolkata and Ranchi), one each in North (Jaipur) and West (Nashik) and four in the south (Chikmagalur, Bengaluru, Coimbatore and Chennai). Manufacturers such as Yokohama being a part of the Indian motorsport scenario will be a big boost to the condition of the sports. The company is the tire supplier for leading international brands like Audi, Honda, Mercedes Benz, Mitsubishi, Nissan, Porsche, Suzuki and Toyota.

Its association to the world of motorsports is pretty well known. It is sole official tire supplier for the FIA World Touring Car Championship (WTCC) since 2006 and Formula 3 for 31 consecutive years.