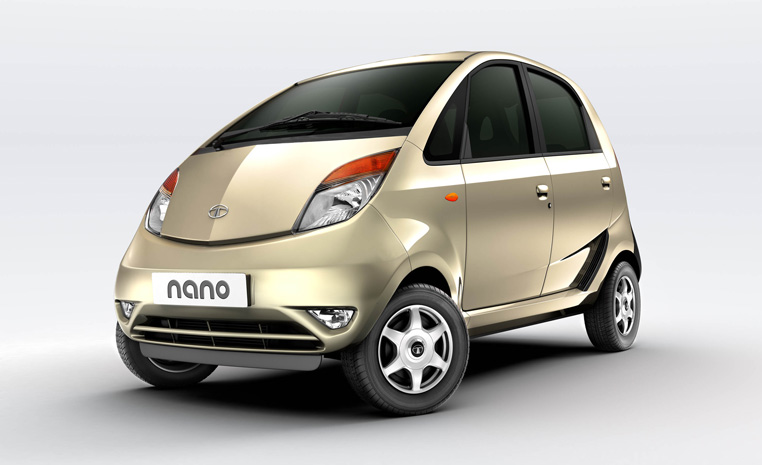 The spectre of gloom continues to cast a dark shadow over the Indian automobile market. Touted as one of the emerging markets of the world where a lot of potential was yet to be tapped, it had seen a lot of foreign companies setting up shops over the last decade.

Now the initial sheen seems to have been lost due to a sagging economy, and there has been a 6.69% fall in the number of cars sold, for the first time in a decade.

Among the worst-hit lies Pune based Tata Motors and surprisingly their “People’s Car”, Nano. Launched in 2009 at an ex-factory price of 1 Lakh, it had created ripples across the world as the “Cheapest ever car”. It seems the tables have turned completely for the Nano, with only 948 units being driven out of showrooms this April.

There has been an 88% fall in Nano’s sales figures over a year with 8,028 units being sold in April last year. Nano has a poor record in the overseas markets also. Last year in April, no unit was exported though it made a foray into Sri Lanka. The situation stays “Even-Stevens”, with Tata Motors failing to export any unit in April 2013 too.

Tata Nano has been facing dogged problems for quite some time now. Things had started to take a turn for the worse from the last fiscal itself, with a 27.75% fall from the sales numbers of 74,527 units in the fiscal 2011-12. Overseas record was not confidence-inspiring too, a fall of 95.21% being recorded from 3,642 units in 2011-12 to 166 units in 2012-13. Ratan Tata has admitted that Tata Nano has not realized it’s full potential due to teething problems like plant transfer, insufficient ad-campaigns and dealership networks that stared at them in the initial years.

Not only the Tata Nano, other models across the portfolio of Tata Motors have been facing a downslide as well. A decline of 14.85 % has been reported in total vehicle sales, and the general mood in the industry is something that can’t be called upbeat. Meanwhile, Tata is preparing a new 2013 Tata Nano Refresh which will be an attempt to boost its sagging sales. Meanwhile, can Cyrus Mistry’s cherubic smile bring about a change in Tata’s fortunes?

1 thought on “The Slump Continues: Nano Registers Only 948 Unit Sales in April 2013”