The next-gen Innova has been unveiled by Toyota Indonesia and it surely looks fresher and a lot more interesting than the current version. The MPV has been clicked by Muhammad Yusuf Lazuardi on Indonesian roads and compared to the outgoing version it manages to sport a futuristic face. It will be available in three variants and Toyota says that the new car, which is primarily an MPV, will also provide the ‘feel’ of a crossover. The most exciting bit about the next-gen Innova is the new 2.4 litre diesel engine!

The new Innova is set to be powered by a 2.0 litre petrol mill and a 2.4 litre diesel engine in Indonesia. The availability of an automatic transmission will also broaden the appeal. Expect the Innova to have greatly improved on build quality and cabin comfort. The features list has been expanded and includes dual zone automatic climate controls.

The new Innova sports a dual slat chrome grille mated with swept back LED head lights and LED daytime running lights. The rear gets a prominent roof mounted spoiler and split LED tail lamps but for some reason, it resembles the Mobilio a wee bit. 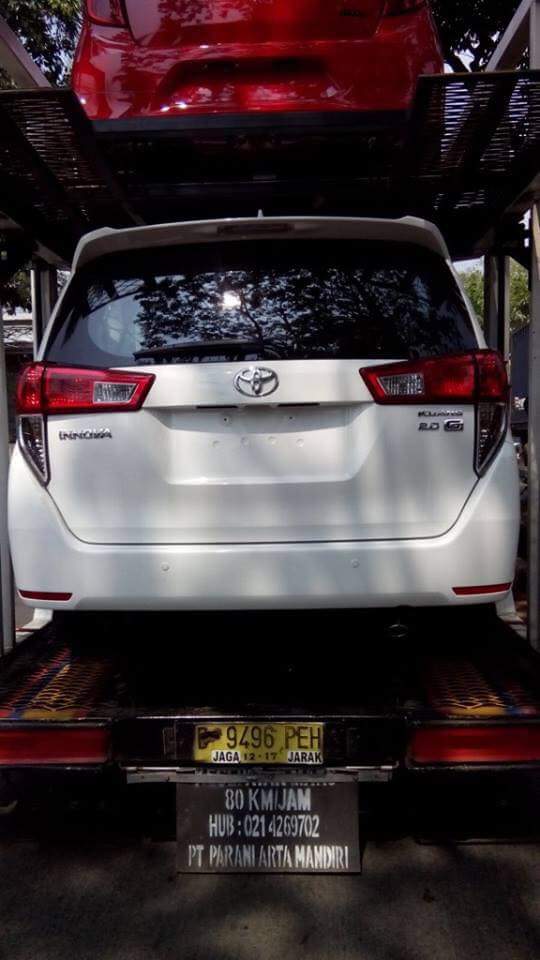 Indian consumers though will have to wait for quite some time before they can lay their hands on the new Innova. In fact, according to a conversation we had with a Toyota official, the next-gen Innova is NOT coming to India before 2017!