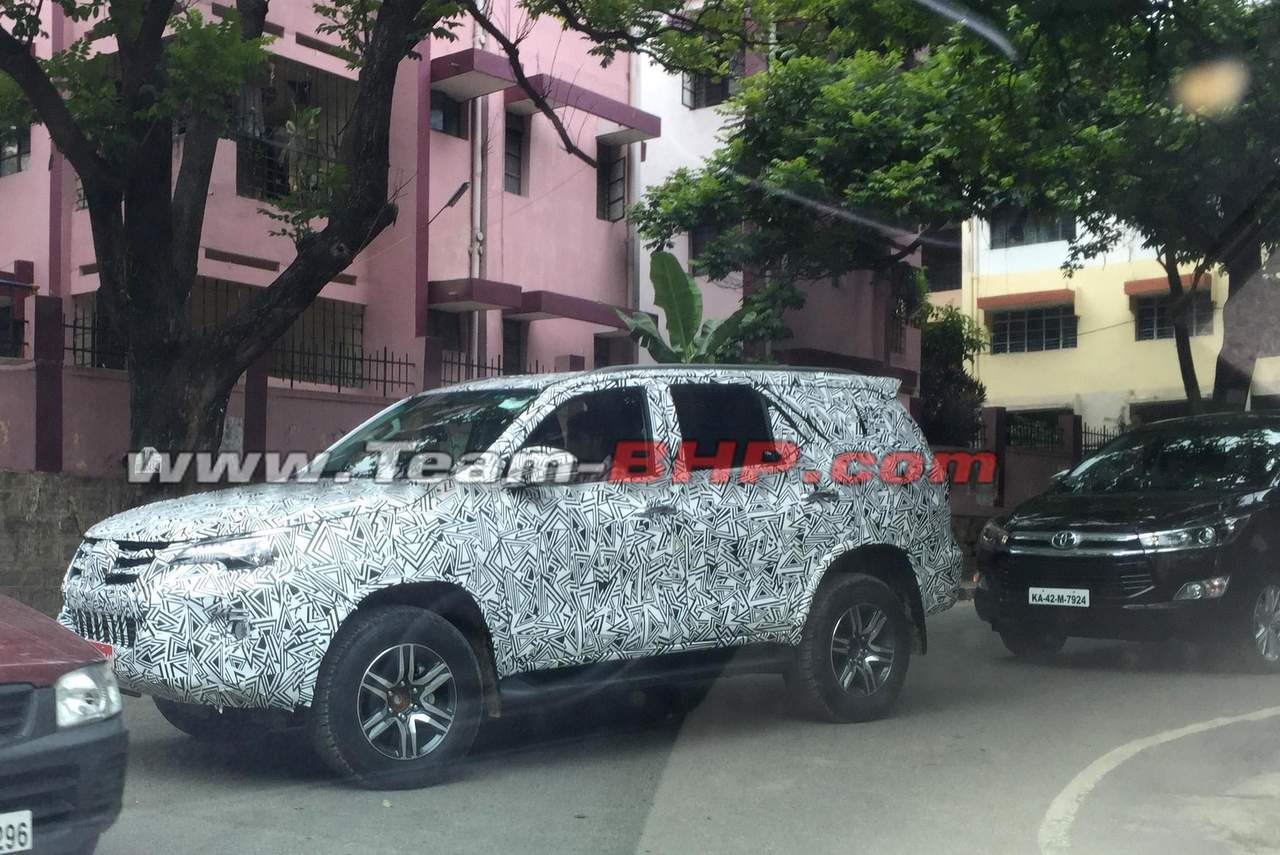 The folks at Toyota have been badly affected by the diesel ban in NCR. The new Innova is yet to be launched here but the solution to that can be the soon to be introduced petrol version of the MPV. However, their biggest prize, the Fortuner, as we had said earlier, will be launching next year. Too long a delay eh? However, all seems not lost yet as the SUV has been spotted testing in India again.

The new Fortuner will be powered by the latest generation GD series of engines which are manufactured at Toyota’s new engine facility. The 2.4 litre variant churns out 150 PS of power and 400 Nm of torque. The bigger 2.8 litre mill though churns out 177 PS of maximum power and 450 Nm of peak torque. Transmission options include a new 6 speed manual and 6 speed auto unit. 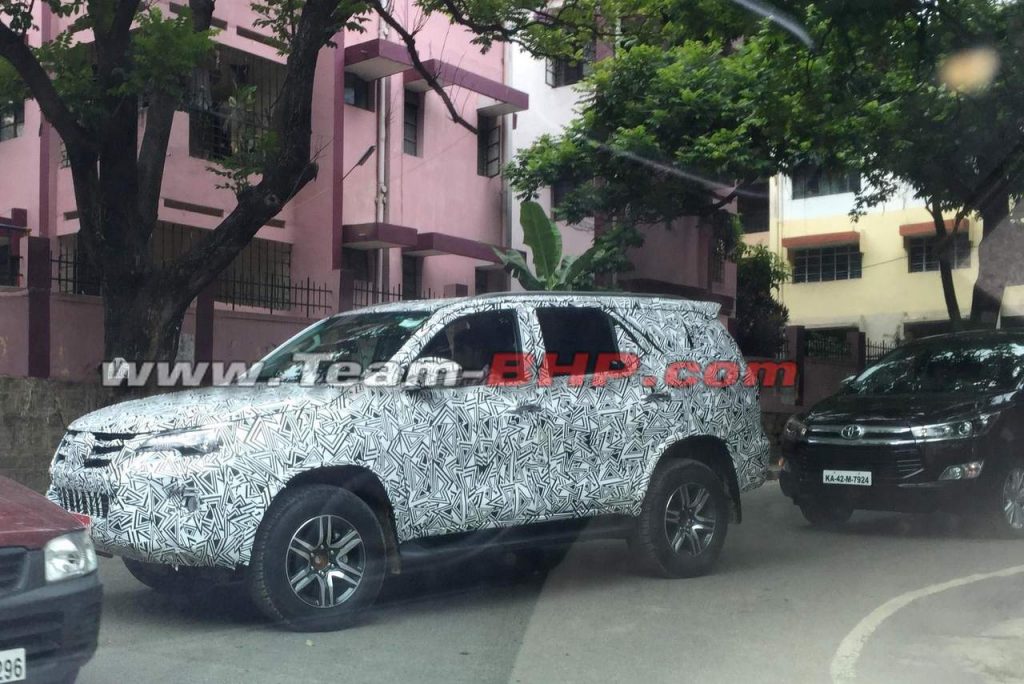 Spy photos of the SUV have come up in the TeamBHP forum when the SUV was out for a test in Bangalore. It gets a package of 7 airbags in the international market and considering the safety first rule they have in India as well, we would not be surprised if the Indian version continues with the same. Other features include front and rear air conditioning, 8 inch touchscreen infotainment system, 3 spoke multi function steering wheel, dual tone interiors and 18 inch alloy wheels. 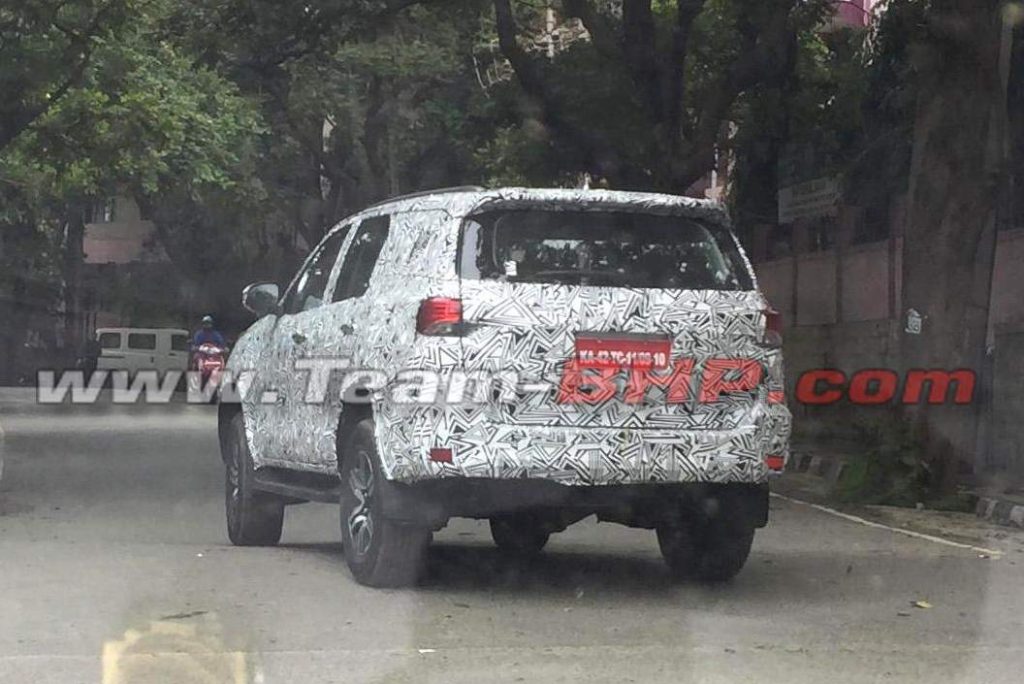 Both two-wheel drive and four-wheel drive versions will be available for sale. We just hope Toyota Kirloskar does not increases the prices a lot as the existing version is anyway pretty expensive.