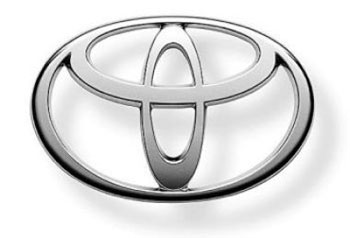 After Toyota lost their position to BMW, they’re up to catching up with the leaders of the Compact Car segment, such as General Motors and Volkswagen. Toyota Motor Corp is looking into ways that will reduce their dependency on mature markets like North American, European and Japanese car markets.  Car makers like General Motors and Volkswagen are Compact Car segment leaders just because of the countries like China, India and Brazil. Because car markets in these countries are emerging and the primary contributors of the total sales. Toyota aims to sell half of it’s total vehicles in these emerging markets by 2015.

Mr. Yukitoshi Funo, Executive Vice President, Toyota, said that specially in the South-East Asia, Volkswagen and others are looking to challenge Toyota’s lead and they won’t be sitting idle. Toyota will launch 8 new compact cars by 2015, targeting combined annual sales of more than 1 million vehicles in over 100 countries during the period.

The upcoming cars are expected to be priced around Rs. 7 Lakhs. Toyota says they will aim to manufacture these cars locally in every market possible, as it would help them to reduce production cost.  but in order to that, Toyota will need to strengthen their R&D facilities in those markets. The company thinks that the production capacity in the emerging markets will rise from 2.38 Million (in 2010) to 3.1 Million cars annually, which will be matching the levels in Japan.

Mr. Funo denied any truthfulness of the rumor of launching a $6,300 car for the Indian Car Market. We won’t go to that segment as we want to beef up our presence in segments where we can be competitive, he said. Car manufacturers like Nissan and Hyundai are planning for ultra-low-cost cars, aiming the potential customers upgrading from motorcycles. but Toyota denies entry into that segment as they think that there are many options for customers looking in that price range, including used cars.

So expect Toyota to bring fresh new models in India and that too for a competitive price!